April 8, 2015, dinner at In Den Rustwat in Rotterdam. Do I even remember much about this dinner? Of course not, it was ages ago. But I have badly lit pictures and I even took notes, so let’s give it a shot. Subscribed readers may have noticed that the inebriated pig became the silent pig for a few months. But the pig is back. And the pig has a lot to share about restaurants in New York, Nashville, the Dordogne area of France (this will feature a lot of foie gras), and of course lots of things in Rotterdam. So let’s start with an oldie… In Den Rustwat.

The first impression of this place is rather formal and a bit stiff. The building is beautiful and looks like an elegant country house from the outside. But inside it’s quite a bit darker and there is a seriousness to the place. This improves as the night goes on, which may be directly correlated to the amount of wine being consumed. But let’s move on to the food. We started with two amuses, which, according to my notes, were the following: a wontonskin with powdered orange and chilli and an inside of peanut cream; the soup is made of aubergine and mushroom foam with crispy potato on top. What did it taste like? I’m sure it was good. If it had been bad I would’ve remembered. Also if it had been amazing I would’ve remembered as well. So let’s settle for simply good. 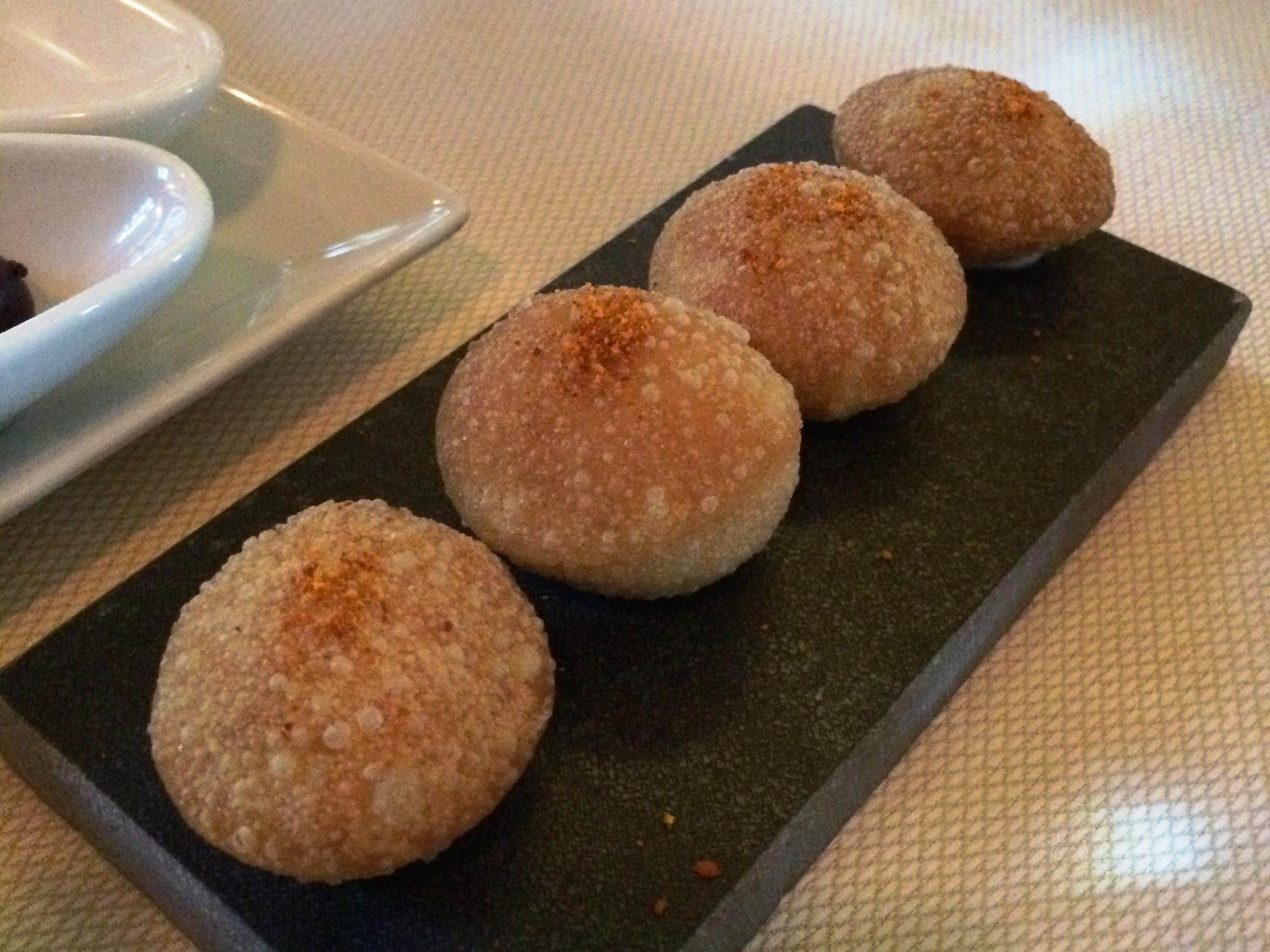 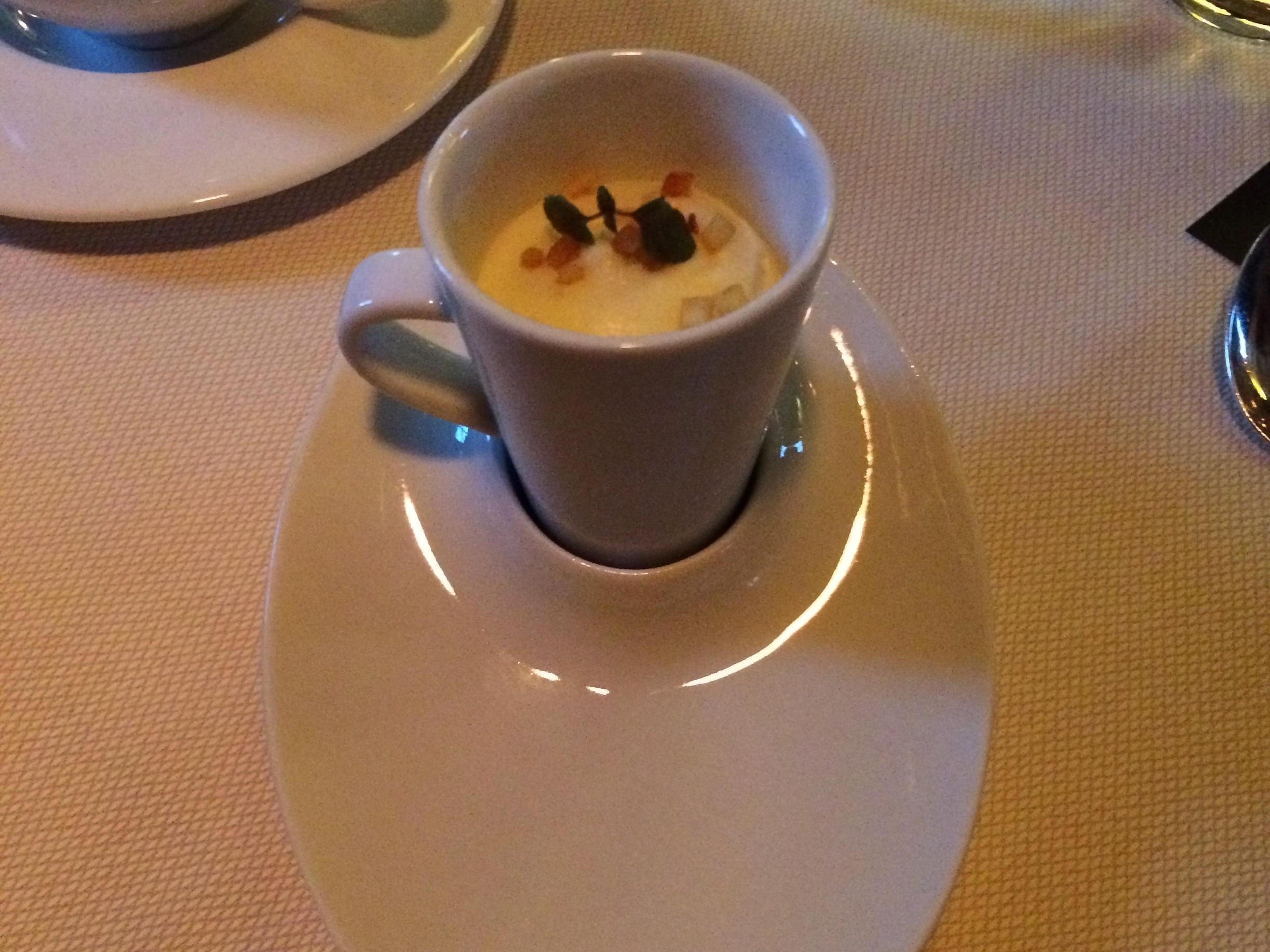 Next up were the fish courses. The first is cod with razor clam and vongola clams. There’s a caviar of seaweed and a sorbet of cucumber. The second dish was shrimp and brill with peas, fennel with Pernod sauce (I think it’s the sauce since I don’t see any fennel in the picture), and a veggie concoction of aubergine, bell pepper, avocado and lemon. The cod was a bit overcooked and therefore dry. But the shrimp and brill dish was perfect with well balanced flavors. This was our favorite dish of the night. 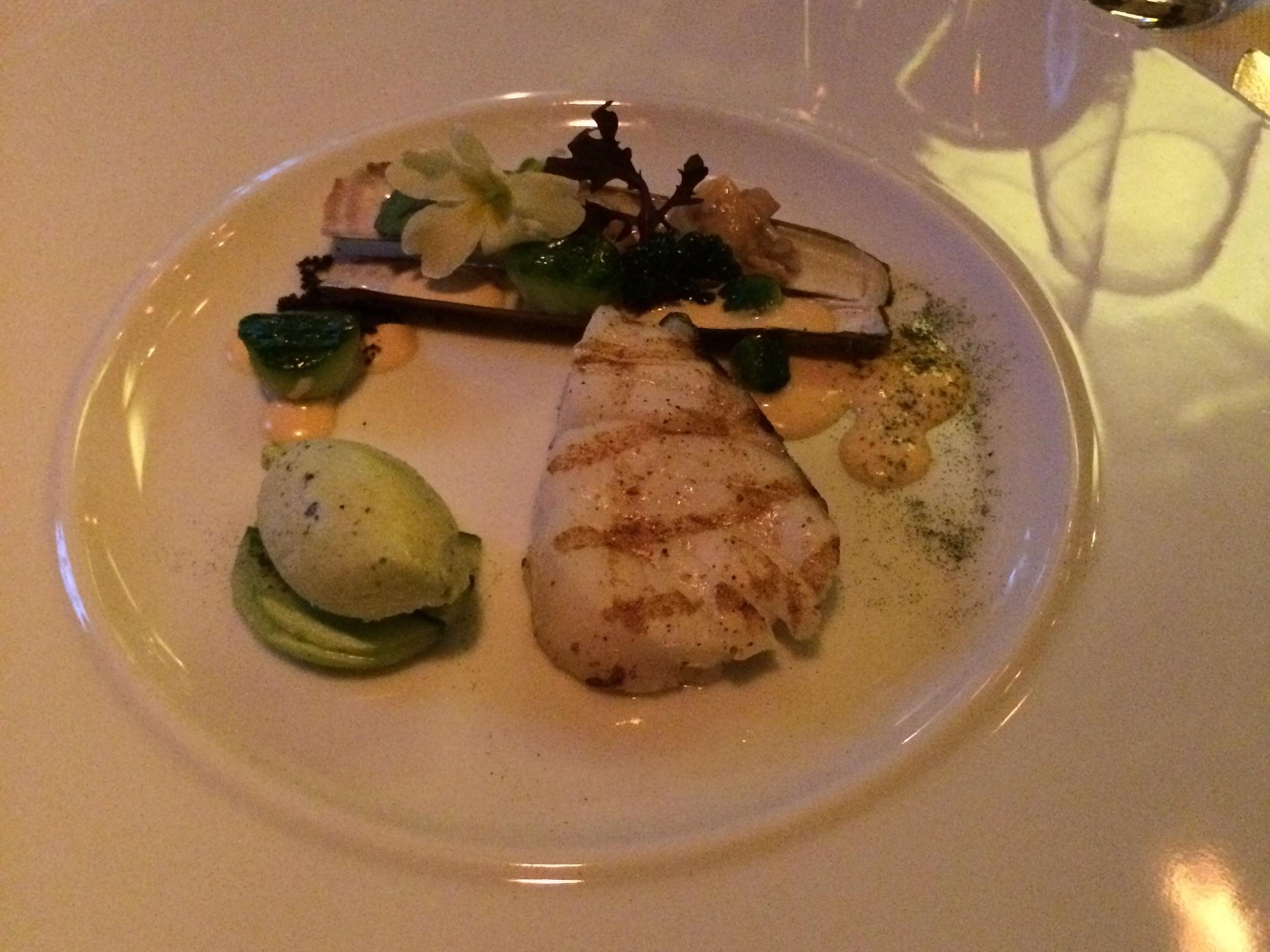 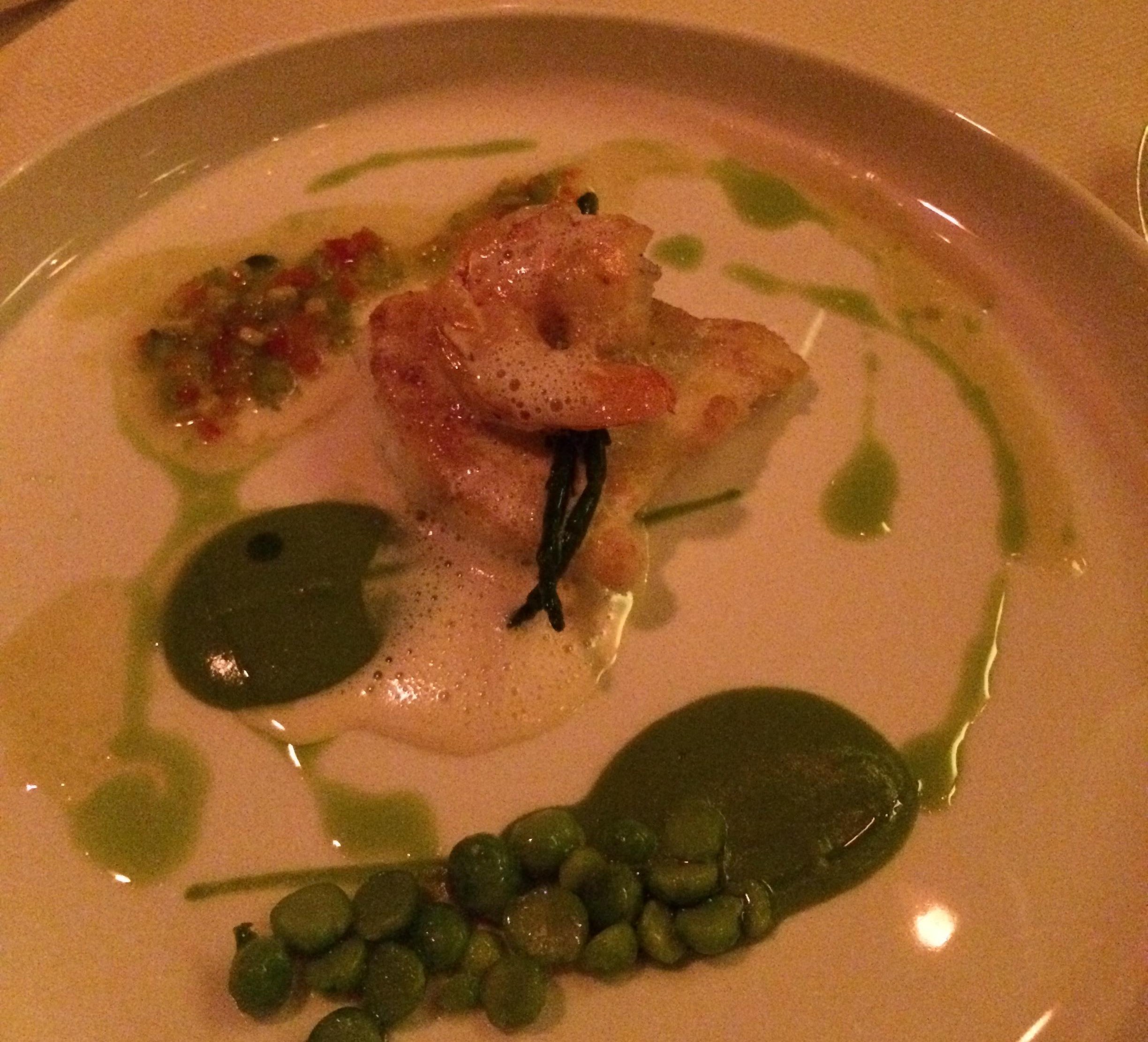 The seafood was followed by wagyu picanha with a potato muffin, celeriac puree, mushrooms, and snow peas. The beef was quite tough. Our jaws got quite the workout that night. Flavor was good though. Dessert was apparently a huge mix of things: vanilla puff pastry, basil cream, french toast, haagse bluf (a Dutch dessert made of egg whites, sugar, and berry juice), hangop (a Dutch dairy dessert that is like a really thick yogurt), fig ice cream, and a meringue of white chocolate. I’m guessing this dessert was fruity, sour, sweet, and creamy. 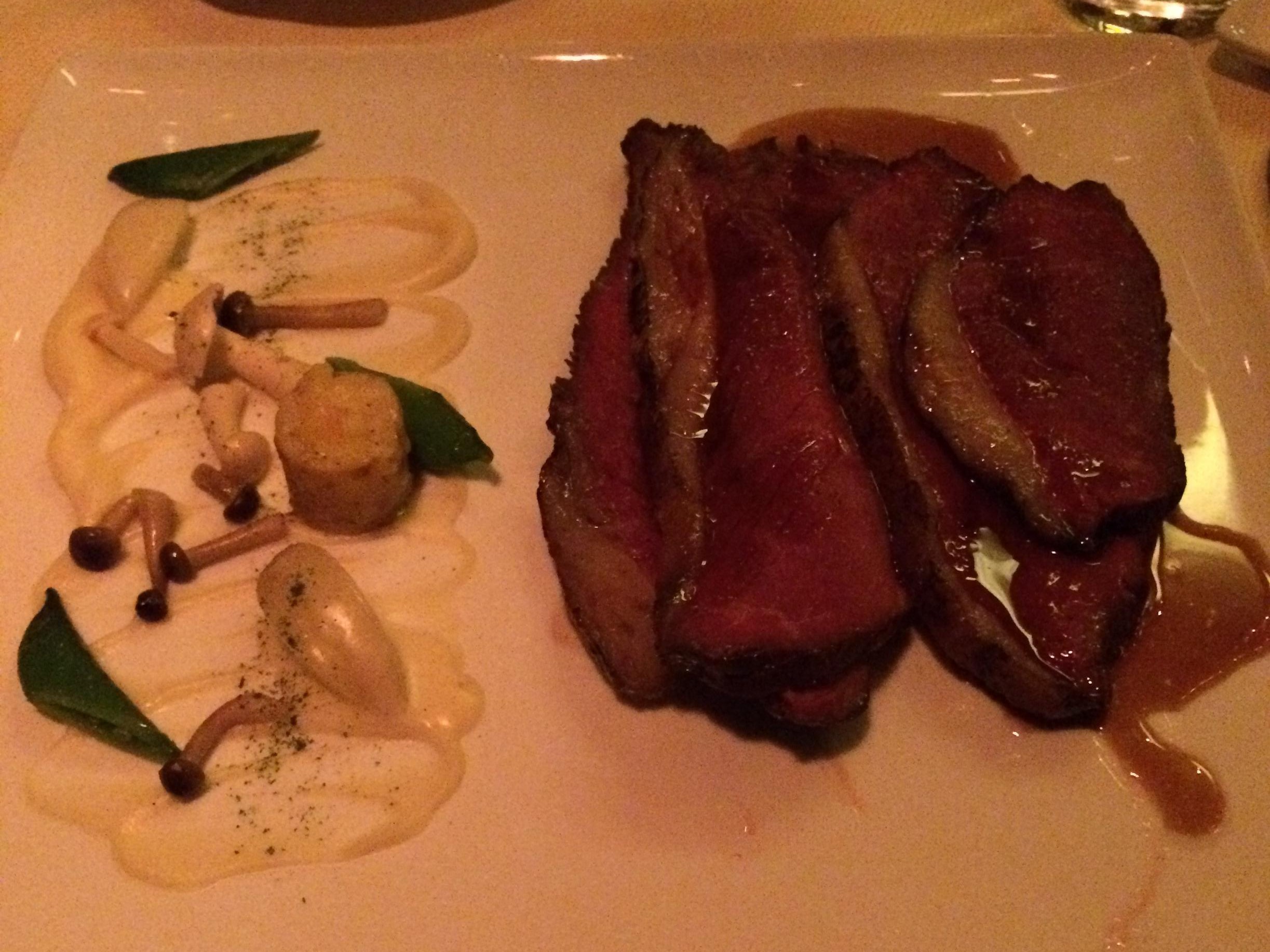 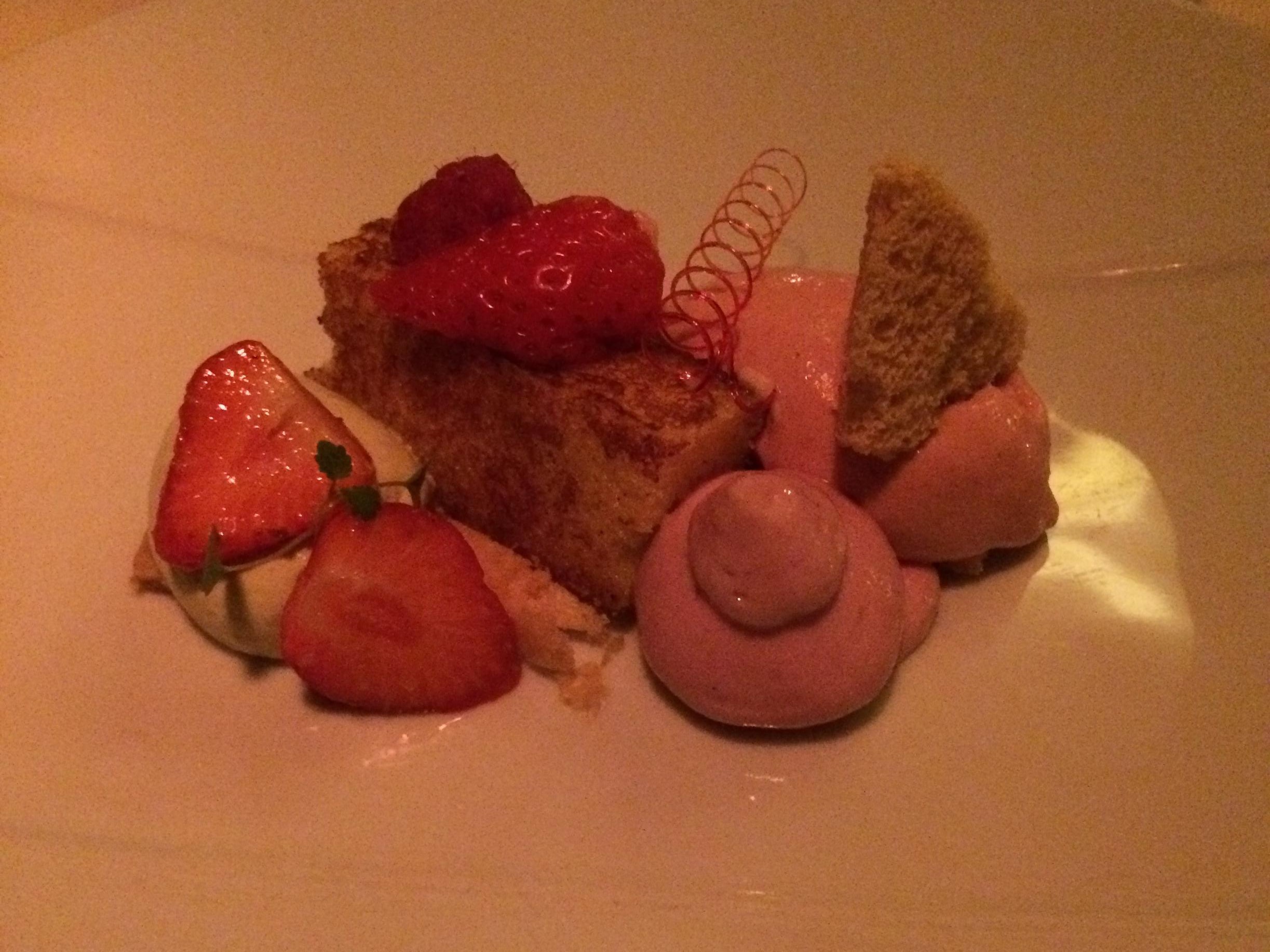 I think In Den Rustwat slightly underwhelmed. It was our second visit and I remember our first visit being better. Other than the shrimp dish, it seemed like the other dishes were sort of uninspired, or maybe too safe for our taste right now. You’ll always get good food there but if you’re looking for more exciting flavors then this place is not for you.