We spent Easter break with friends in Abu Dhabi, and our first night was spent in a tent in the Lewa desert. The desert itself was a surreal experience, beautiful endless sand dunes, and no one around for miles. All we saw were camels, their dung, and of course dung beetles. We left the peace and quiet of the desert behind, washed the sand off of our bodies, and spent some time exploring both Abu Dhabi and Dubai, which could not be more different from the serenity of the desert. All that was left to remind us of that magical place was sand (which was everywhere!) and camel’s milk ice cream. Spoiler alert, it tastes like really sweet vanilla. But the city has a silver lining, and that is food options. So for one of our lunches, my friend brought us to Lebanese Flower, a restaurant chain that serves great Lebanese food.

The great thing about meals like this is ordering a bunch of different things and sharing it. And we over-ordered, of course. When we sat down we were immediately given a plate of pickles and olives, and a basket of Lebanese flatbread. This was followed by tabouleh, hummus, and mutabal. Pano had fallen in love with mutabal, an eggplant dip packed with garlic, during the camping trip. The tabouleh was fresh and the hummus was good as well. 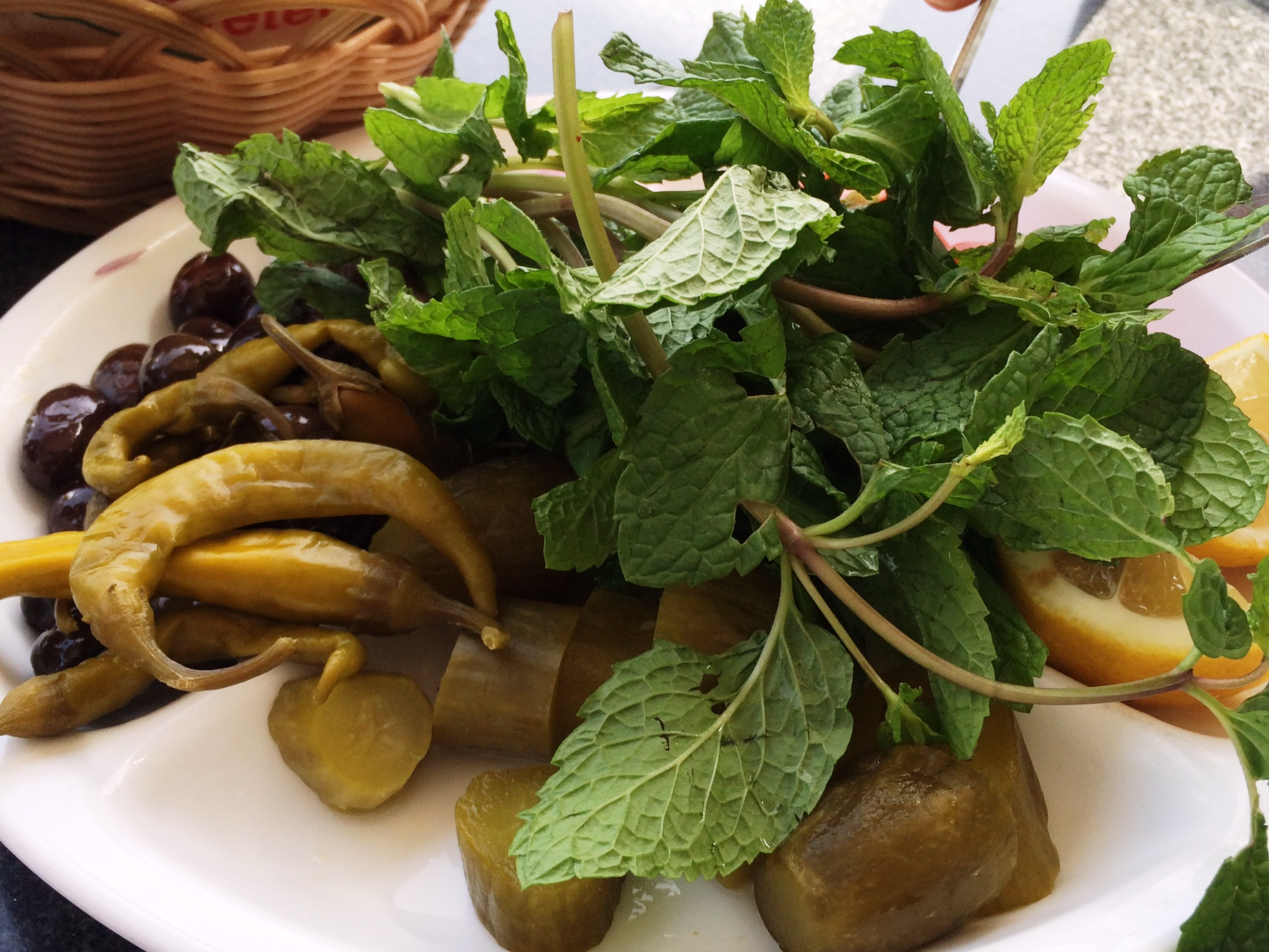 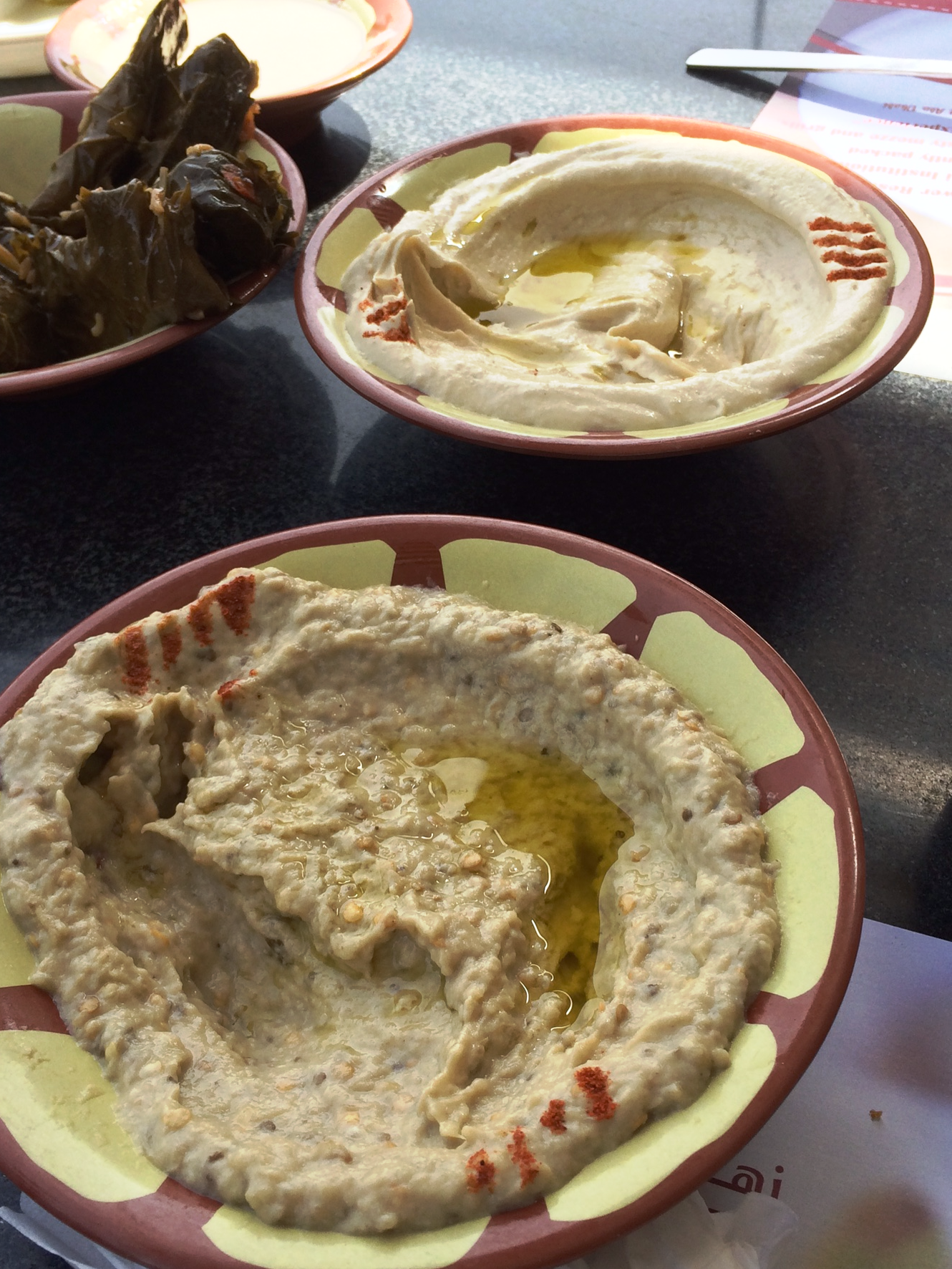 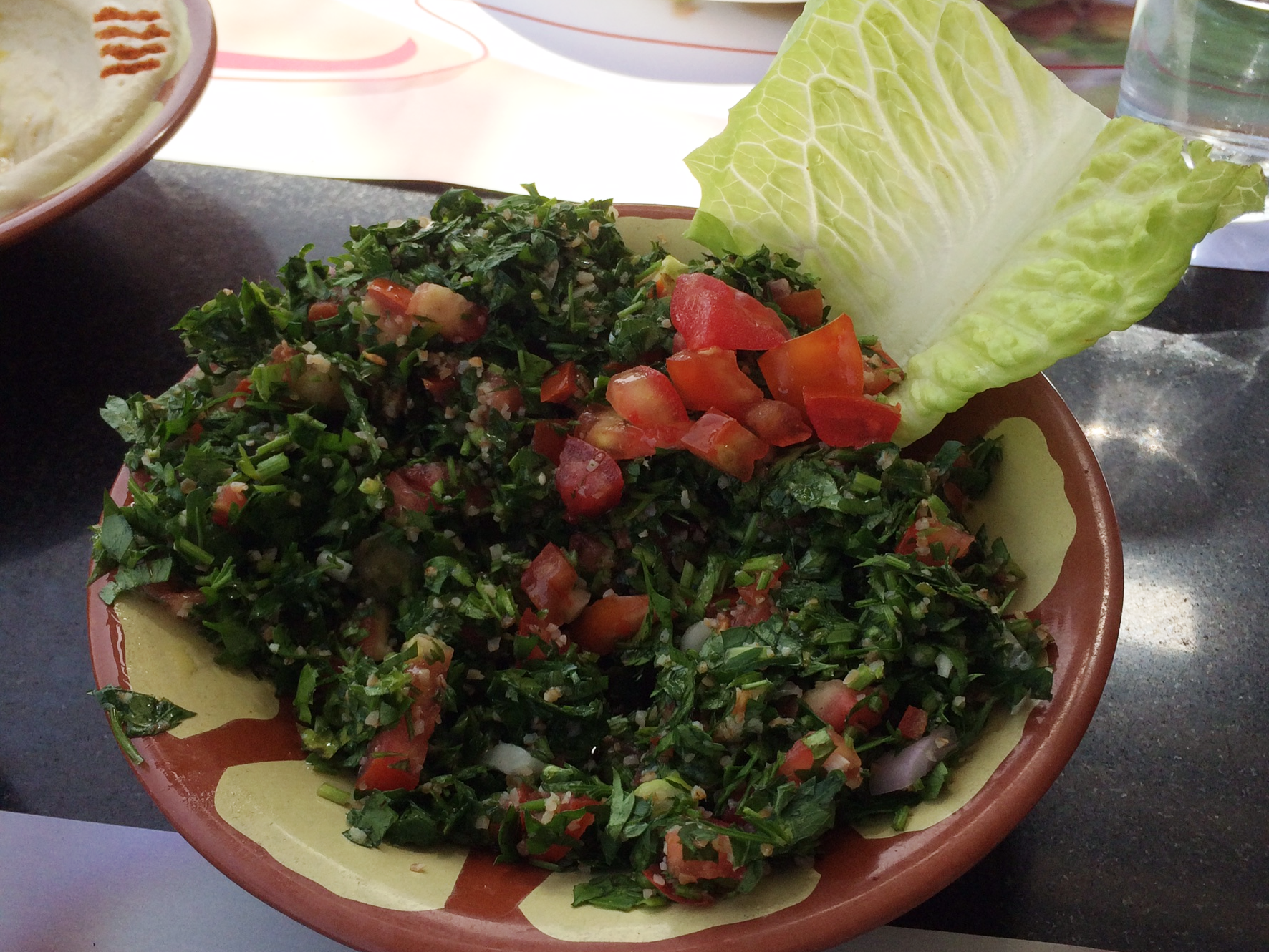 Then there were the dolmas, falafel, and chicken livers. Dolmas are a favorite of mine, and I try it just about anywhere I see it. These were great, the leaf was soft but not mushy, and the rice filling was flavorful and I think tomato-based as it was a bit red. The falafels were different from what I have had before. They were definitely tasty, but very fluffy. Instead of being only ground chickpeas, they used some sort of flour, which made for really light and airy falafels. They’re served with a sesame sauce for dipping. The chicken livers had an almost Asian flavor with the dark and sticky sauce, but were a bit dry unfortunately. 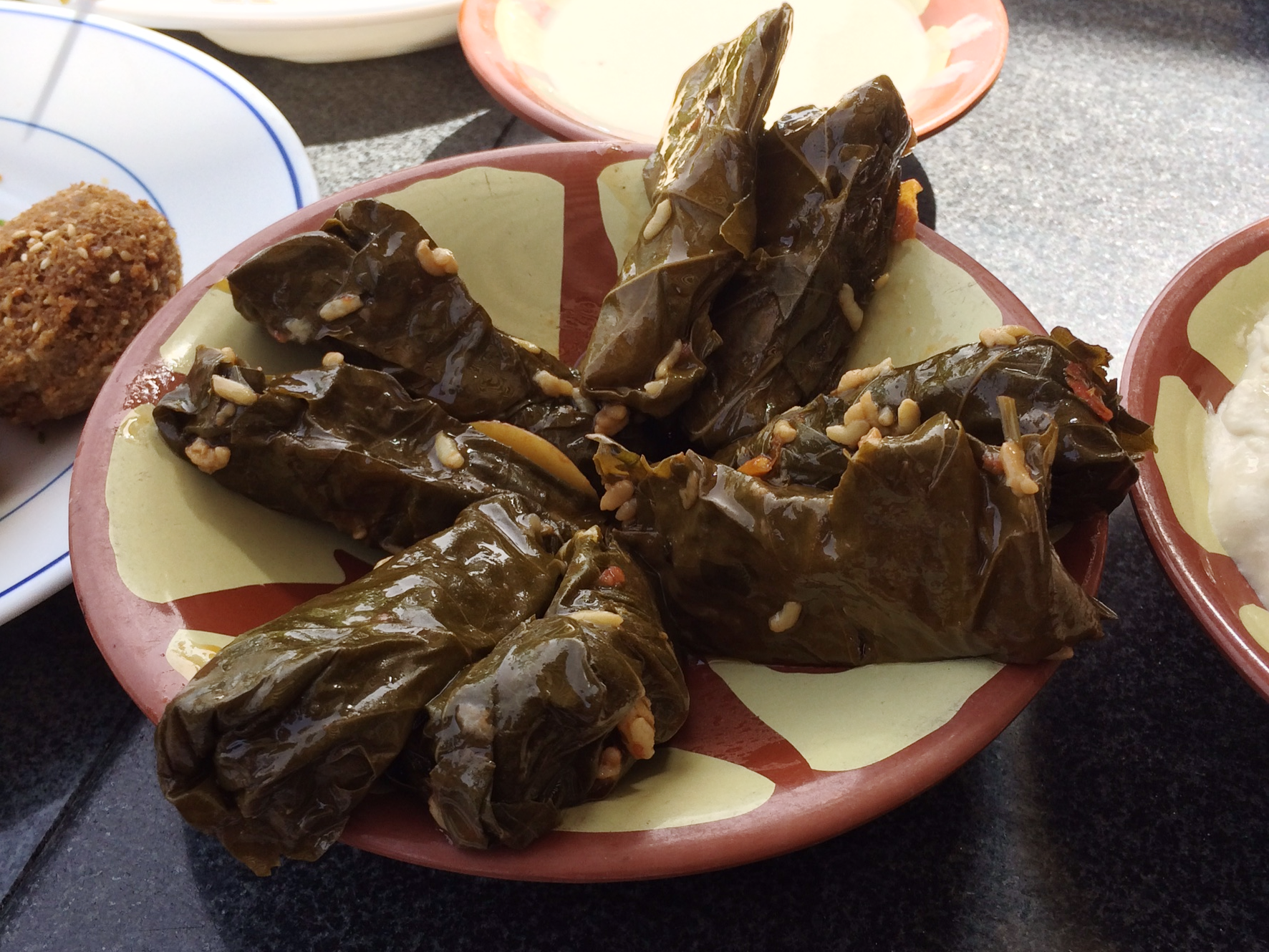 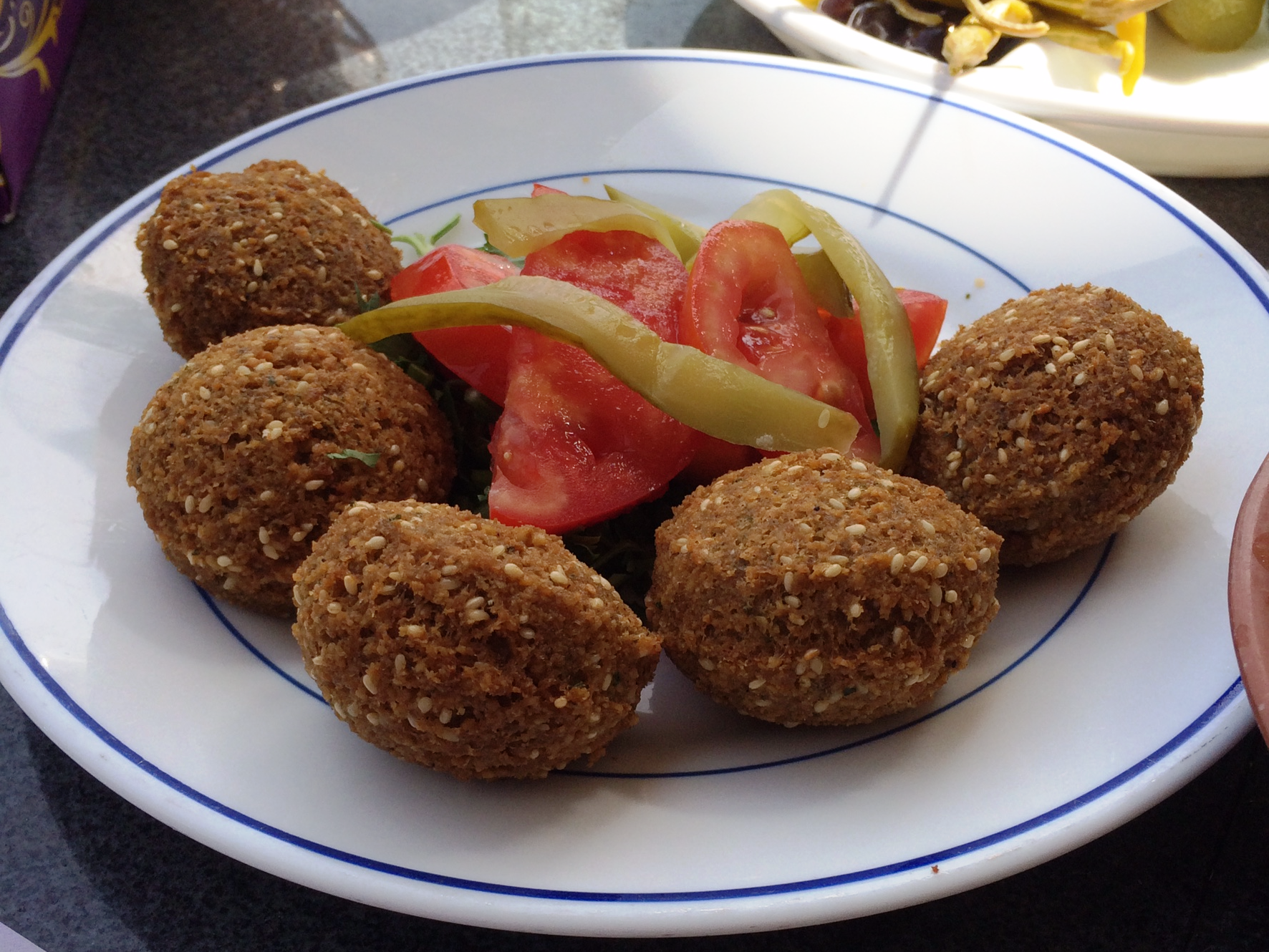 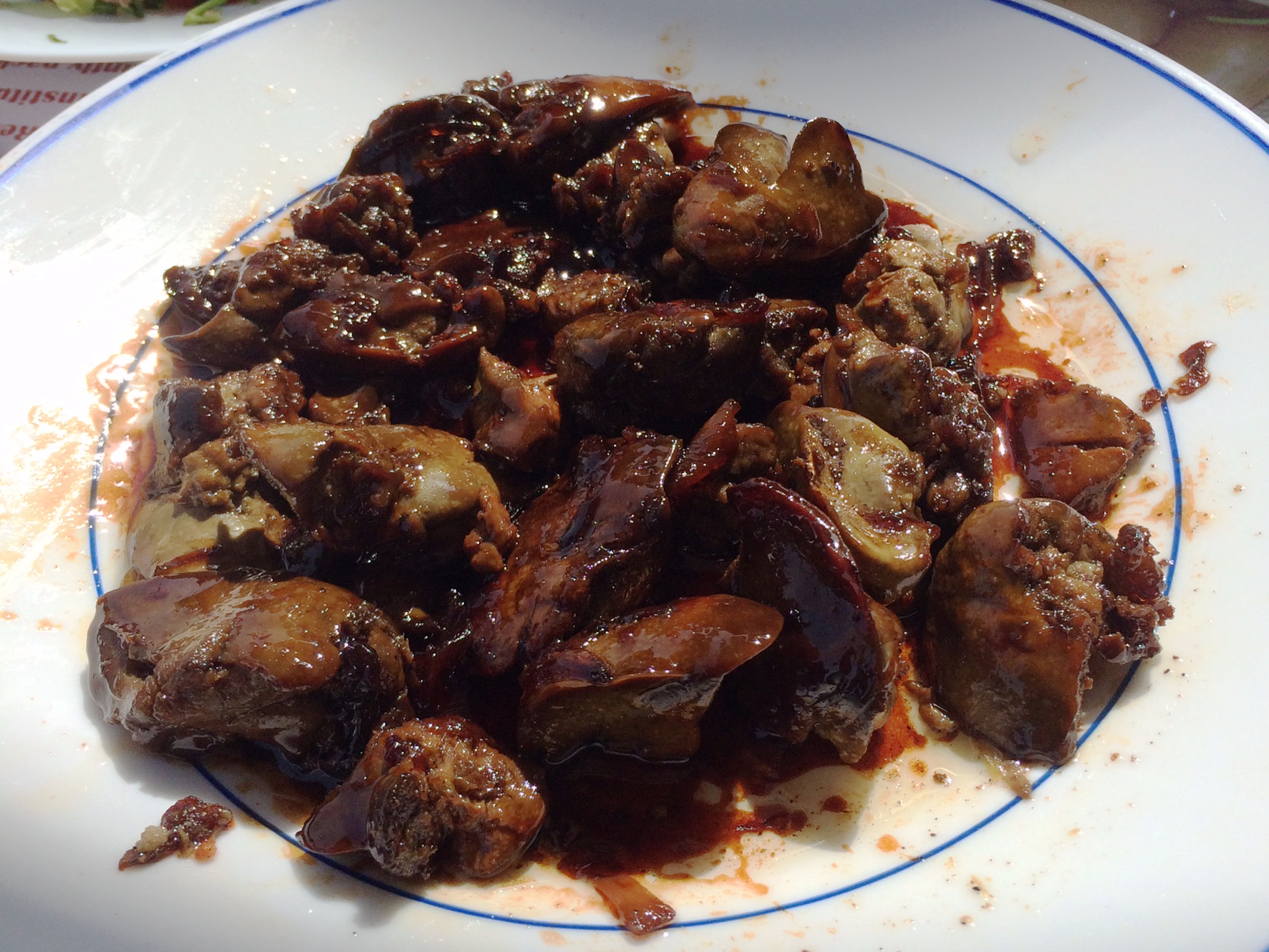 Finally we had shoarma, lamb kofta, and grilled chicken breast. The kofta and chicken were alright, but not fantastic. If I remember correctly, both were a bit dry and the flavors weren’t very strong. The shoarma, however, was great. It had a grilled meat flavor, with crispy and moist bits from the nice and fatty meat. We took some of the leftovers to go and then headed to their bakery next door to get baklava and other assorted goods for dessert. 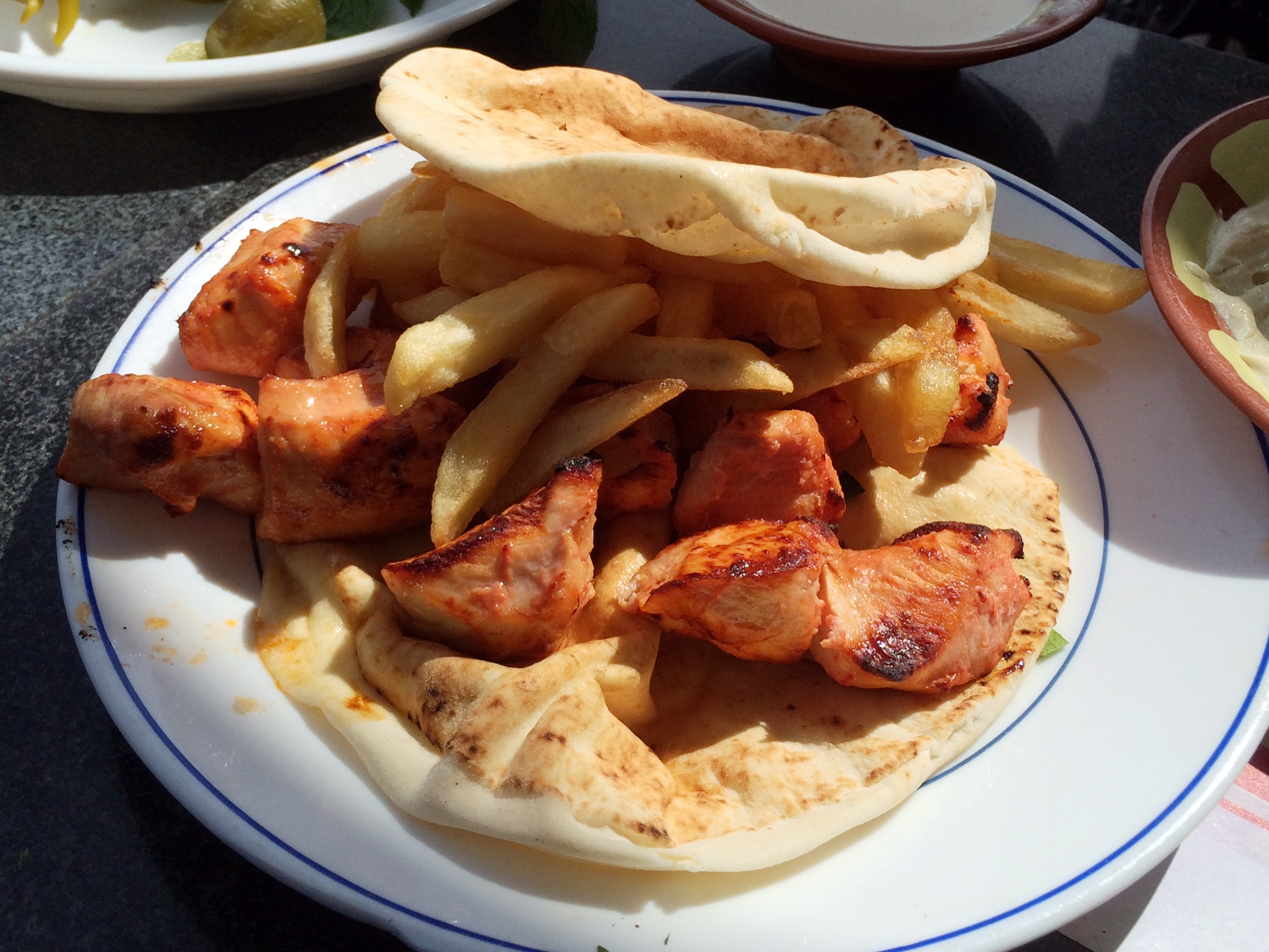 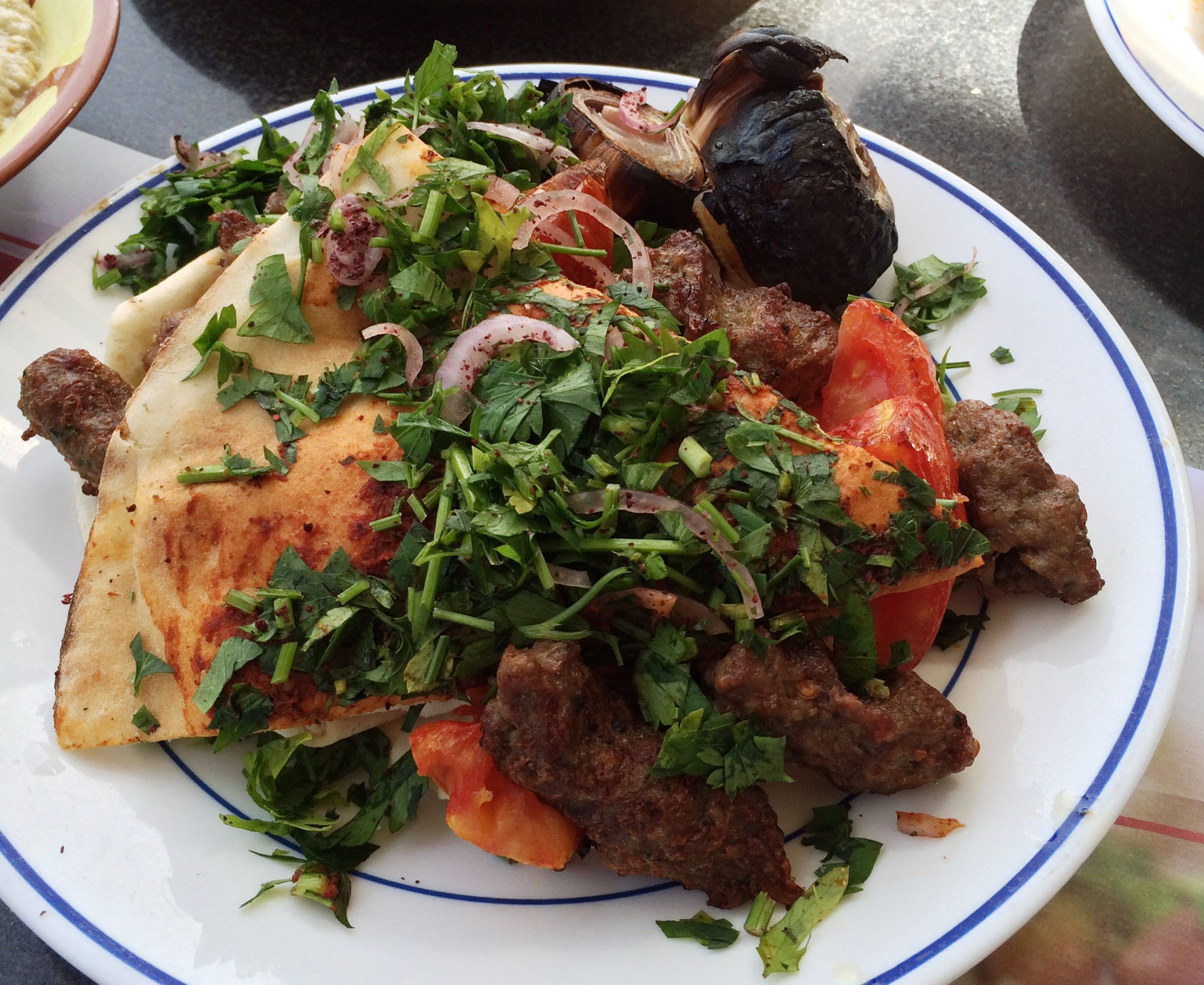 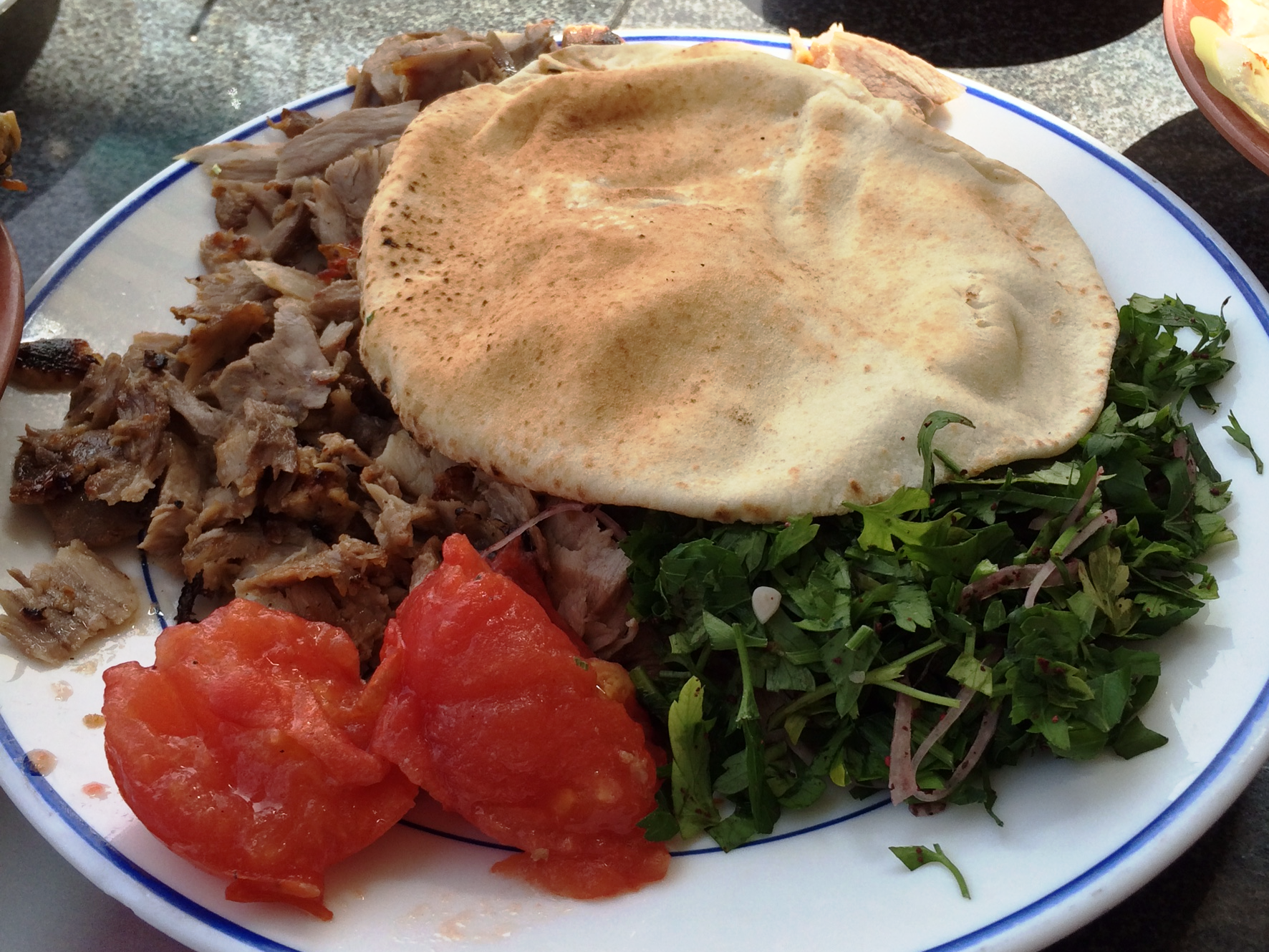