Two and a half days is all I had in New Orleans, filled with meetings but with gaps in the schedule here and there so I could explore the city and try the food. I managed to fit four spots in, Johnny’s Po-Boys, Mr. B’s Bistro, Cochon Butcher, and Coop’s Place – covering an interesting spectrum of New Orleans fare. We stayed at the Intercontinental, right on the edge of the French Quarter, so everything was within walking distance. Arriving well past midnight, but with a free morning until after lunch, I had already planned where I would have my brunch that morning – Johnny’s Po-Boys.

Looking at their menu online right now is practically making me drool. There is so much to choose from, but I went for their classic shrimp sandwich with a side of gumbo. When it was my turn to order I asked, or wanted to verify, if the shrimp was fried. Turns out that was a ridiculous question because his answer was a stone cold, “All our seafood is fried.” Excellent. It was an awesome sandwich, fully loaded with fried shrimp on a distinctly New Orleanian soft French baguette. The gumbo was very black peppery, with rice, various seafood and nicely bitter pieces of okra. It was heavy though. After the giant sandwich I only managed a few bites. While eating my sandwich I was eyeing what the other guests were eating and I saw my next breakfast: a biscuit with egg and sausage. The next day, we had to leave for meetings at 9am, but Johnny’s opens at 8am, so I had enough time to go there, have breakfast, and be back on time. I was the first person there at 8:03, they were still sort of cleaning the place up. I felt embarrassed for about a second, but then I remembered why I was there and shook it off like my girl Taylor. Biscuit, please. It was buttery and flaky, and oh so good. The sausage and egg were good too but were almost overwhelmed by the giant biscuit. I think I should’ve gone for the biscuit and gravy. Other people showed up and I saw French toast, omelets, and pancakes on their tables. If only my stomach were larger! 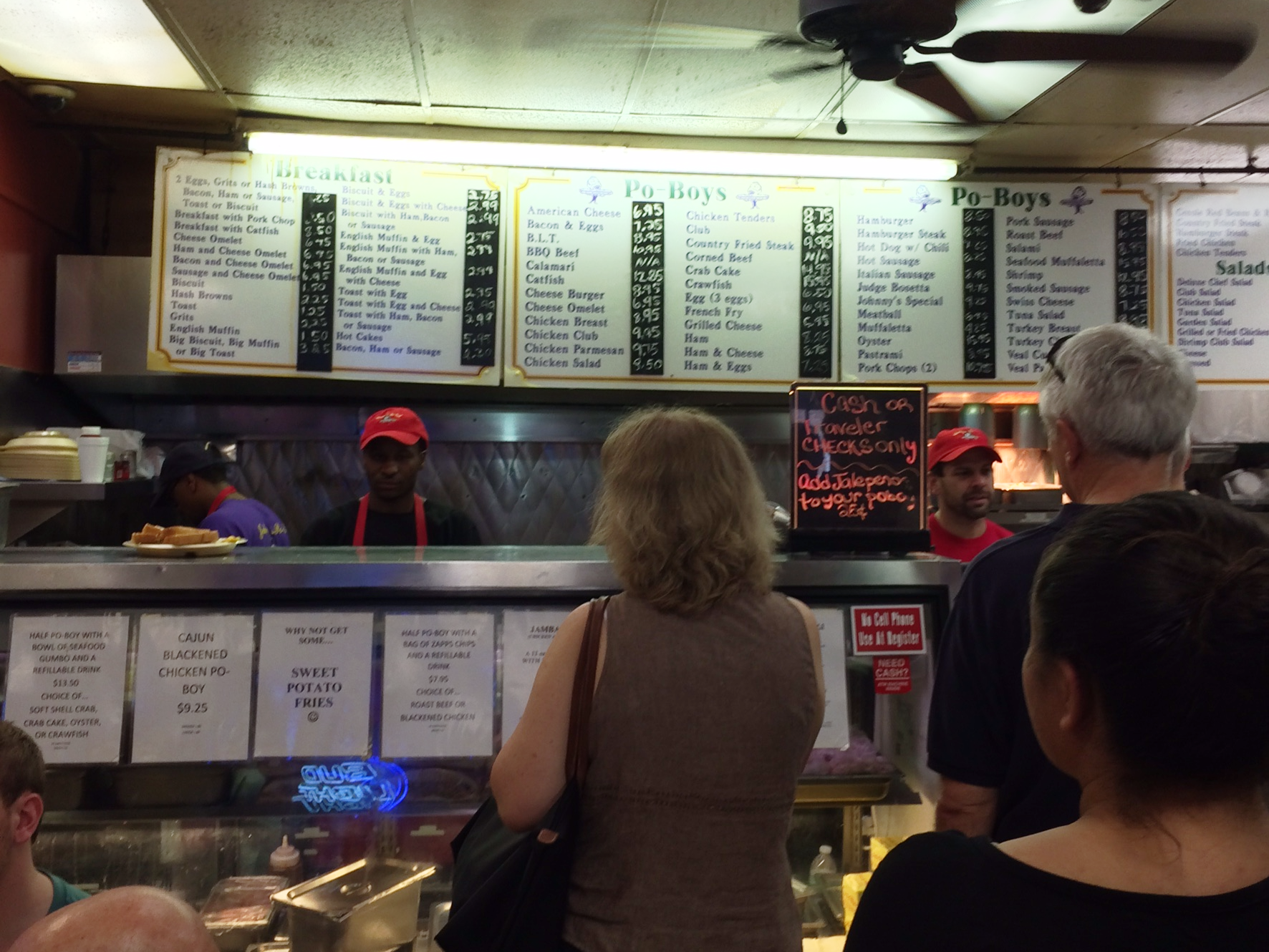 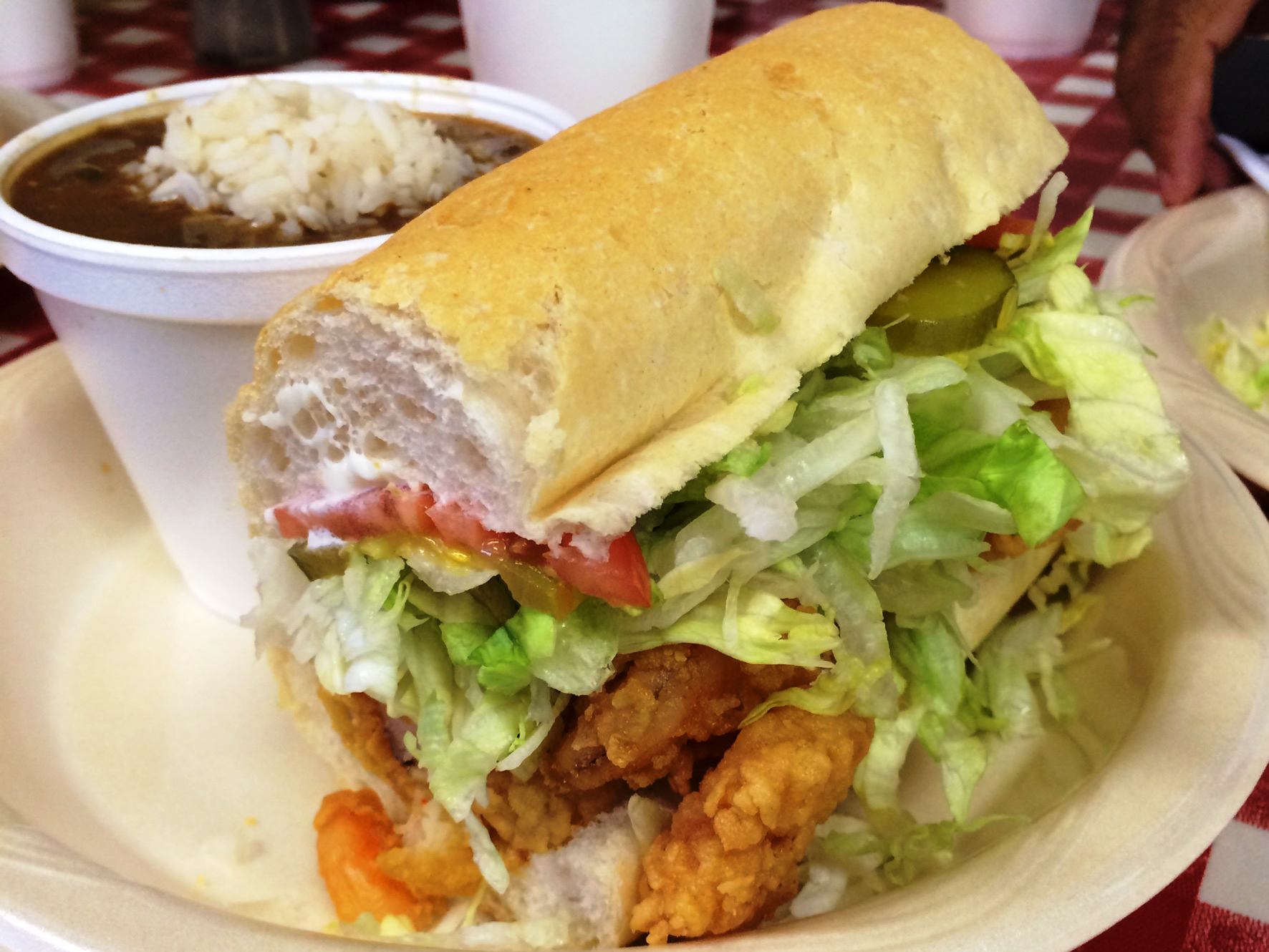 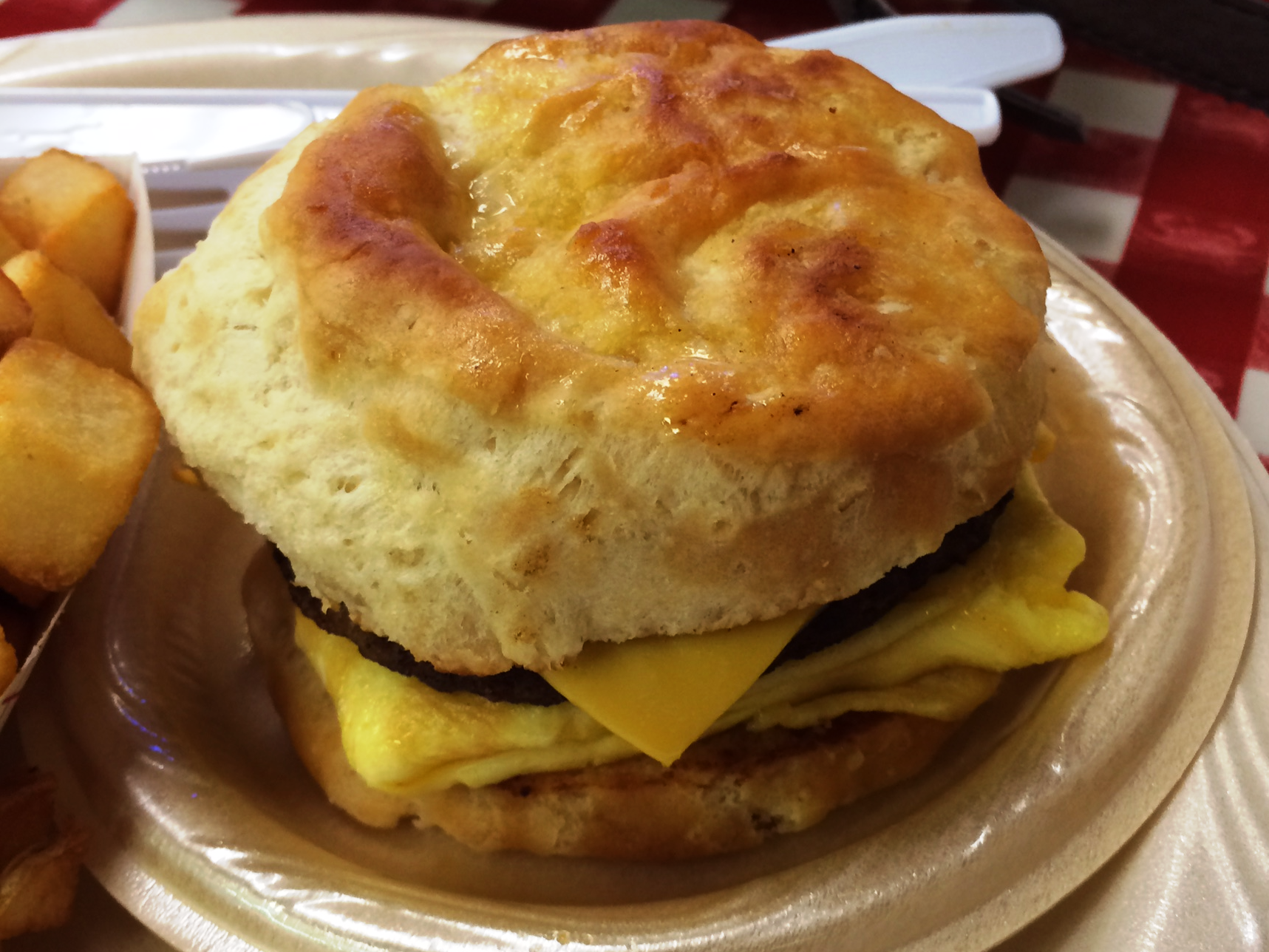 The first night I had dinner at Mr. B’s Bistro, serving modernized Creole cuisine. I couldn’t get a reservation at the time I wanted but the waitress on the phone was very friendly and said I should just come and she’ll squeeze me in somewhere. Not sure squeezing was really necessary since there were quite a few empty tables when we got there. Either way, we sat down and I had the panko crusted shrimp to start and the soft shell crab after. My friend had the gumbo to start and then their signature dish: barbeque shrimp. Both my dishes were good, the seafood was fresh and fried to crusty perfection. There was a creamed corn concoction under my crab which was very sweet and filling, but went well with the crab. I tried my friend’s barbeque shrimp and it was good, too, but very black-peppery (this much be a Cajun thing?). We were stuffed afterwards so we skipped dessert. 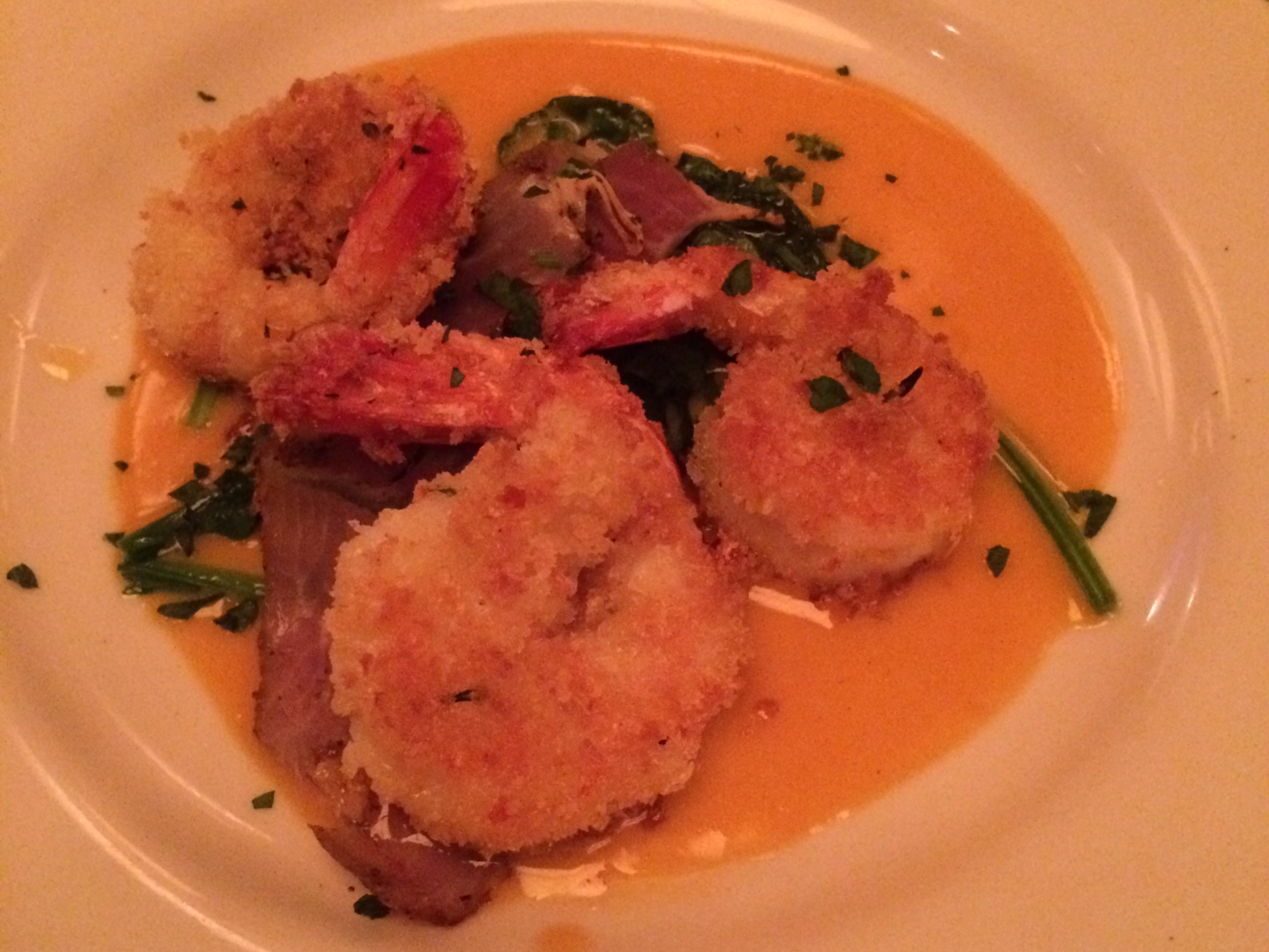 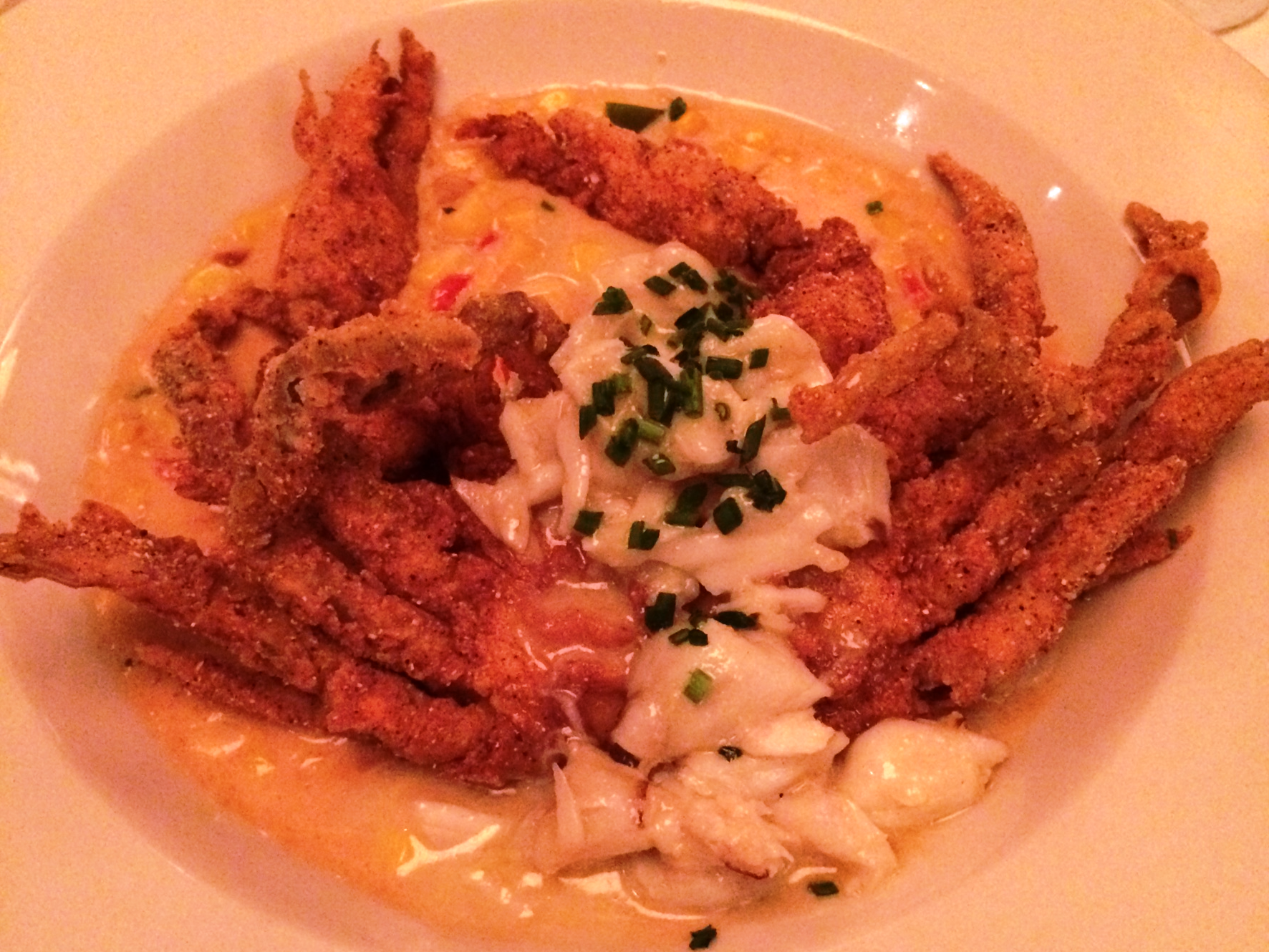 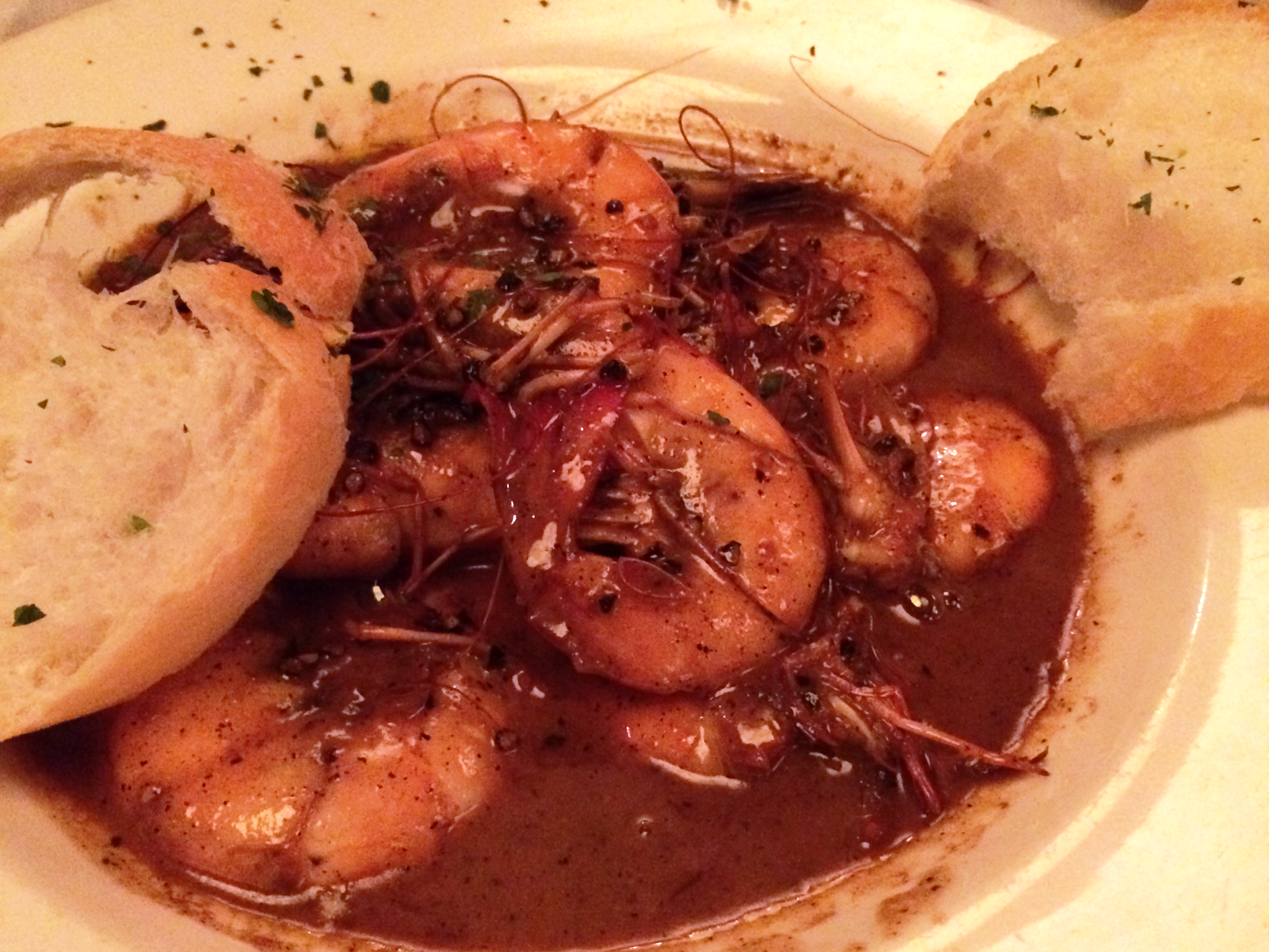 The second night would be all about pork. Cochon is a famous pork-centered restaurant in New Orleans, and they have a gastro pub next door called Cochon Butcher, which is where I went. When you walk in, you enter in the deli area of the pub, which is also where you place your order. I asked the guy behind the counter what he recommends, and he said his favorite was the pork belly sandwich so I ordered that with a side of tomato and watermelon salad and a cocktail. And everything was amazing. The salad was fresh, acidic and sweet. The cocktail kicked my ass. And the sandwich was filled with pork belly deliciousness and lightly pickled cucumbers and mint. The side of home-made pickles was equally great. 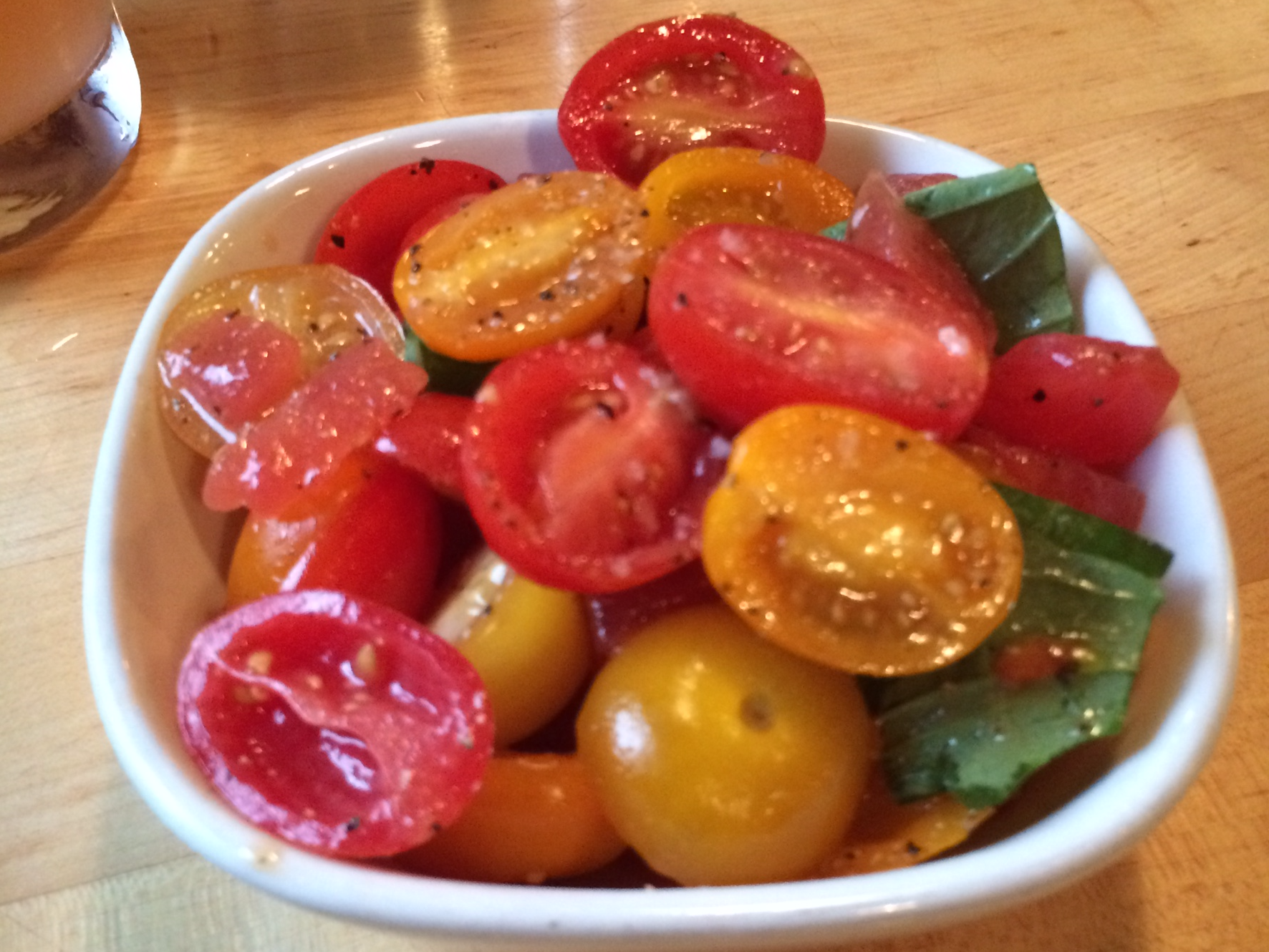 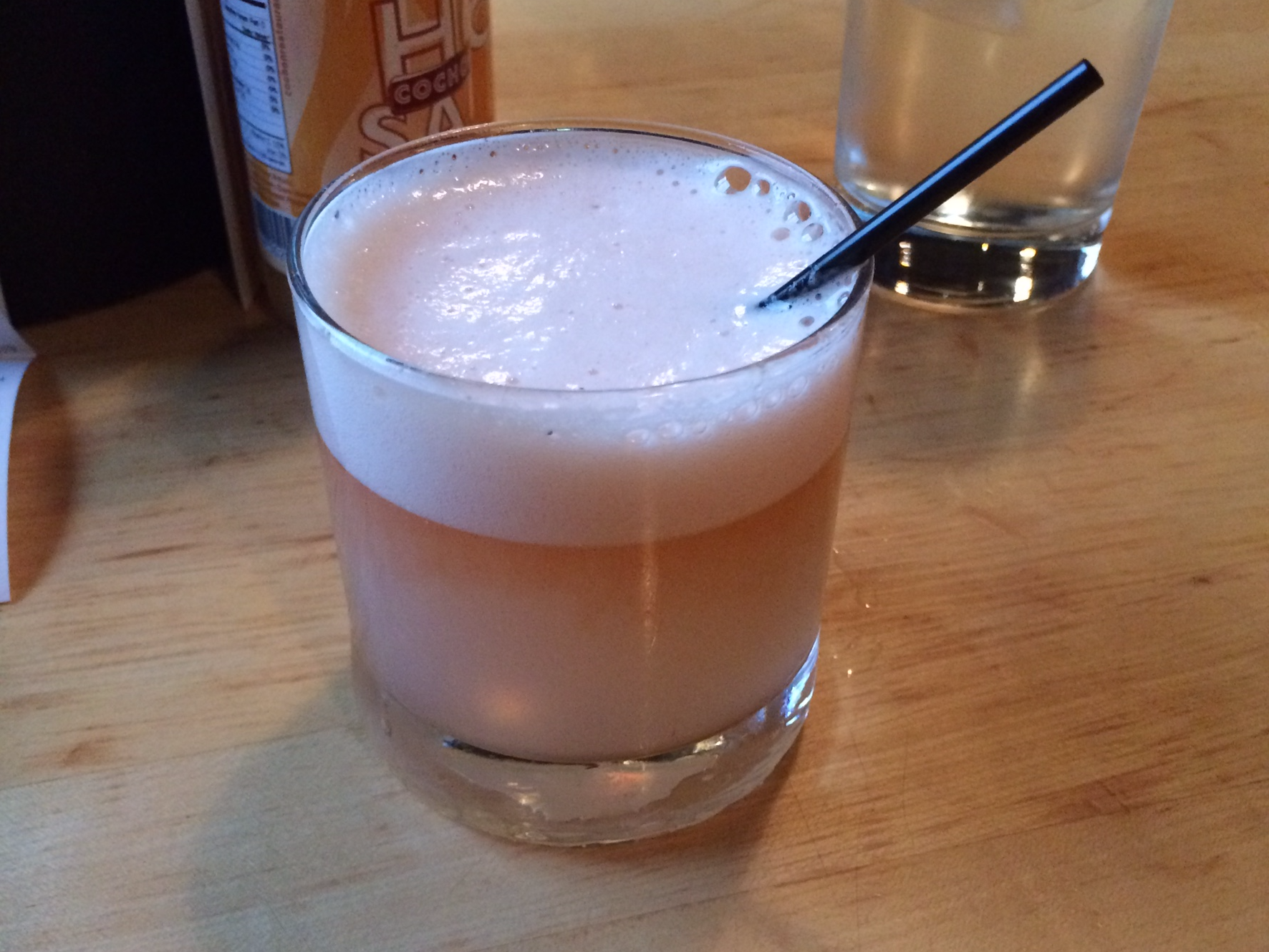 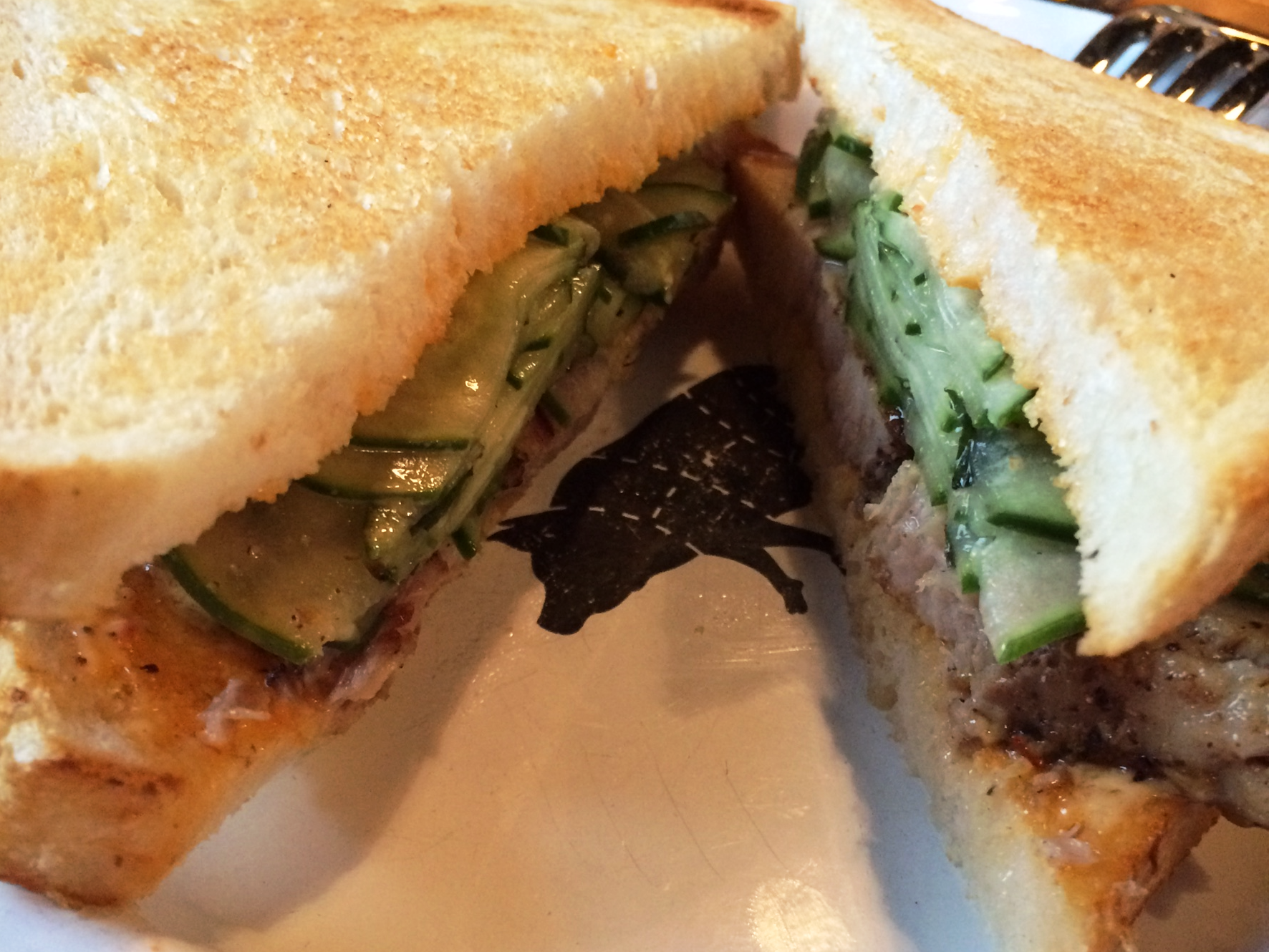 On my way out I picked up some of their sweet potato hot sauce, muffaletta spread, and a jar of pickles. Standing at the dessert counter I figured it would be a great idea to bring a slice of cake back to my hotel room. But I couldn’t decide between chocolate fudge and red velvet. So I did what I always do, I got both. An hour or so later I was halfway through both pieces of cake, curled up in the fetal position in my hotel bed, regretting my fat-kid decision. But the next morning it turned out to be a wonderful idea once again when I was having it as breakfast-dessert. Yes, that’s a thing. 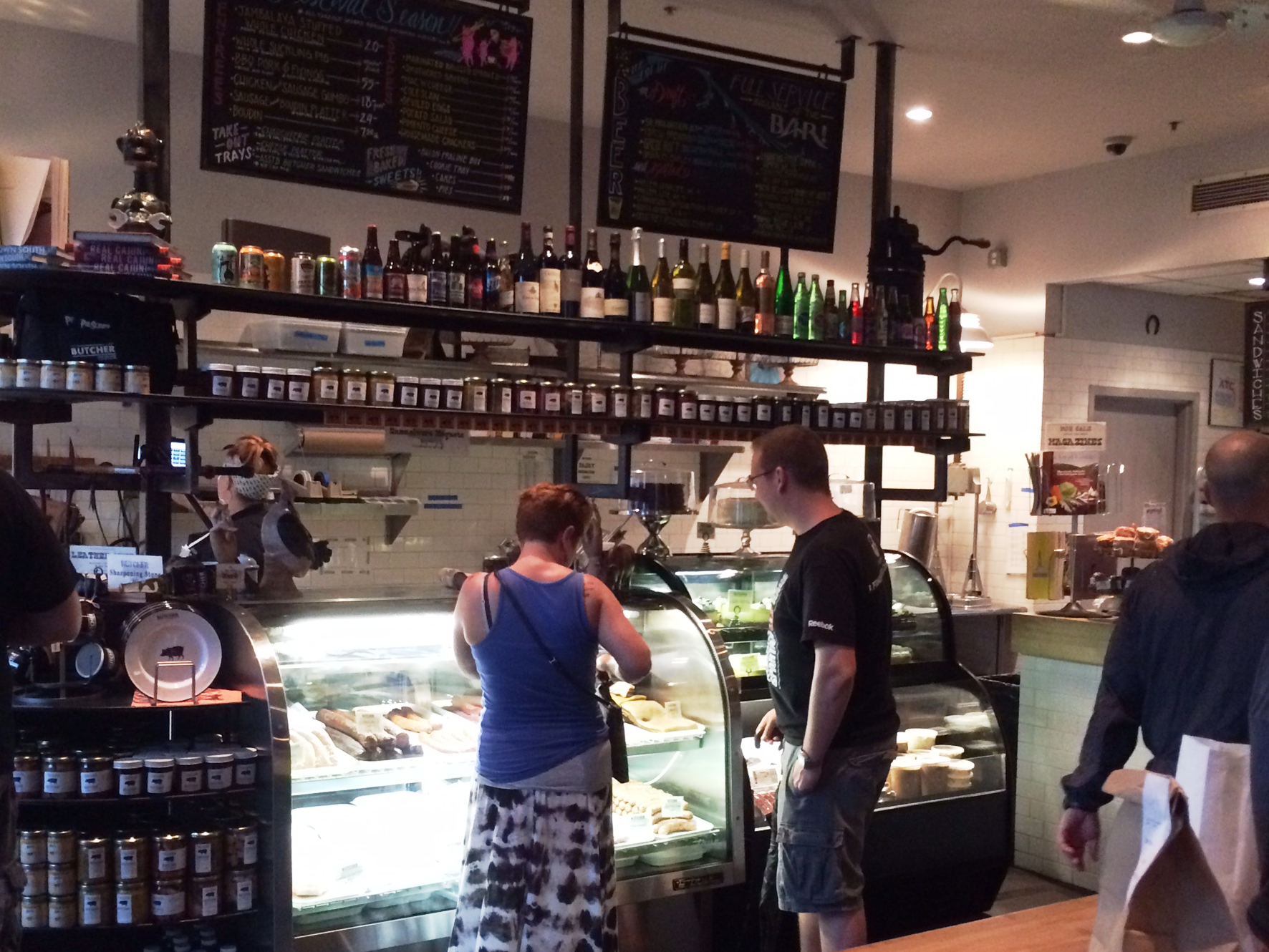 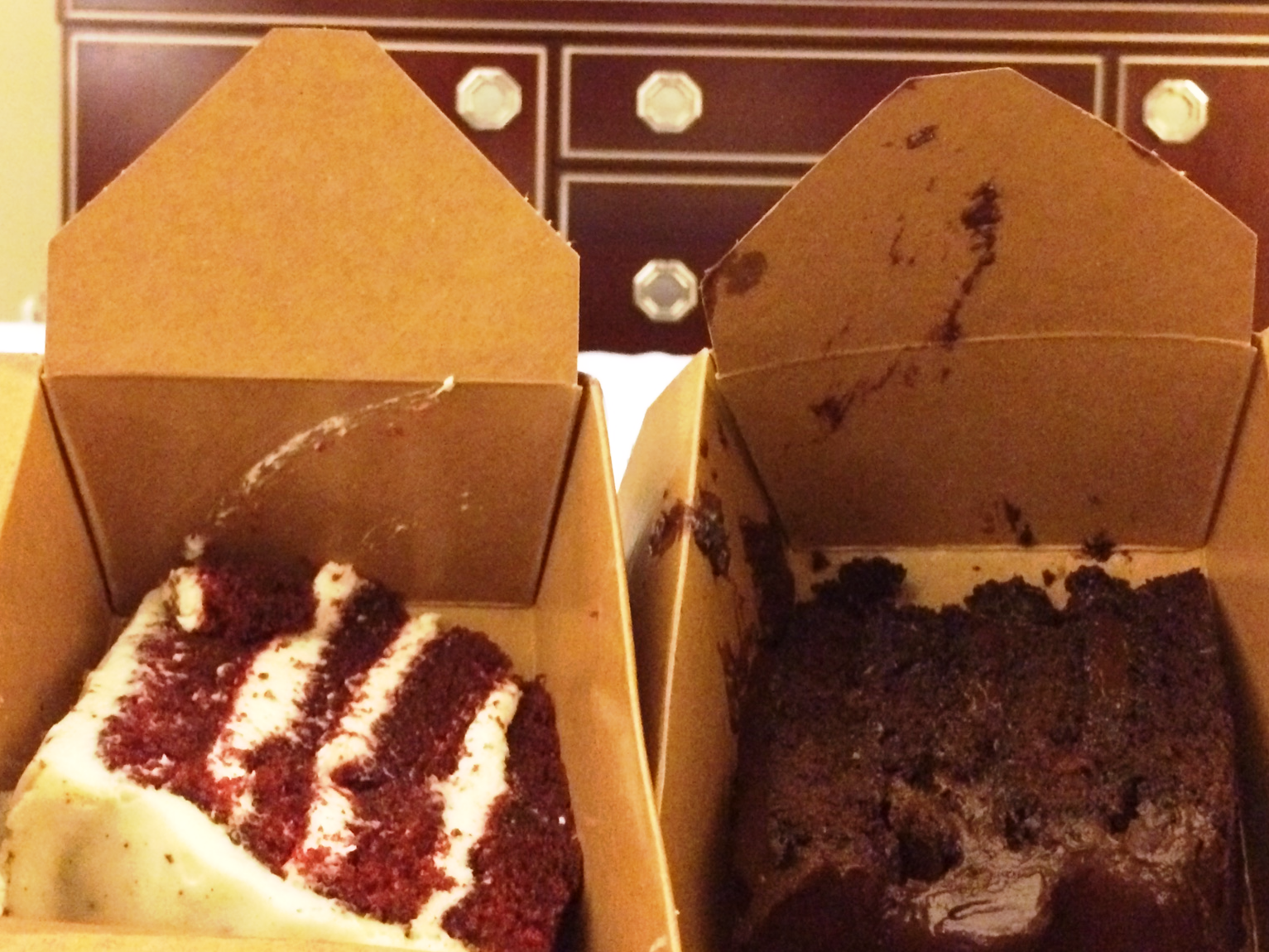 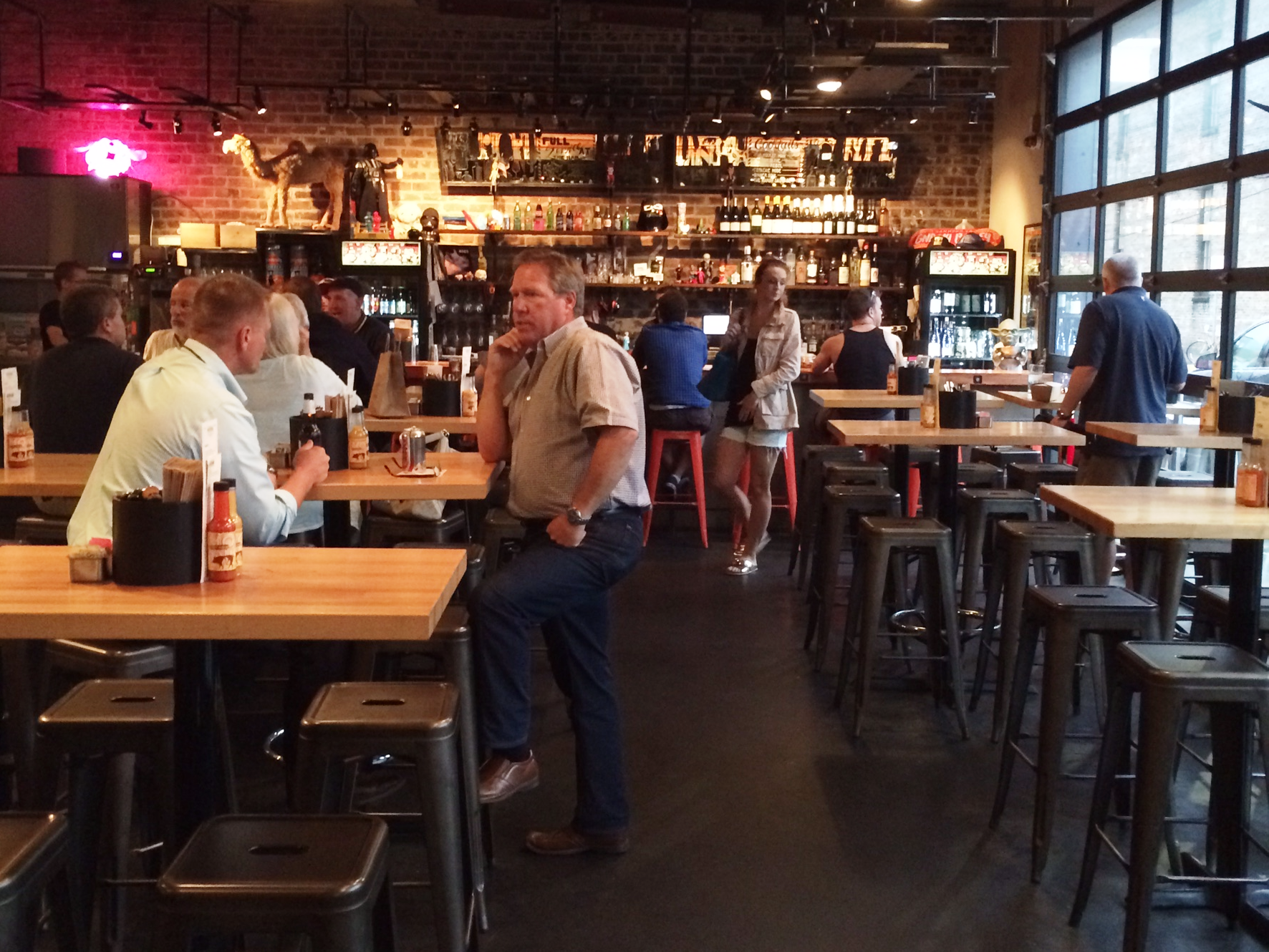 My last lunch in New Orleans before heading to the airport was at Coop’s Place. A laid-back dive bar serving Cajun fare with no frills. It was packed, but I was alone so they seated me at the end of the bar. I ordered the Coop’s Taste Plate, which includes “a cup of seafood gumbo, shrimp creole, one piece of cajun fried chicken, red beans & rice with sausage, and rabbit & sausage jambalaya”. And that’s exactly what I got. A big hearty plate of rice and beans and meat. Everything was alright, though I felt like the flavors weren’t all too distinct from one another. The red beans and rice could have been better and the shrimp creole just tasted like shrimp in tomato sauce. The fried chicken was the best thing on the plate. 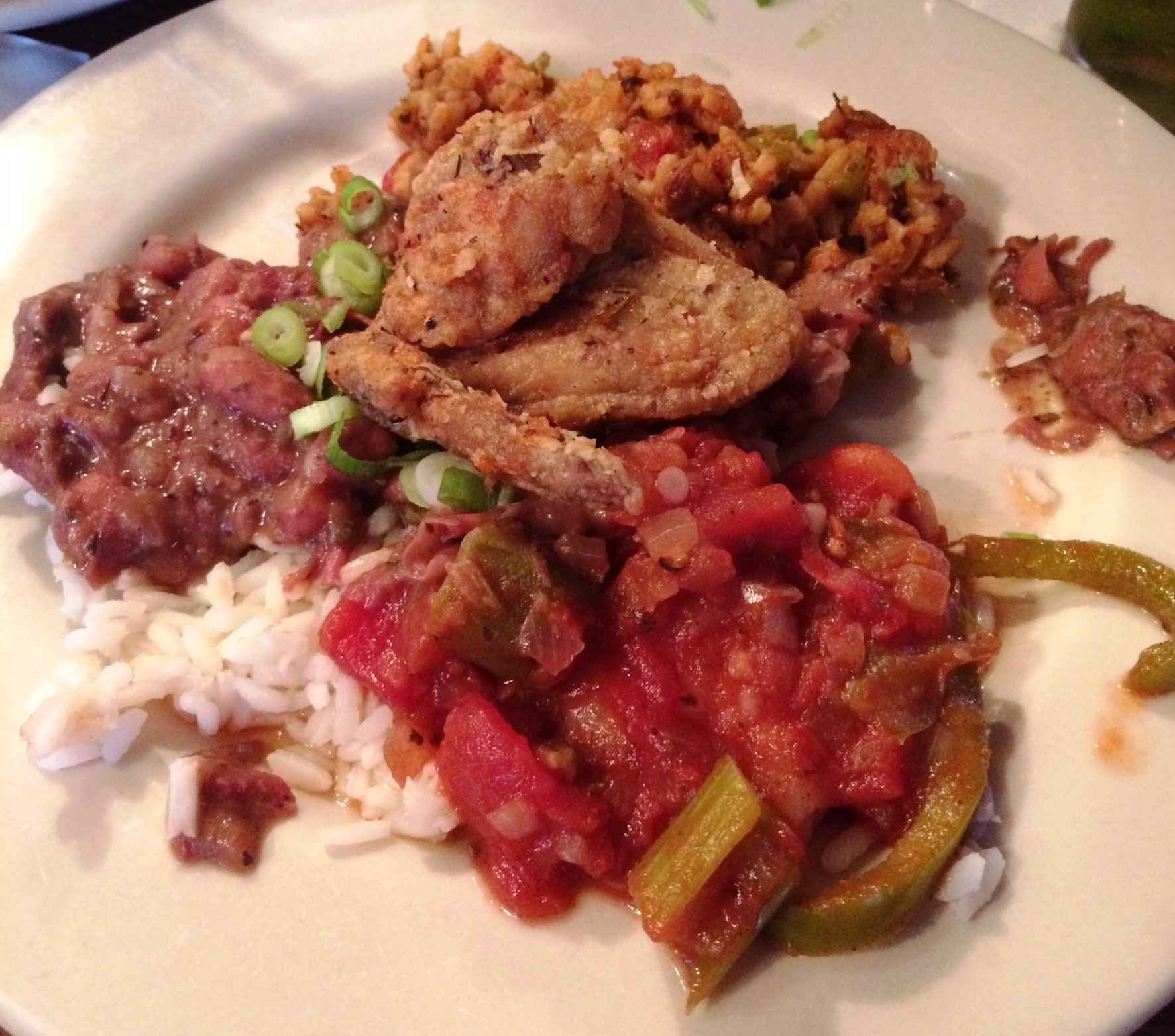 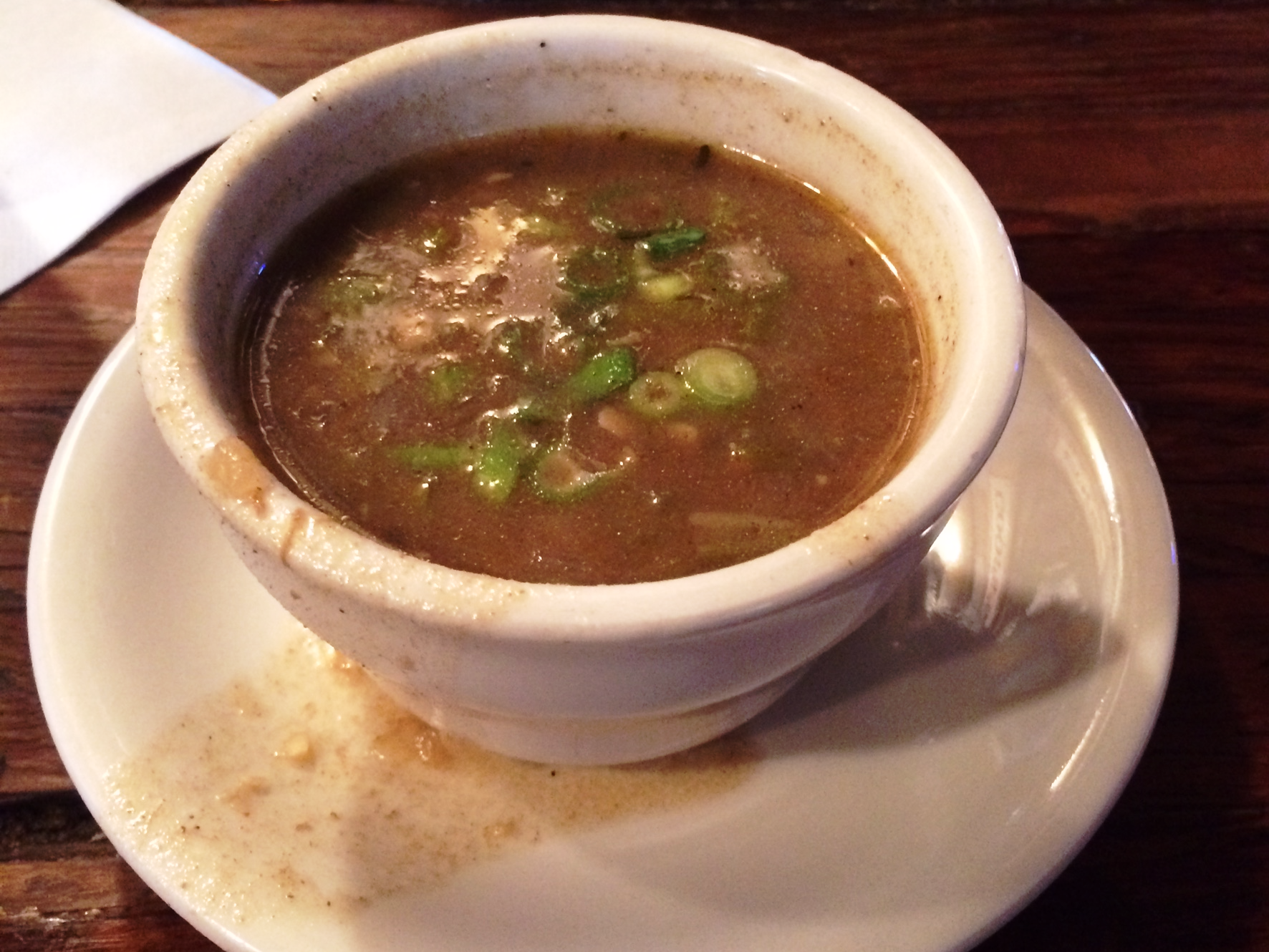 With a few hours left I wandered the streets and found myself in the French Market, where I bought some alligator sausages to take home. I also stopped by Café du Monde for their famous beignets and they were excellent, as advertised. Very light and fluffy, whilst being crunchy on the outside. It really is too bad I couldn’t fit more food into such a short trip but I got a taste of New Orleans and I sure wouldn’t mind tasting some more. 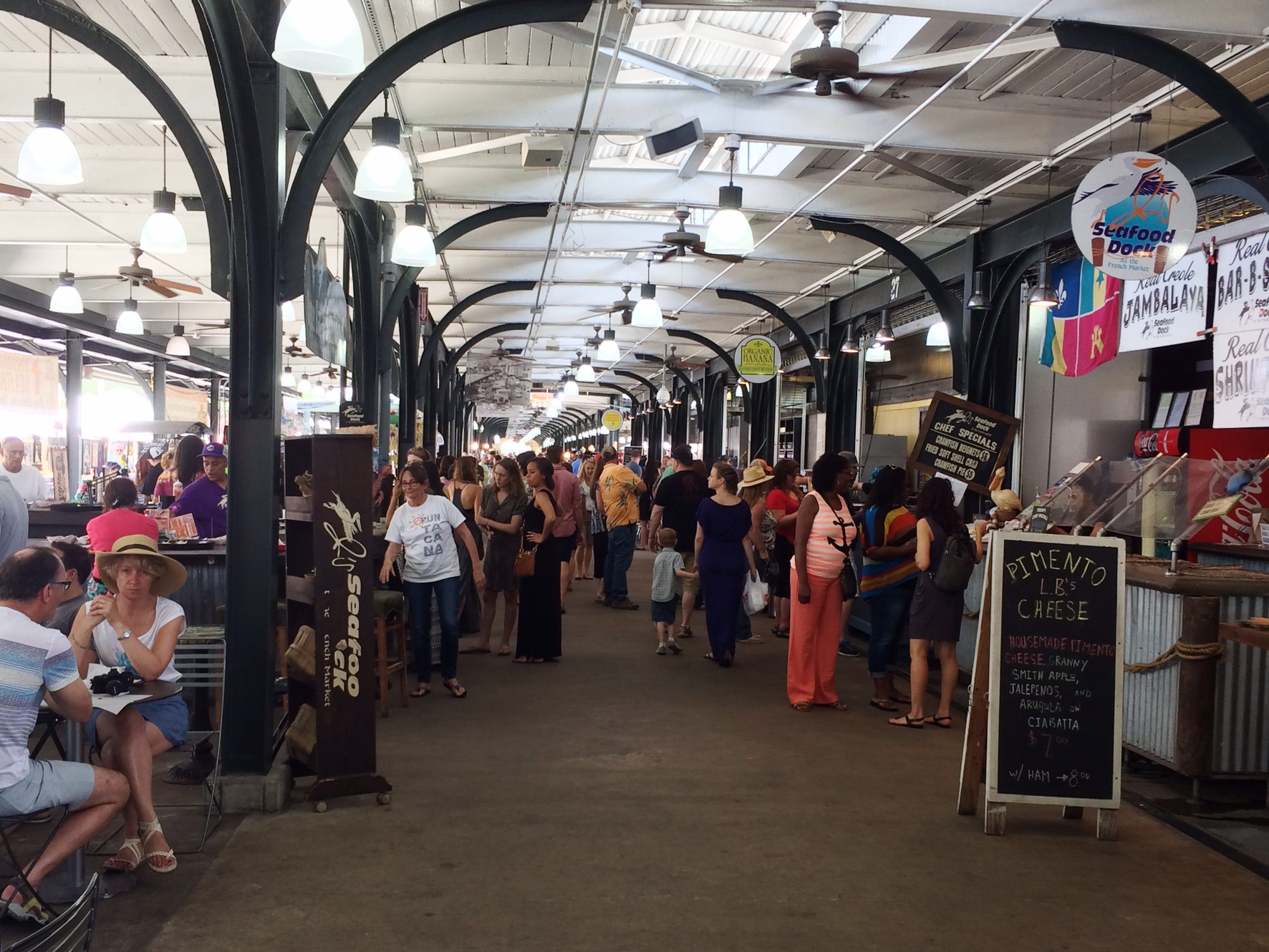 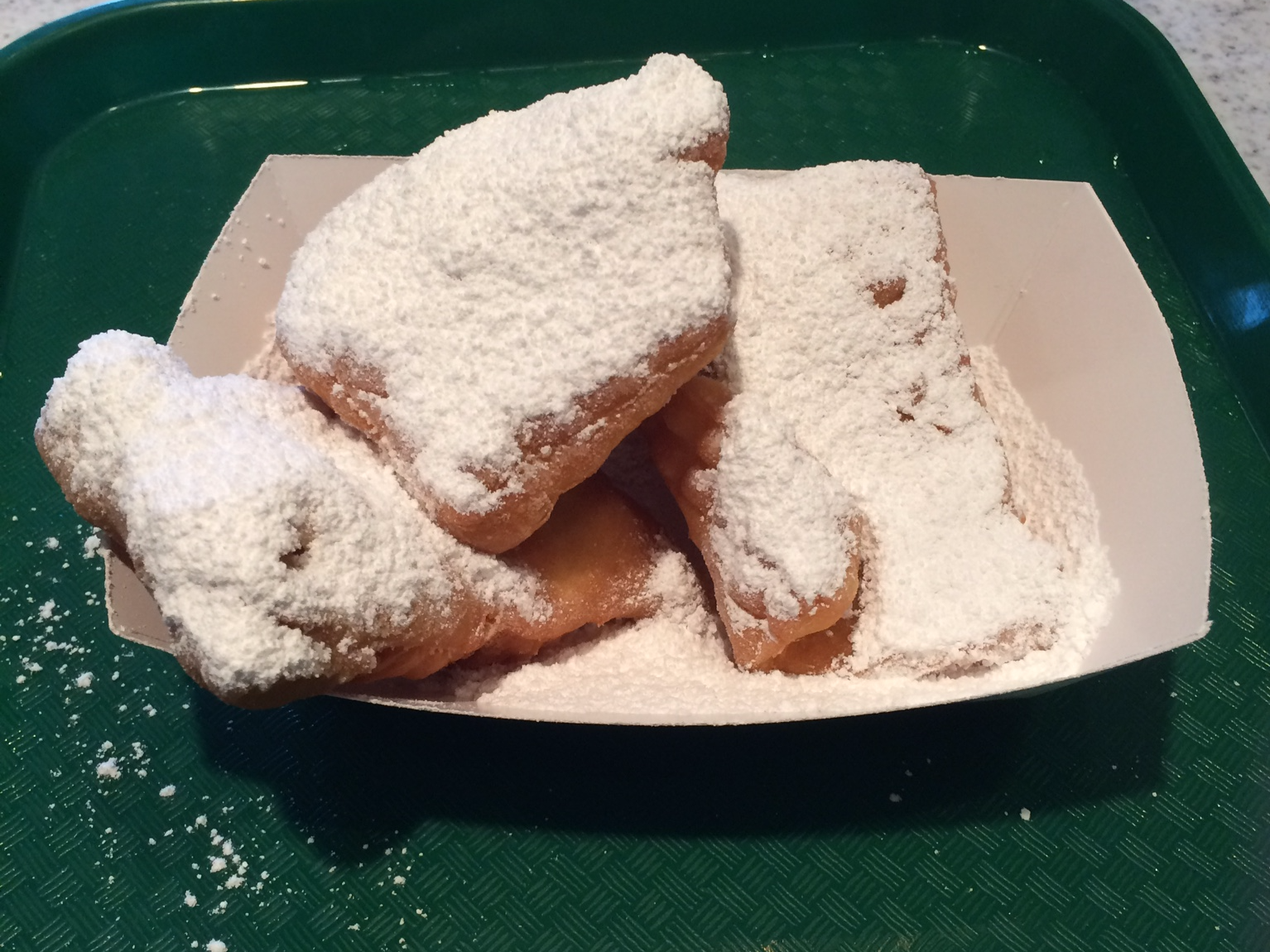