It was unseasonably warm last week, so on a whim, my friend D and I decided to enjoy the last summer rays by having lunch on the terrace of Brasserie Stadhuis. Three courses and two and a half hours later we stumbled home for a nap before continuing the evening at cocktail bar Level. 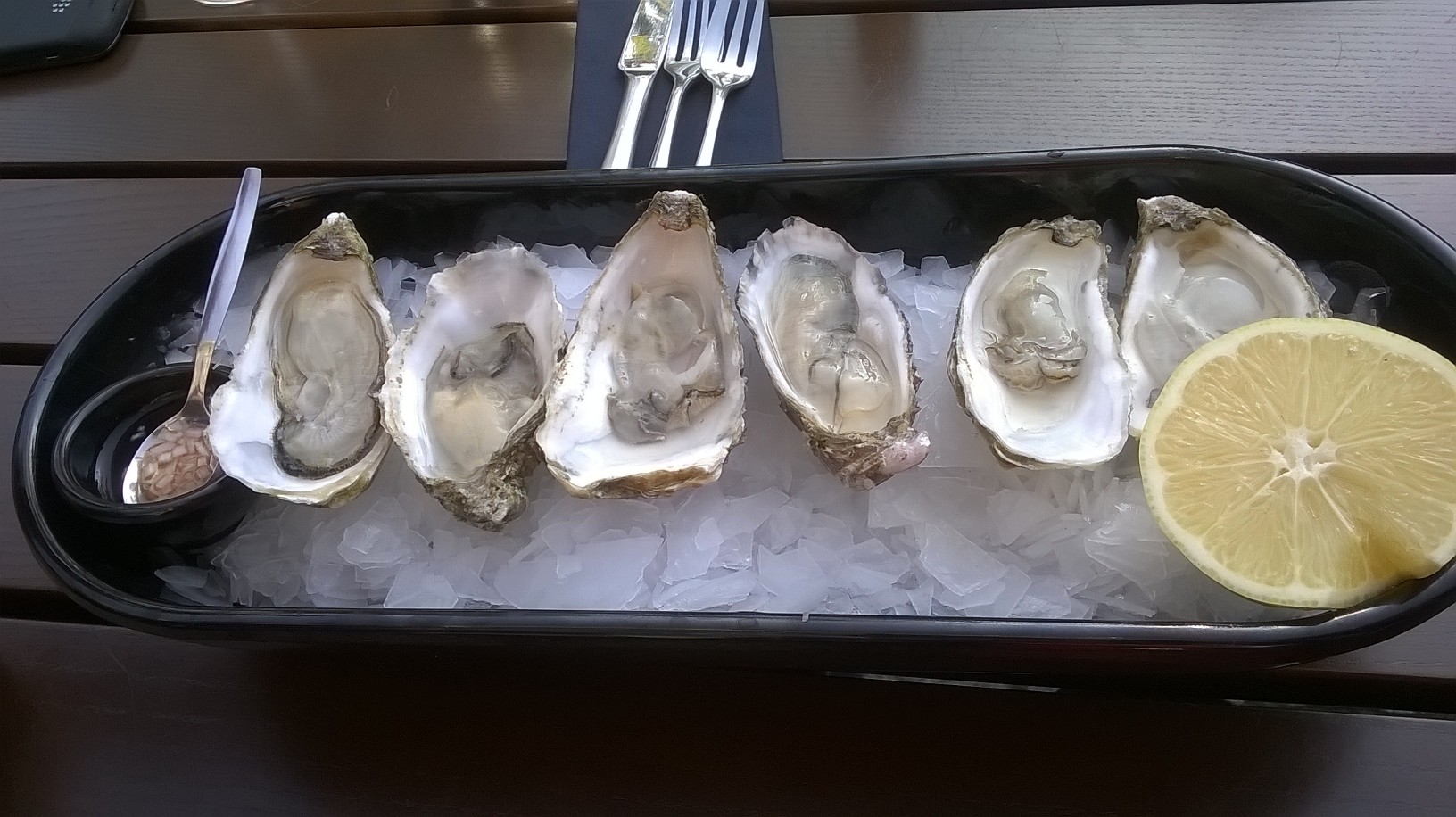 e decided we would have a few oysters to start with. After tasting the first oyster, we quickly ordered 6 more. They were juicy, fresh, with a crispy clean ocean flavor. I had them with a bit of ketel one and a squeeze of lemon on top, he preferred the vinegar and shallots combination with a bit more ketel one. The second course was a hamburger, medium rare, with thick-cut fries. The burger here is quite good, which is a pleasant surprise because it really is not that easy to find good burgers in Rotterdam or anywhere in the Netherlands for that matter. But I’ll leave the serious burger reviews to Pano! All I can tell you is that at Brasserie Stadhuis they don’t do much to the meat, keeping it simple with high-quality meat that wasn’t too compact or overworked. There’s a homemade yellow sauce on top which is good and doesn’t overwhelm the burger, though you could consider ordering the sauce on the side. We almost ordered oysters again after the burger (they were that good!) but decided to have the cheese platter instead. 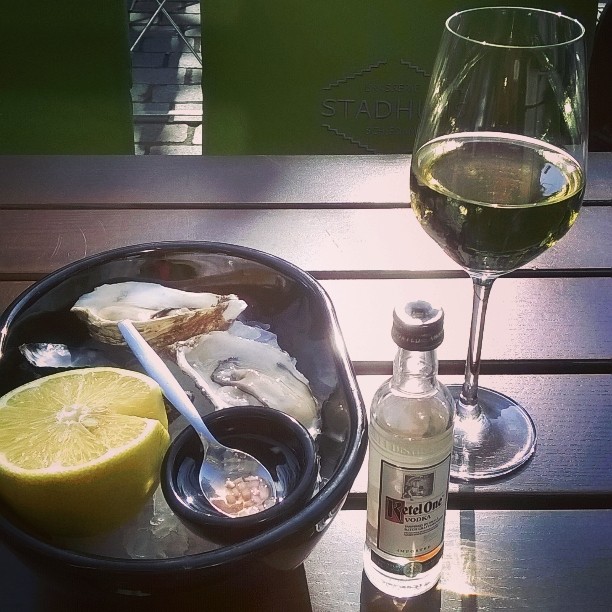 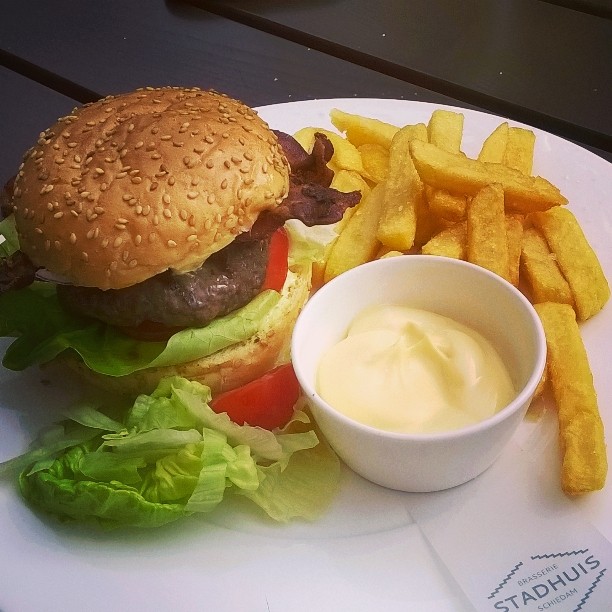 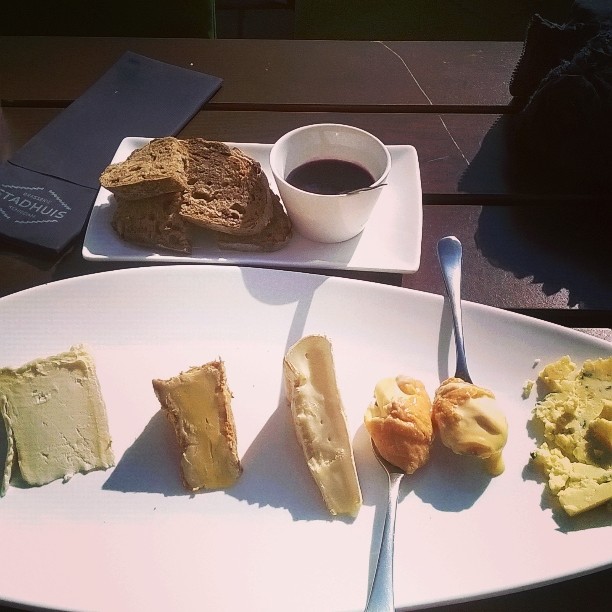 We decided to share a glass of port to go with our five cheeses. I’m not a fan of goat cheese so we asked them to leave that out. As for the five we were given, sorry, but I don’t remember what they all were. When the waiter explained I gave him wide-eyed enthusiastic nods, but as soon as we started eating I had forgotten most of what he had said. The first (on the left in the picture) was a very mild cheese and the second was a camembert au calvados. The third, can’t remember, but it was fierce. Fourth in line is my all-time favorite, epoisses. So we broke the left to right rule and went 1, 2, 3, 5, 4. The fifth was a stilton. They served it with fig bread and grape jam.

Done and satiated I was still dreaming of those oysters and sort of wanted more, but I realized that was ridiculous and didn’t do it. As I’m writing this I’m craving oysters once again… mmm… ooyyyssterrrsss…

The sun, the wine, the food, and I almost forgot to mention the excellent service, made for a great lunch. We had a three course lunch but if you have a simply lunch there (sandwich or salad and a drink) it would probably set you back about 15 per person.