I was visiting a friend in Amsterdam and we decided to go out for lunch. We needed a child-friendly place nearby (south side of Amsterdam) as my friend has a 17 month old toddler. He suggested Drovers dog, an Australian restaurant that does lunch and dinner. Shamefully uninspired jokes ensued and I was secretly disappointed when the menu didn’t have ‘shrimp on the barbie’ on it. Now I do have to say, there wasn’t much Australian about this place. The menu features items like cajun chicken wraps – sounds American, and breakfast cassoulet – sounds French. But then, what is Australian cuisine? Kangaroo meat, pavlova, and vegemite?

Walking in we passed the dessert counter, which was filled with all sorts of delicious looking cakes, and lamingtons. Now that’s Australian! Unfortunately they weren’t the classic chocolate ones but lemon and raspberry. And I couldn’t start lunch with dessert (right?), so we took a seat and ordered three items from the menu to share: the steak pie, the breakfast cassoulet, and the cajun chicken wrap. All three were pretty good. Nothing spectacular to be honest, but good enough. The steak pie was served with a chutney, the combination of the stringy meat with the sweet chutney worked really well. The cassoulet beans were made with pumpkin. They were creamy but a bit bland and needed quite a bit of salt and pepper. The bacon and eggs were good though the poached eggs could have been runnier, they were about medium boiled. The chorizo sausage was nice and spicy but a bit tough, so perhaps cooked a bit too long? The wrap was quite heavy due to the large amount of melted cheese. I couldn’t really detect anything very cajun about it and the semi-ridiculous amount of salad in it made me feel like I had ordered a salad by accident. So the winner of the three is definitely the pie. 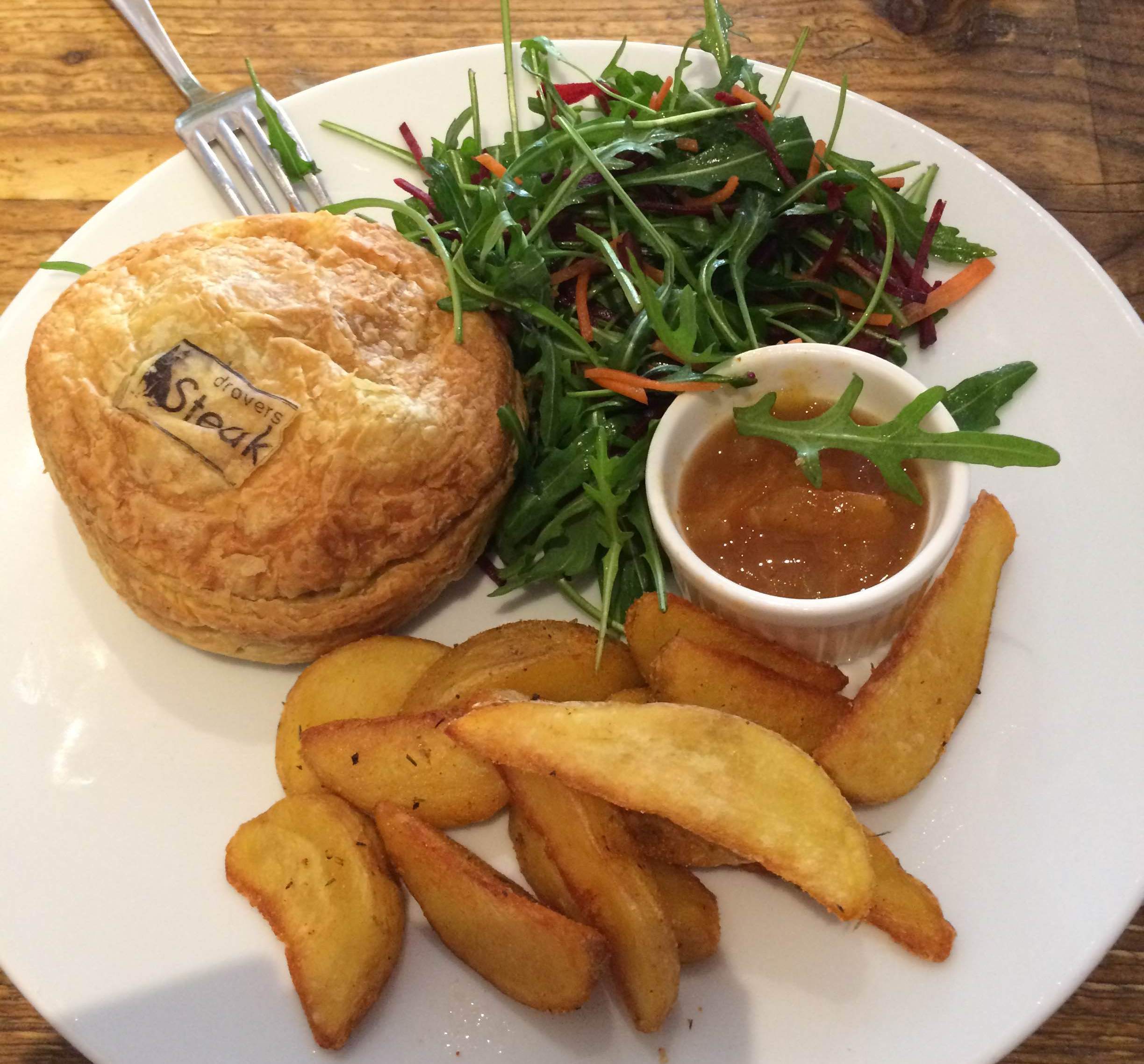 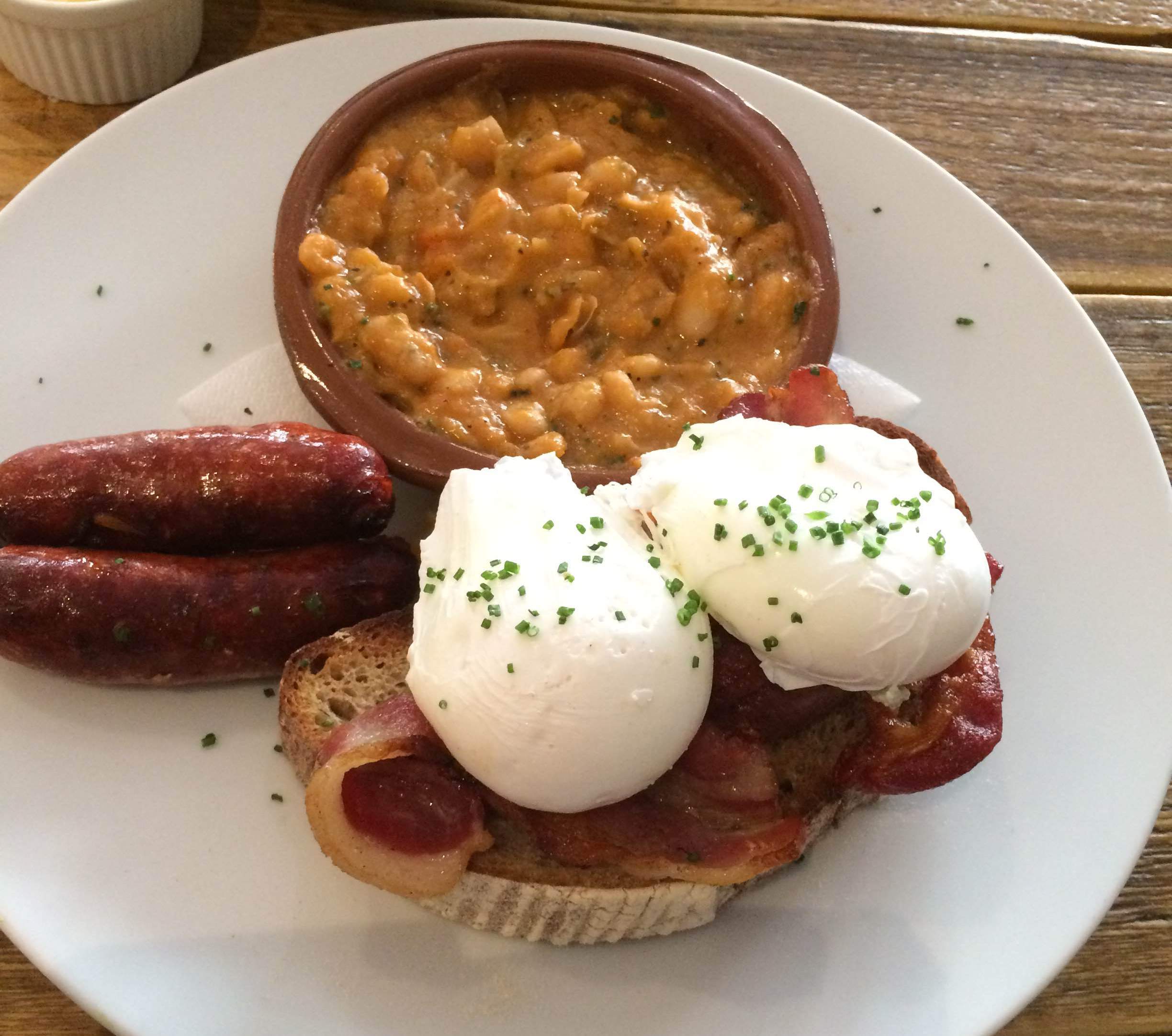 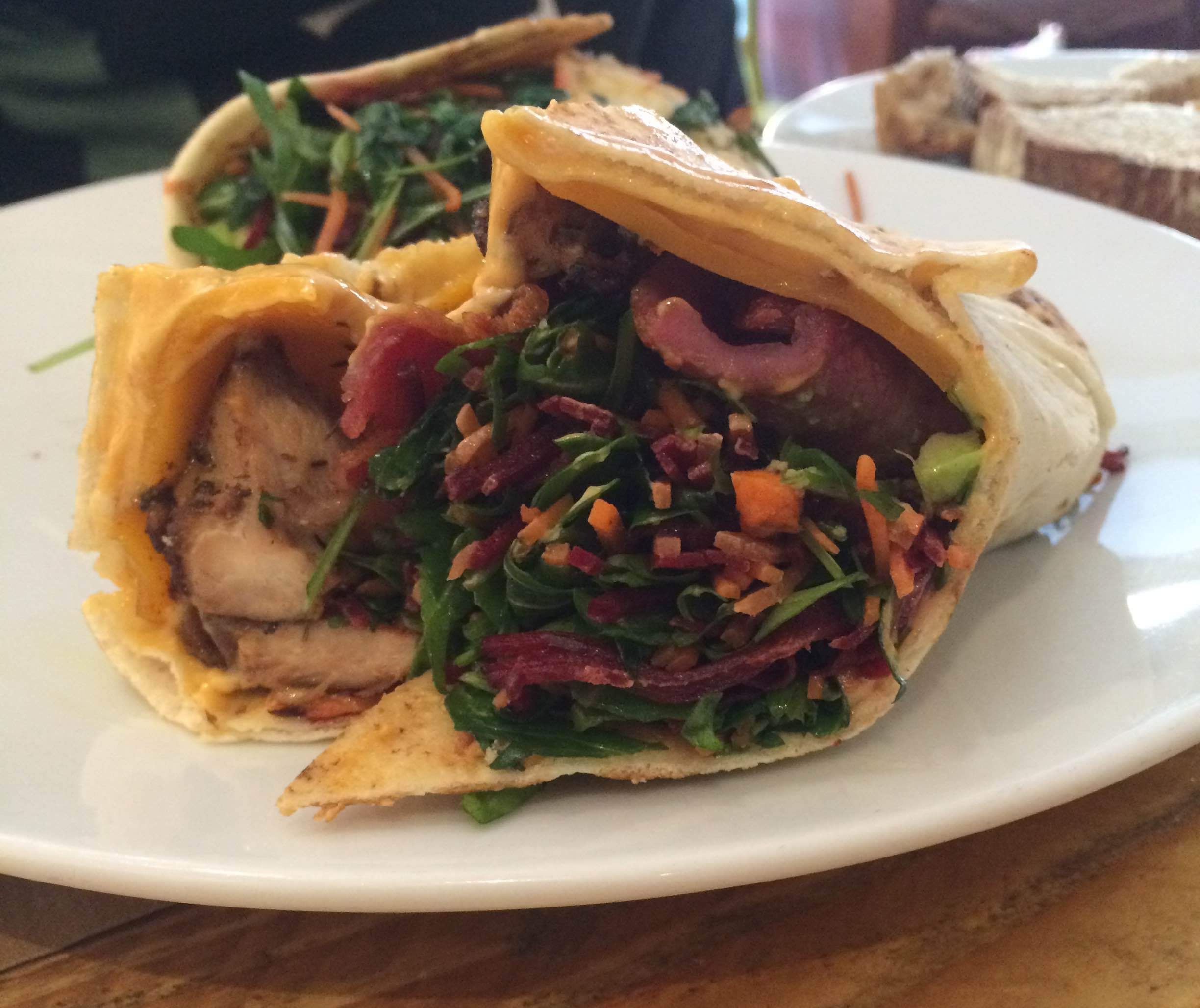 Speaking of pie. I was still thinking about that dessert counter when we had finished. But the portions had been so large that I didn’t really have room for dessert. Dilemma! I solved the problem by taking the desserts home and binging on them at night. I forgot to take a picture but I ordered three things: the chocolate ganache pie, the lemon lamington, and the milk chocolate rocky road. The ganache pie was heavenly. Velvety smooth chocolate and not too sweet with a nice and crunchy pie crust. The lemon lamington was sweet and tangy at the same time, pretty good but I definitely prefer the classic chocolate lamington. Then the rocky road, which turned out to basically be a brick of chocolate with marshmallows, and a bit of dried fruit and nuts. Can’t really go wrong there. I definitely enjoyed the desserts more than I enjoyed the food at lunch. Guess next time I should start my lunch with dessert!