Last Sunday we finally got around to trying Ontbijtbar, which translates to Breakfast bar. This hipster joint near central station opened up a year or so ago and serves breakfast 7 days a week, open from early in the morning till late afternoon. We had walked by several times before but it was usually coming from, on our way to, a restaurant. Last time one of the chefs was standing outside having a smoke as we perused the menu in the window, and he proudly told us we should come in and try it, “it’s really good!” We had just had burgers and fries so we promised next time, next time…

We walked in at about 11:30 on a Sunday and the place was quite full, with only 2 tables left. So we quickly grabbed a table and then studied the menu. There’s a big sign that says ‘order here’ at the bar/kitchen, so you have to get in line and order at the counter, your food and drinks will be brought to your table. What to have? The full English breakfast? The breakfast burrito? Even the oatmeal and granola looked good. We both settled for eggs benedict and were not disappointed, though we did regret not ordering two different things. Rookie mistake. The eggs were very runny, the hollandaise sauce slightly tangy. The biscuit underneath was flaky but needed a bit of salt, though the bacon made up for it in saltiness. 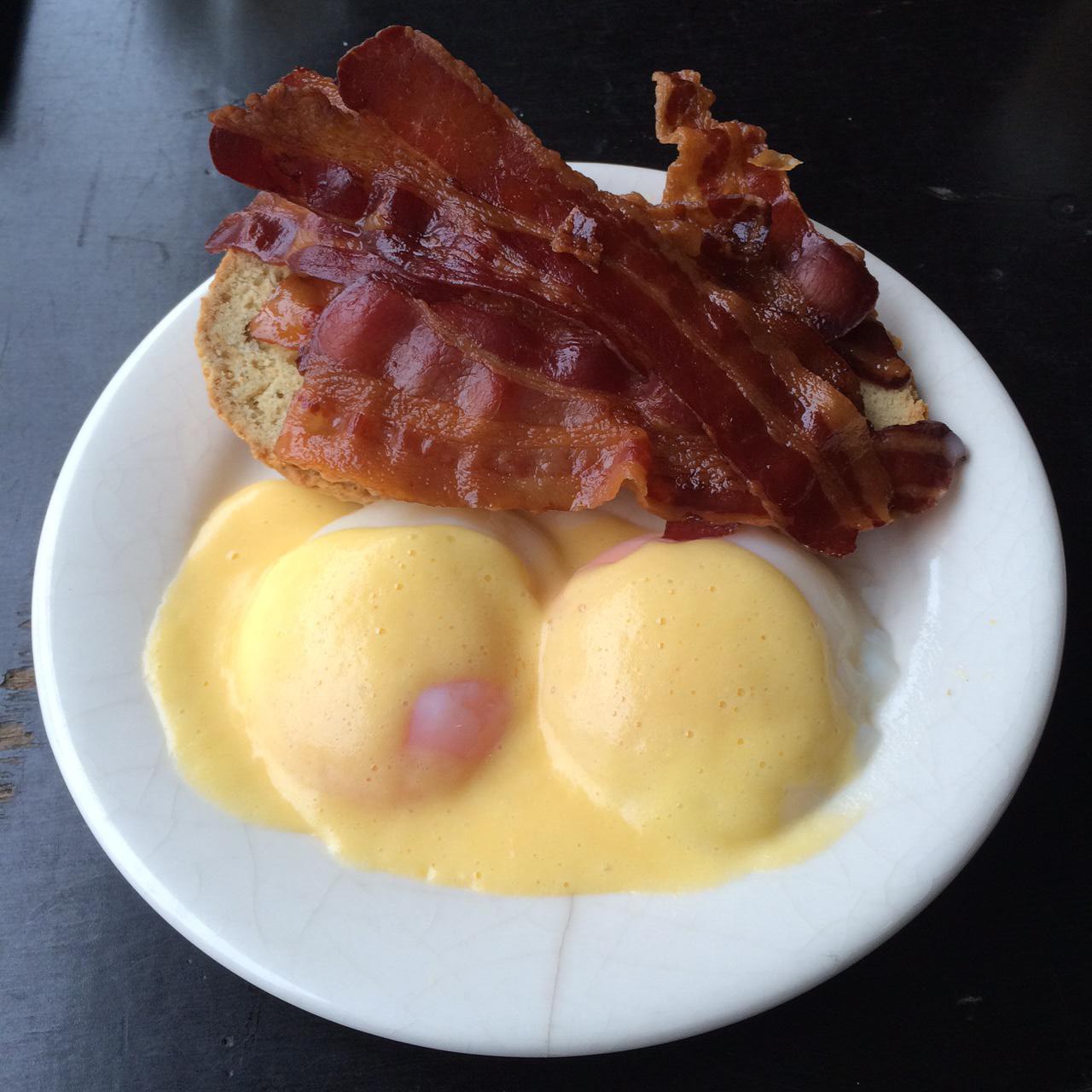 As we waited for our food the other dishes flew out the kitchen and were served to other guests. What really caught our eye was the French toast, which is served with banana and dulce de leche. So after we finished our eggs we ordered that as a dessert. They were sold out! Apparently, it sells out quickly on Sundays, so you need to come in early if you want to get the French toast. Which then made me wonder, if that happens every Sunday, maybe increase your supply? But maybe they’re doing it on purpose so people come back for the elusive French toast. It worked on me because I’m going back for that, and the other dishes, sometime soon. We settled for the pancakes with maple syrup instead. The pancakes were fluffy and just perfect really. The maple syrup and dollop of butter on top finished it off perfectly. See you soon Ontbijtbar! 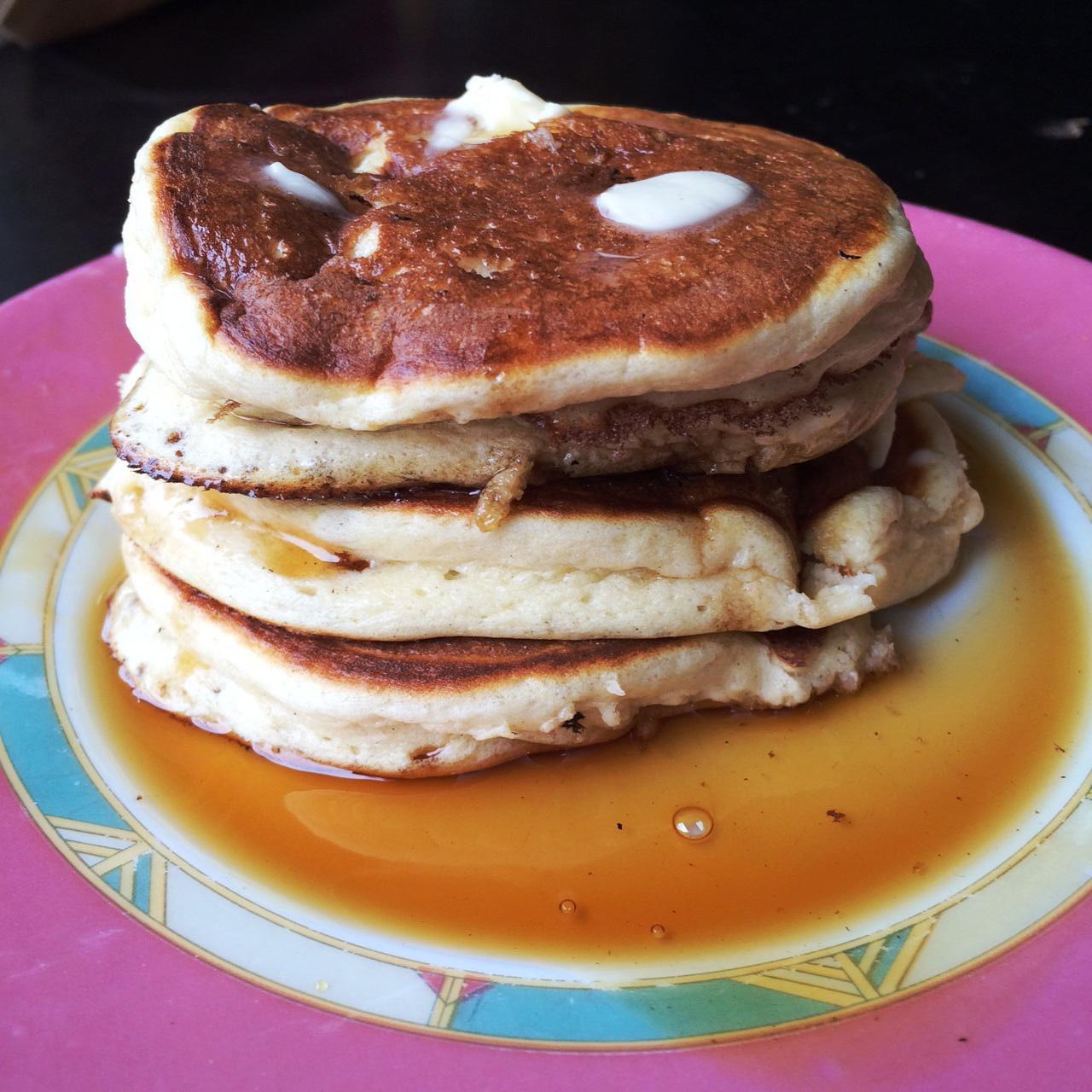