Rotterdam has a new fancy food hall called Markthal; it houses all sorts of food stands and restaurants and we decided to try out Firma Pickles – Burgers & Wines as the name contains three things we like: pickles, burgers, and wine! I had walked by earlier that afternoon with a female friend of mine, D, and we had asked if we could make a reservation for that evening. One waiter said no, and then another waiter came up next to her, points at the first waiter and then plants a kiss on her cheek. She flinched backwards and I, too, was in shock at this extremely inappropriate gesture. The first waiter looked uncomfortable as well and slowly made his retreat. Unfortunately, my mind goes blank when completely unexpected things happen, so I didn’t come up with clever retorts until we walked away. Though I suppose a slap in the face would have been the best response. D was a bit sharper than me, my brain was still short circuiting when she said, “So can I get a reservation now?”, and we were told if we come back that night we would get a table. We scrubbed her cheek clean and lamented about the male chauvinistic society we live in, and went back later to try the damn burgers (and pickles and wines).

It was a Friday night and Firma Pickles was quite full. We were offered a place at the bar tables in the back until a table for 5 would free up. We looked at the menu, looking for a snack and some wine. The wine list is surprisingly limited for a place that has the word ‘wine’ in its name and professes to be a wine bar. There are three price categories to choose from, the max being 26 euros a bottle. We ordered the Beaujolais wine from that last category. It wasn’t bad, but it wasn’t anything special either. Just a simple red wine. The waitress made an unfortunate error, she didn’t let us taste the wine and simply poured out five glasses. Whoops?

We ordered a mix platter of meat, cheese and bread. A different waitress this time, told us she didn’t have the whole assortment of meats and cheeses but would put something good together for us. The platter goes for 9,50 per person, so we ordered a two person portion. As you can see in the picture, it’s freakin tiny. And there were 5 bread rolls, herby butter and tapenade, a few slices of one type of salami, a few chunks of semi-old Dutch cheese, and sliced bell peppers and cucumbers (that weren’t pickled! we were so hoping…). This platter for 19 euros is a total rip off. By the time we had almost finished our mini appetizer, a table was available. We carry our own wines and the bottle and discuss amongst ourselves if we should carry that platter. Finally we decide, fuck this, they should do that. We sit down at our table, and that platter never shows up. Granted there was only a bell pepper and bread roll left, but still. Where is the service?

New table, new waiter, let’s give this another chance. The waiter is chatty and friendly and has the hipster look that matches the interior. We order our burgers and soon enough they arrive. A burger, French fries, coleslaw and mayonnaise. This is where Pickles slightly redeemed itself. The meat on the burger had good beef flavor and was made to order, medium rare. I really wish I had more nice things to say about the burger but here goes nothing… The meat was way smaller than the bun, the burger looked like a mushroom cloud! On the menu, the double cheeseburger only has mustard and ketchup on it, and aceto shallots. In reality, the shallots seemed to be in a sort of bbq sauce and there was mayo on the burger as well. All these condiments made the bread quite soggy. The French fries were really good, nice and crispy. However, they put dried rosemary all over it. Why? And lastly, the coleslaw was too sweet. 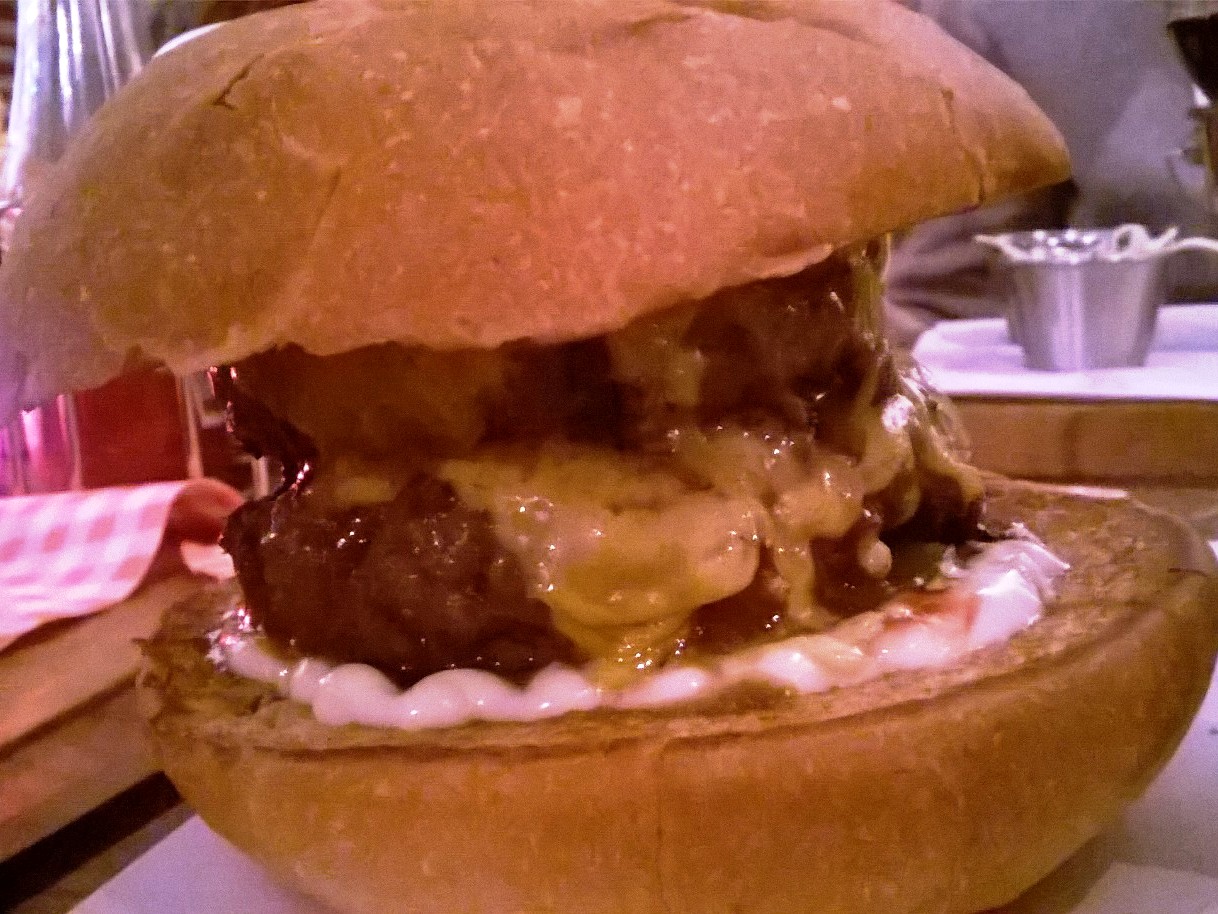 Ok, so the burger was good, the wine was so-so, and the pickles were non-existent (three slices on your burger). With a name like Pickles and jars of pickles lining the wall you would expect an assortment of pickles. We even asked our new friendly waiter, “Why aren’t there pickles on the menu?” He said, “Yes, there are, they’re in all the burgers.” I said, “Ok, so what if we want to order extra pickles?” He replied, “Then you just tell me and I’ll get you some.” Ummm… ok. Not really what we meant. After he left we noticed the jars of store-bought pickles in the kitchen and were all rather heartbroken. Maybe they should rename the place Burgers to avoid confusing people… 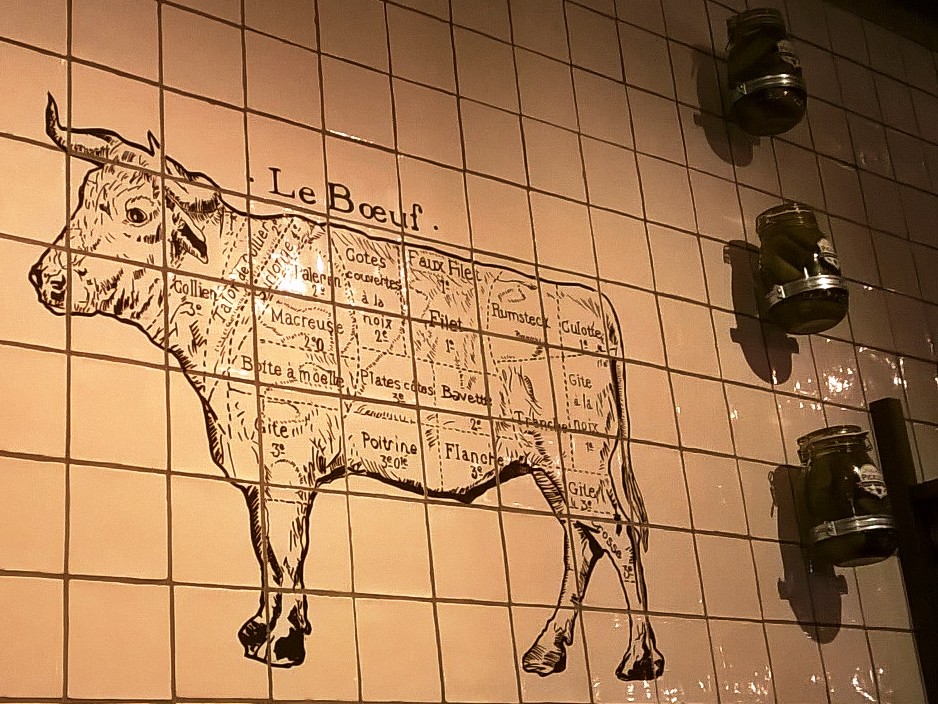