My friend and I were looking for a quick dinner on a Monday night, and decided on Tai Wu – a Cantonese dim sum restaurant in downtown Rotterdam. M had lived in Rotterdam for many years and to my surprise, had never been to Tai Wu. It’s a shame we weren’t with more people as there are many dishes here that I enjoy, and the more people you eat with, the more you can order. I managed to restrain myself, settling on a few favorites, and our doggy bag after dinner was of very modest size.

We were given the menus and ordered our pot of Jasmine thee. If you are Chinese, and speak Cantonese or Mandarin, you will be given the Chinese menu, which contains a lot more dishes than the Dutch/English menu. In fact the dim sum menu you are given just has pictures and curiously skipping number: 1, 3, 4, 27, etc. Obviously there are items missing. What magical dishes are they keeping from us? I’m sure this developed after these dishes frequently did not appeal to your average non-Chinese. I’ve only been to Tai Wu with a native Chinese person once and it was a delight having him read the menu items to me. Anyway, it’s okay, I’m used to pointing at the pictures, and I know which dish on the Chinese menu I want that isn’t on the menu given to me: desert shrimp (in Dutch, woestijn garnaal). It’s called desert shrimp because of the panko crumbs that cover the shrimp. Mind you, the crumb isn’t part of the batter on the fried shrimp, it’s salty and spicy and fried up to go all around the shrimp. This crumby stuff is amazing and I always end up throwing it all over the rest of the dishes we order. Careful with the dried chilies, they’re a bit evil, but the fresh chilies in there give a nice kick of heat. 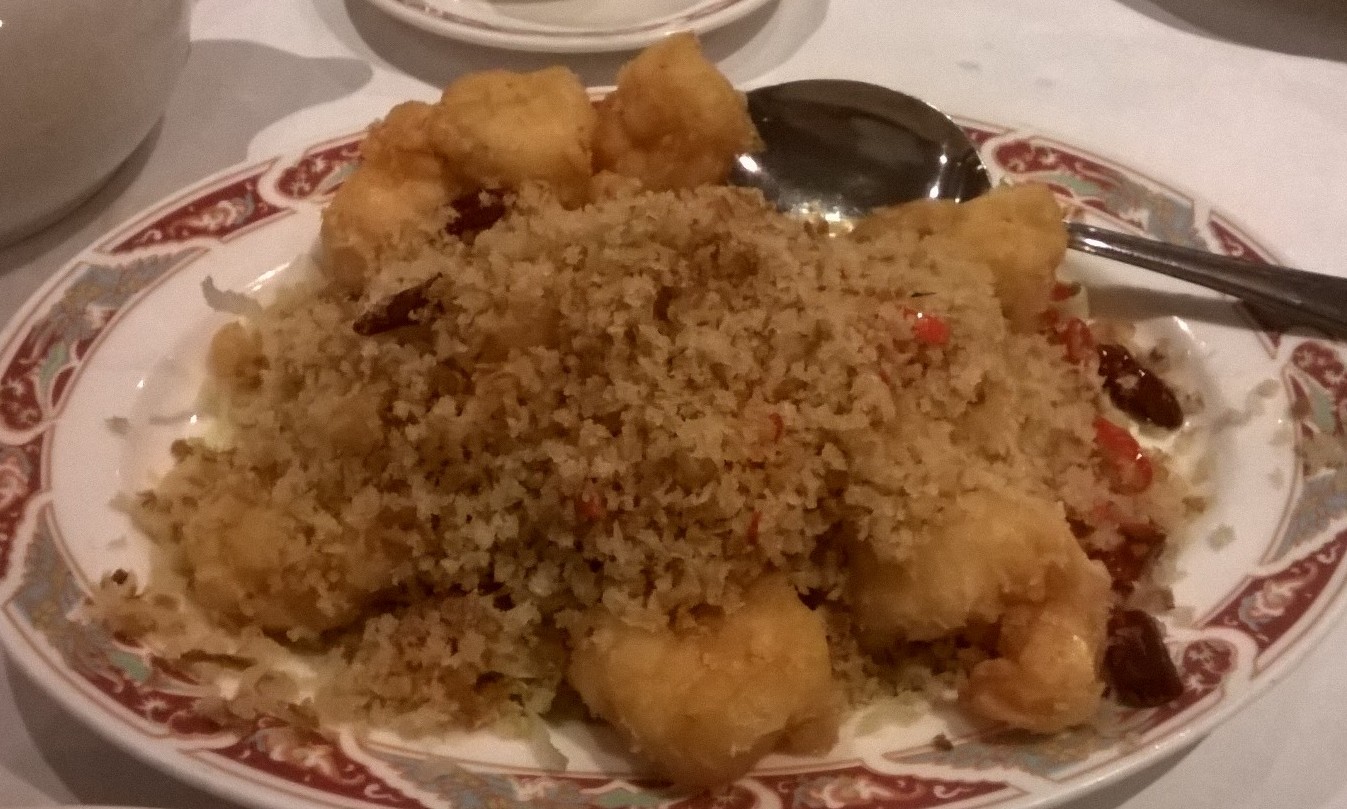 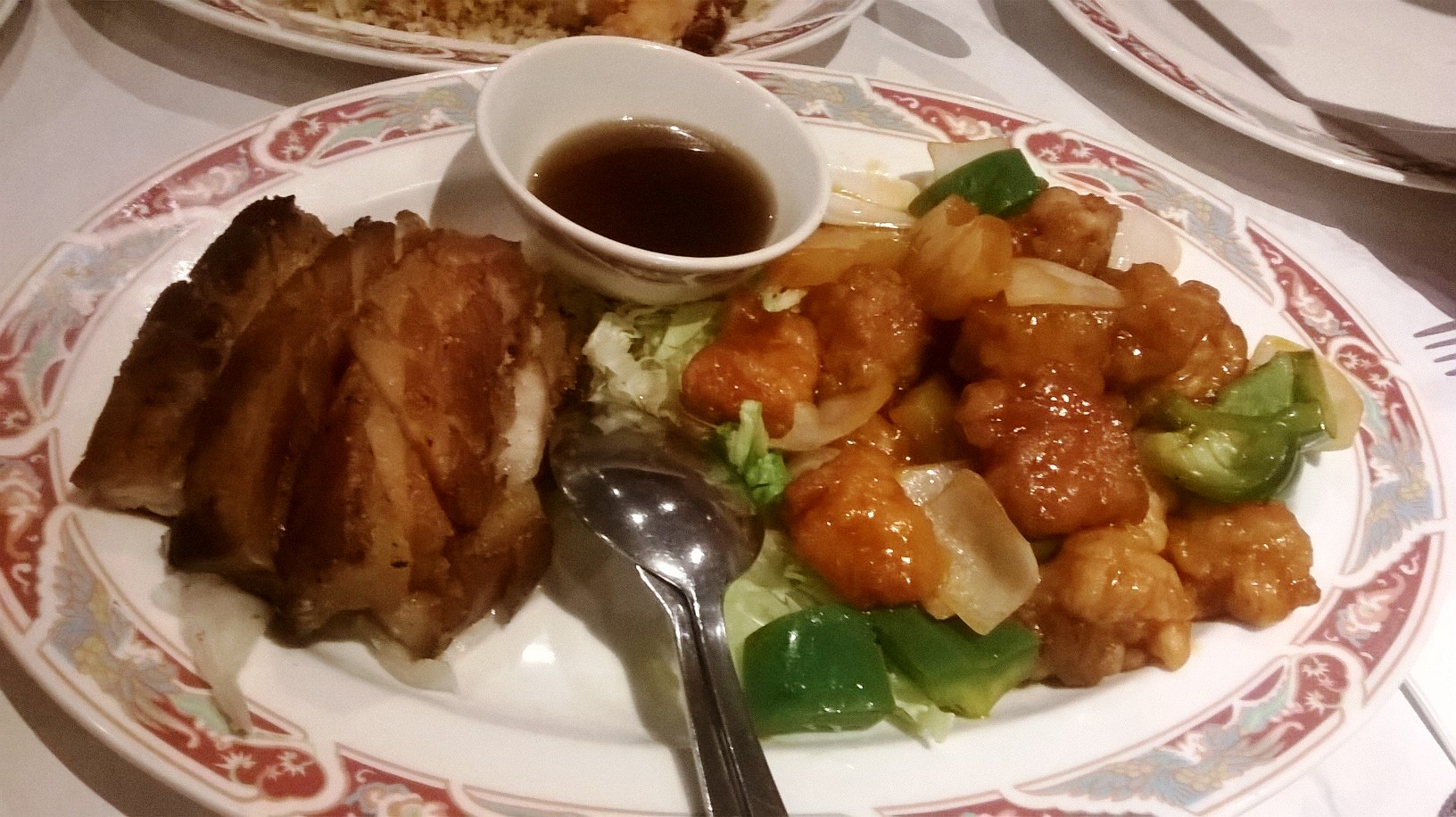 We also ordered a mix platter of roast pork belly and sweet and sour pork. The pork belly is crunchy and salty, and the orange sweet and sour pork is the usual sticky sweet sauce. I love combining the sweet and sour pork with the panko crumbs from the shrimp. We also ordered a couple of dim sums. First of all the cha sieuw bao, with fluffy dough and tasty cha sieuw inside. Then we had some deep fried shrimp dumplings and squid cakes. They are both served with a sweet sauce. Last was the zhaliang – rice noodles wrapped around fried dough and shrimp with a chinkiang vinegar dip. 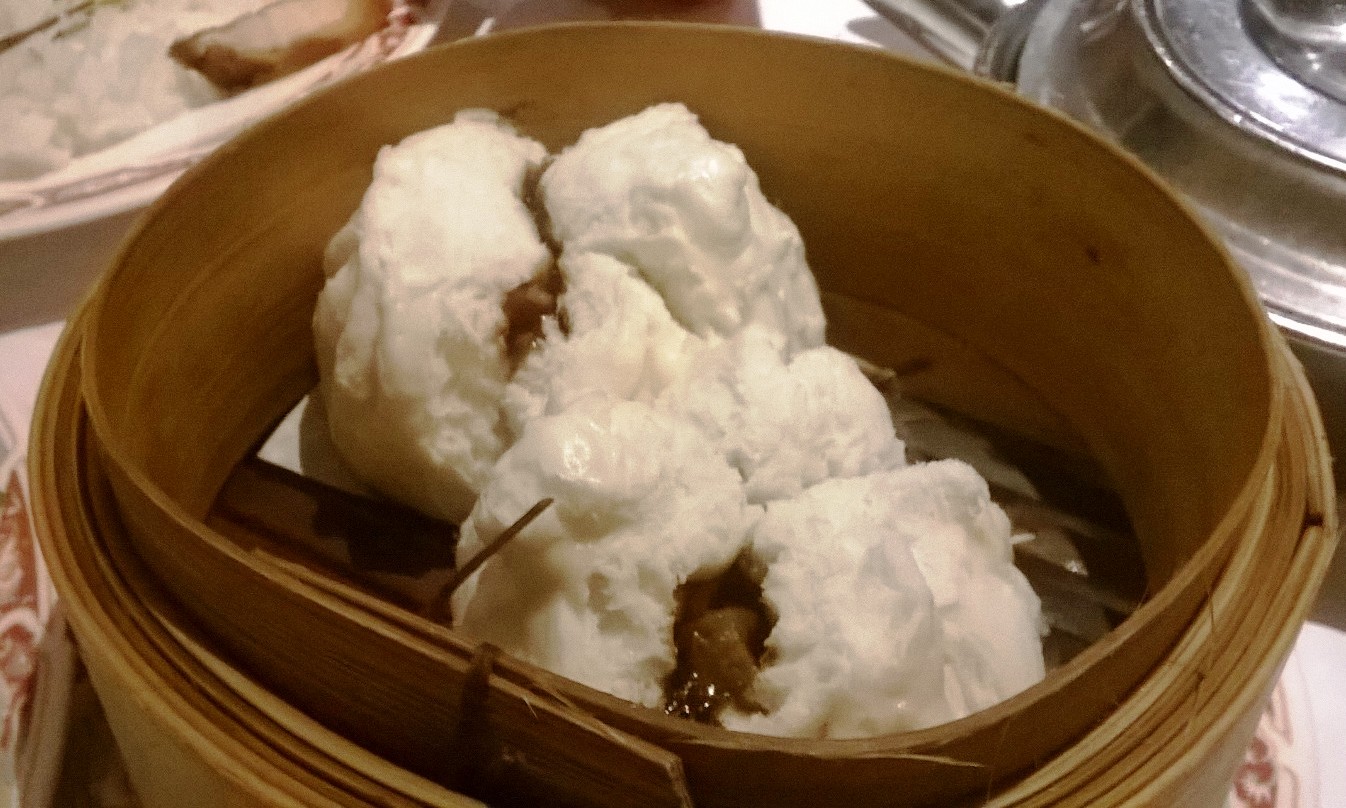 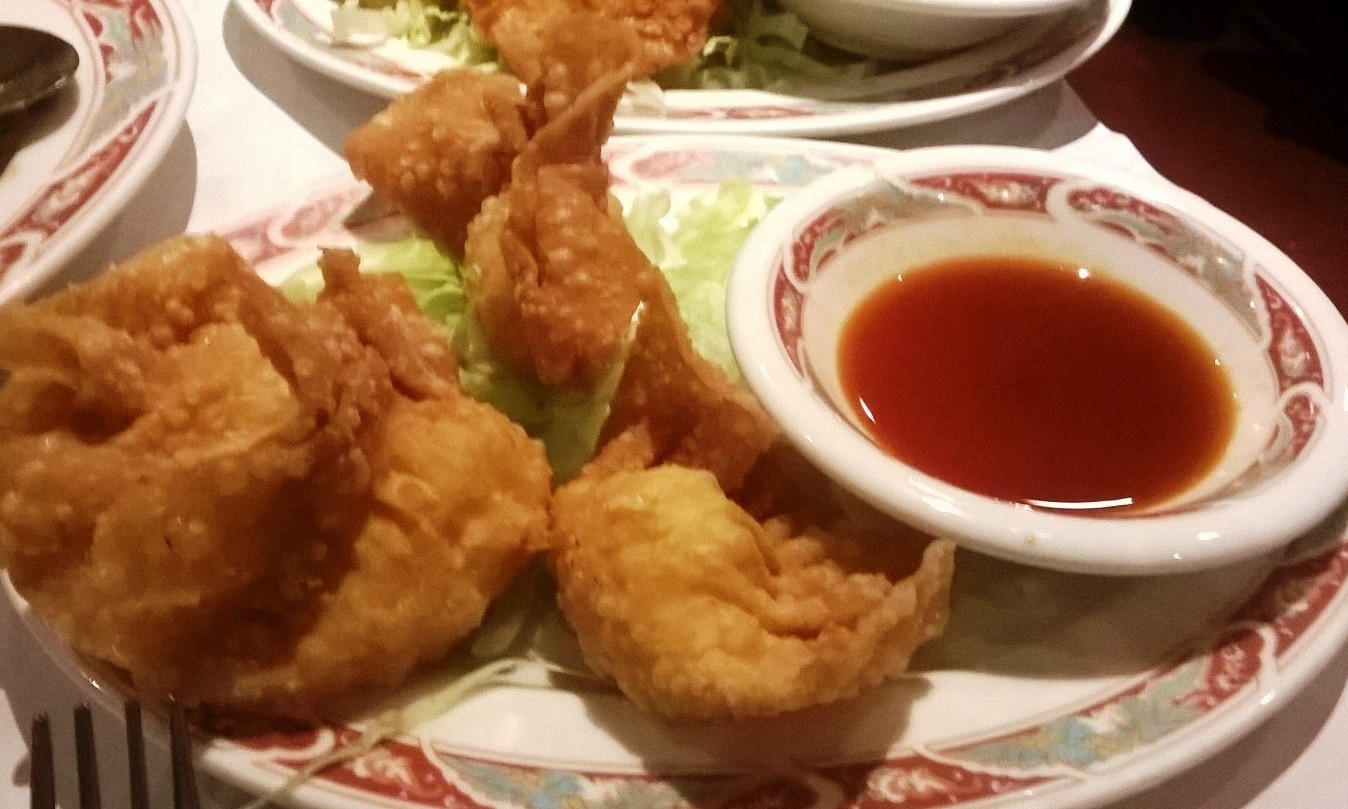 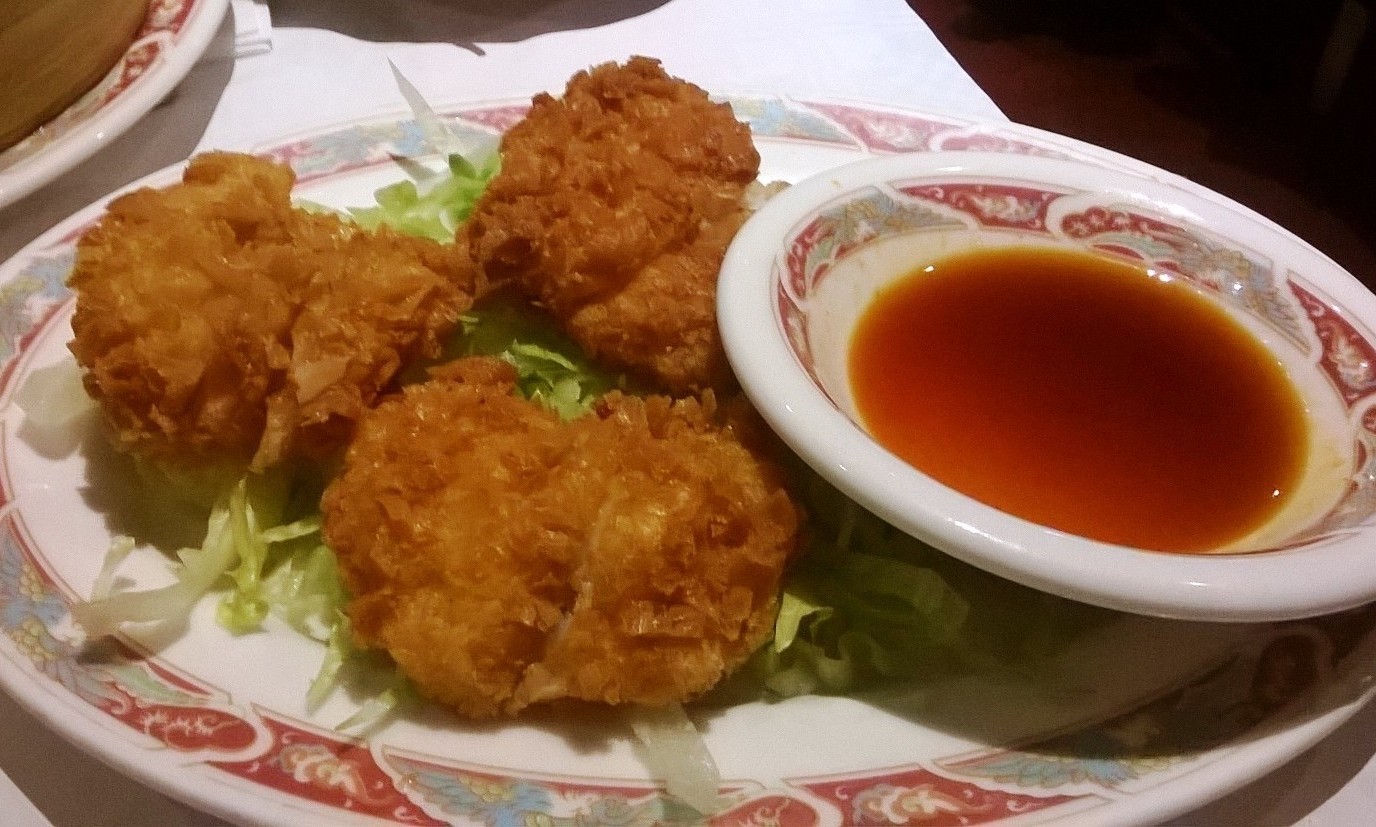 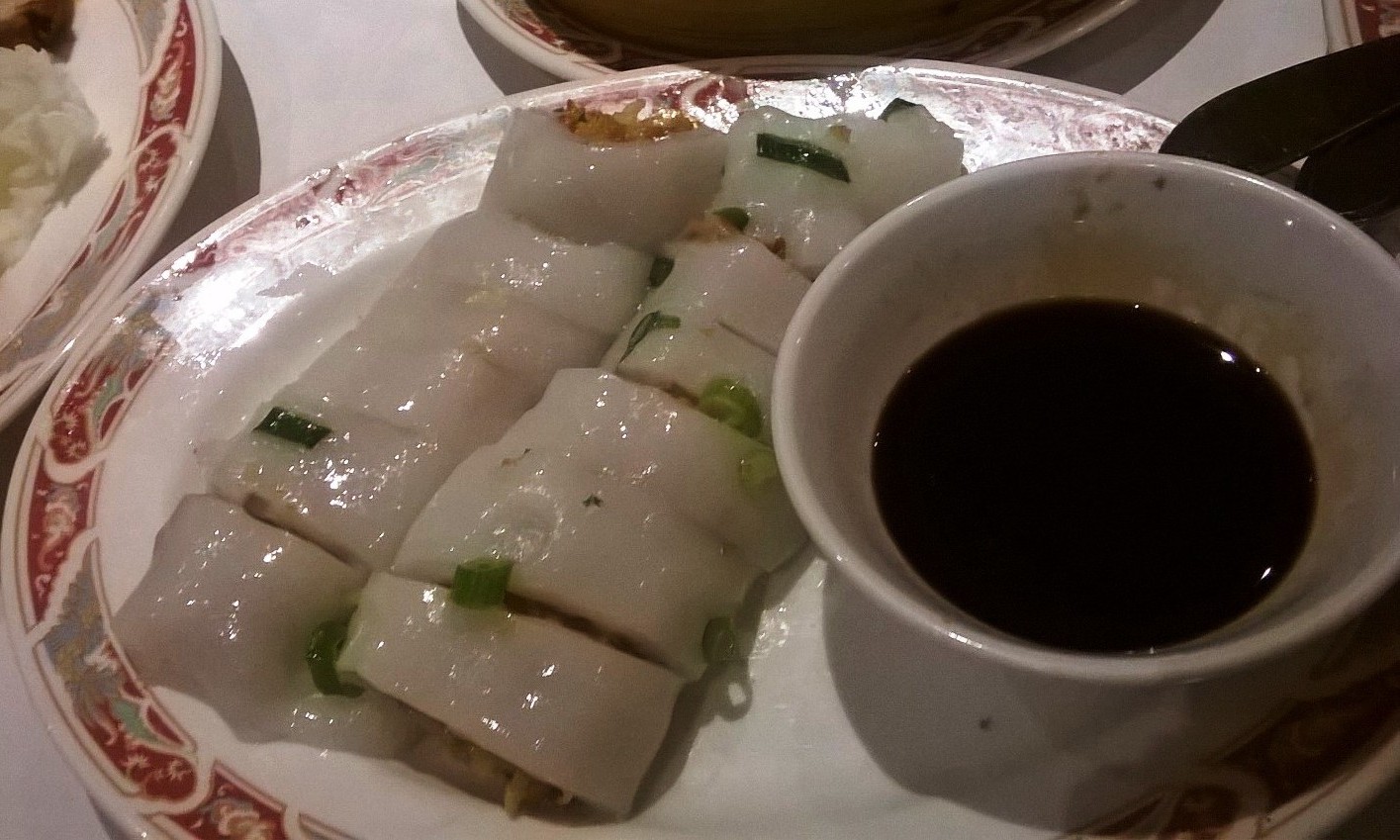 We go to Tai Wu quite frequently and other favorites include the steamed chicken with garlic and ginger, the black pepper beef with macadamias, the cha sieuw, and the kai lan with oyster sauce. Give it a try and do bear in mind that it is a typical Chinese restaurant, so don’t expect friendly service – they are quick and to the point. Also the interior is a bit dated and tacky, but you’re not there to look at furniture, you’re there to eat good Chinese food!