You may be thinking, what? More pizza? Well yes… more pizza. What can I say, we like pizza. Last summer we were in Naples, the birthplace of pizza, and went on a two day pizza binge. Anyway, we walked past Sugo when we were on our way to Grand Garden for dim sum. We weren’t looking for pizza, but pizza found us. The Roman pizza al taglio style square cut pieces of pizza lured us away from the dim sum and into Sugo.

The pizza al taglio style, also known as pizza al metro, is basically a long rectangular pizza that is served by the slice, perfect for a quick bite on the go. We ordered three different slices, margherita, salami, and eggplant. They also had a nutella pizza but apparently I had some self-restraint that day because I didn’t order it. They cut the pizza squares with scissors and finish them in the oven. As you can see in the pictures, the amount of topping on the pizza varied greatly per piece. The margherita, which is usually our favorite pizza, was a bit too dry and didn’t have enough tomato sauce. The mozzarella they use was slightly tasteless, too, so we weren’t very enthusiastic about this one. The salami was slightly better, but only because it had salami on it. The eggplant was the definitive winner of the three and in fact very good. The Parmesan flakes on top gave a salty, cheesy kick, and there was enough tomato sauce to balance the flavor out. I think with these types of pizza’s you’re better off getting the ones with lots of toppings because the crust is quite thick and the pizza gets reheated, so to retain proper moisture you need juicy toppings. Also, I think the middle pieces are better than the very crusty pieces, so if you can, make them give you the middle pieces! We were in and out within half an hour. So for a quick and relatively cheap lunch, this place is ideal. 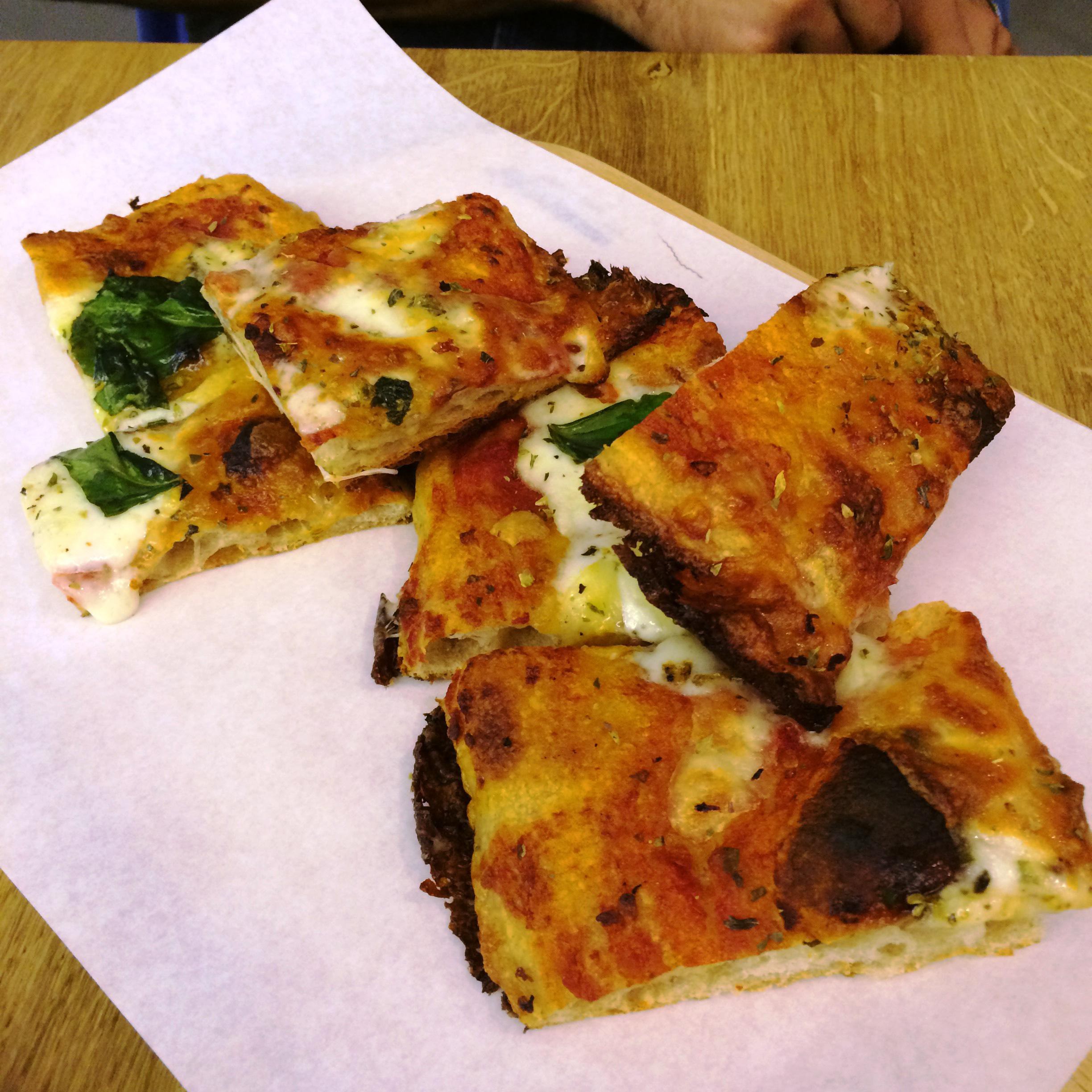 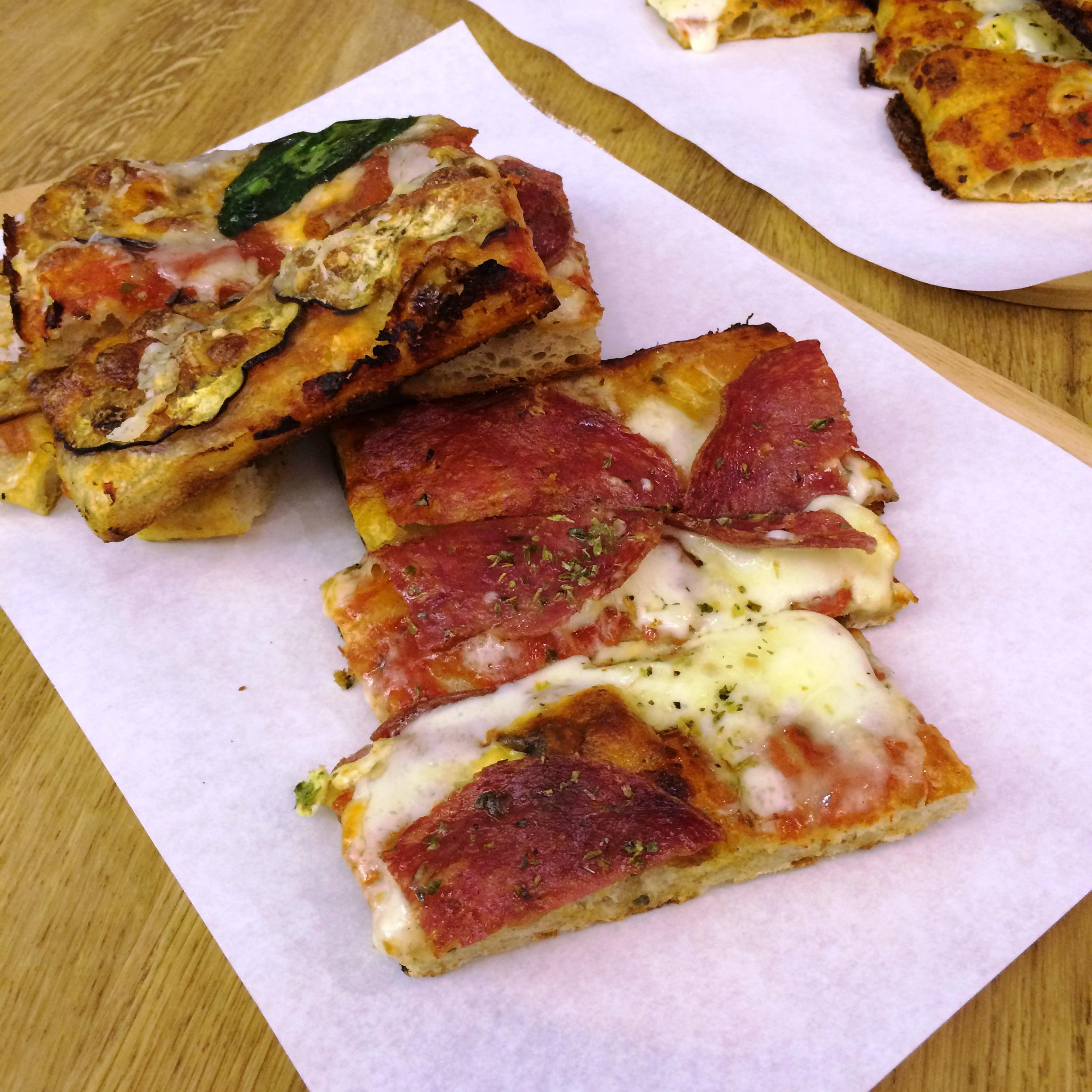