My friend works in Amstelveen and when we met up for lunch he surprised me by taking me to a Japanese restaurant. In fact there were several to choose from, right next to each other, specializing in different things. I said, “Well which one is good?” And he said, “They all are.” Huh? Why so many Japanese in Amstelveen? The answer is of course business. Apparently there are a couple of thousand Japanese people living in Amstelveen, which is basically a rich suburb of Amsterdam. This influx of Japanese business people and their families means that, fortunately for us, Japanese food was brought over as well. We had lunch twice in the past month and visited Ishii the first time, and Tanuki the second time.

The kitchen at Ishii is run by a single chef. According to my friend, it is rumored that the chef used to work at a multinational, but quit his job to open this restaurant because there weren’t any good ramen places. I do hope the story is true, though all that really matters is that there’s a good ramen place now. The chef stands in his open kitchen and makes all the dishes himself, which means when it’s busy you may have to wait a while for your food. We were there on a weekday at noon, so it wasn’t very busy. We were given laminated plastic menus where the language was Japanese first, and English second. There was the ramen menu, which showed from which region the different types of ramen came from. The other menu featured dishes such as omelets, pancakes, Japanese curries, and various grilled or fried meats served with rice. It was difficult to choose, I wanted to try everything. But my friend said he came there for the ramen, and considering the mysterious tale of the ‘corporate man gone ramen’, I had to follow his example and order the tonkotsu shoyu ramen from Yokohama. We also ordered a side of gyoza. 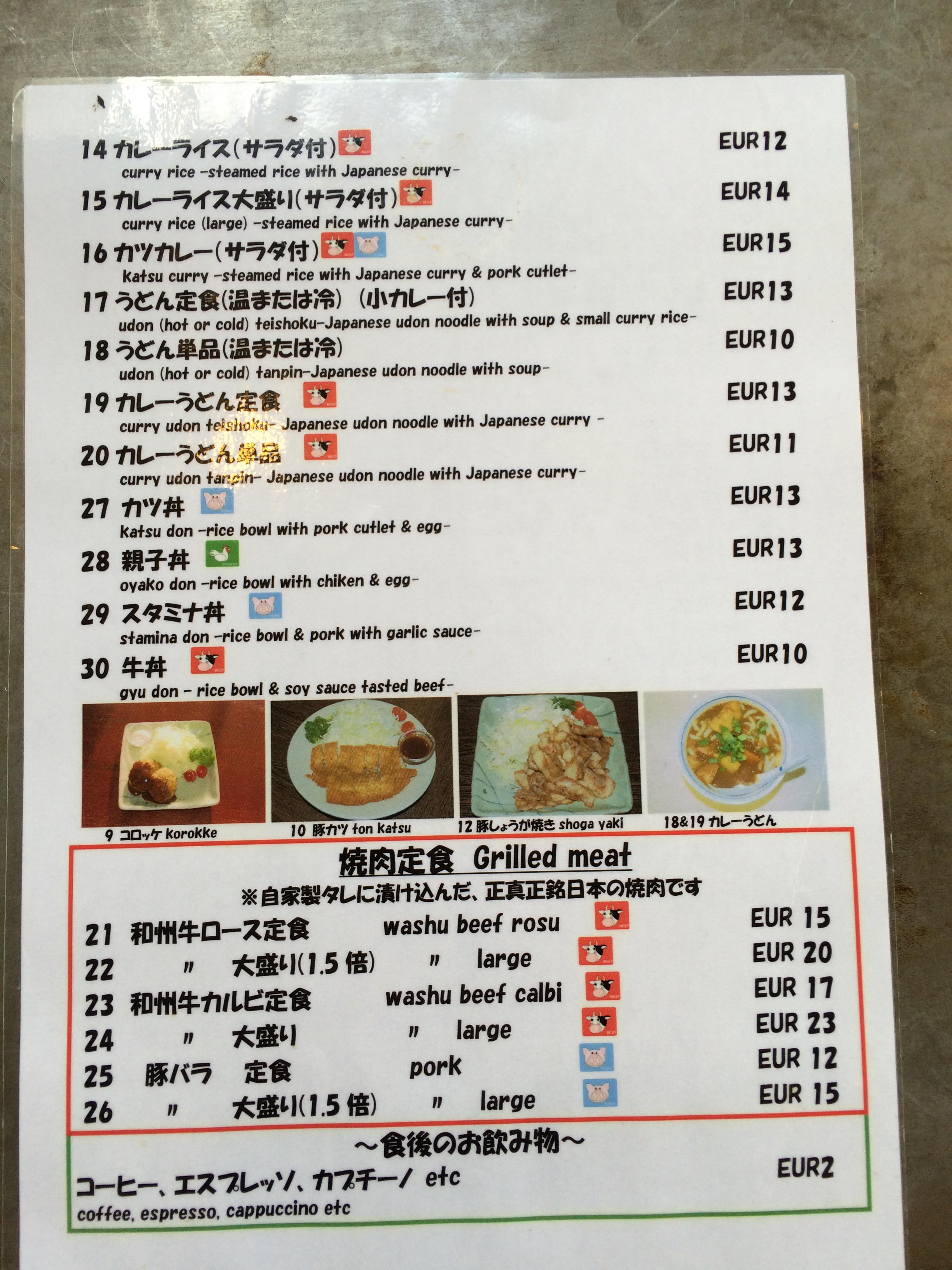 The gyoza came out first and were crunchy, light, and flavorful. It was a simple gyoza that left me wanting more. Thankfully, the ramen came out quickly. After watching Tampopo (Japanese ramen/food cult movie, watch it!), I knew there were steps to starting on my ramen. First I had to take it all in, smell the entire bowl and let that settle. I pushed around on all the bits and pieces in my bowl and then dipped my spoon in, allowing only broth onto my spoon. I sipped it, tasting the salty and creamy broth. It was a good broth. I then picked up my chopsticks and tried the noodles, which were chewy and dense, a good bite. I don’t remember what the rest of the rules were in Tampopo, nor did I care at that point. I ate my bowl of noodles happily. The piece of pork belly was melt in your mouth soft and if I had to complain about something, it was the fact that there was only 1 piece of pork in the bowl. You do have the option of ordering more meat, which I suggest you do if you’re ever there. 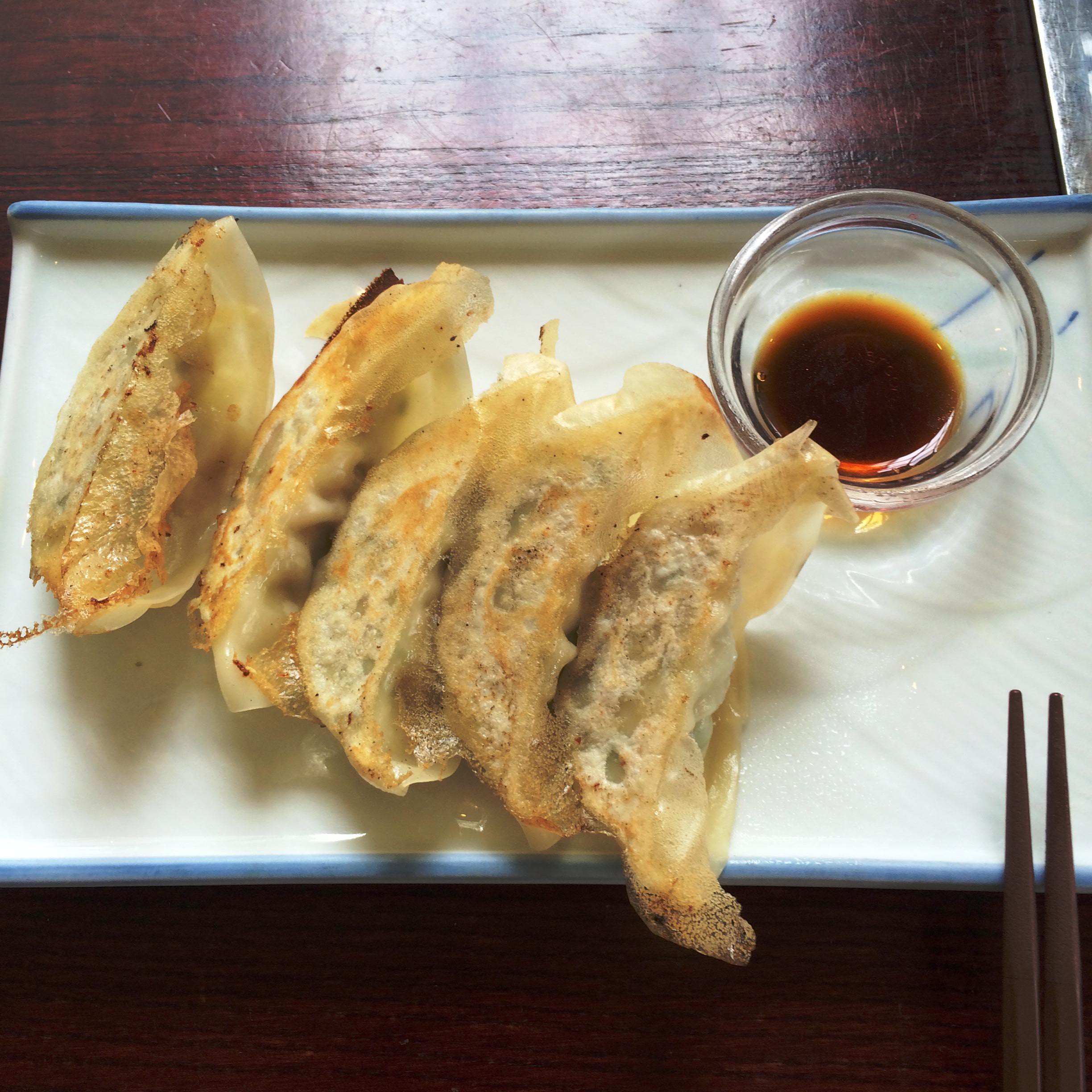 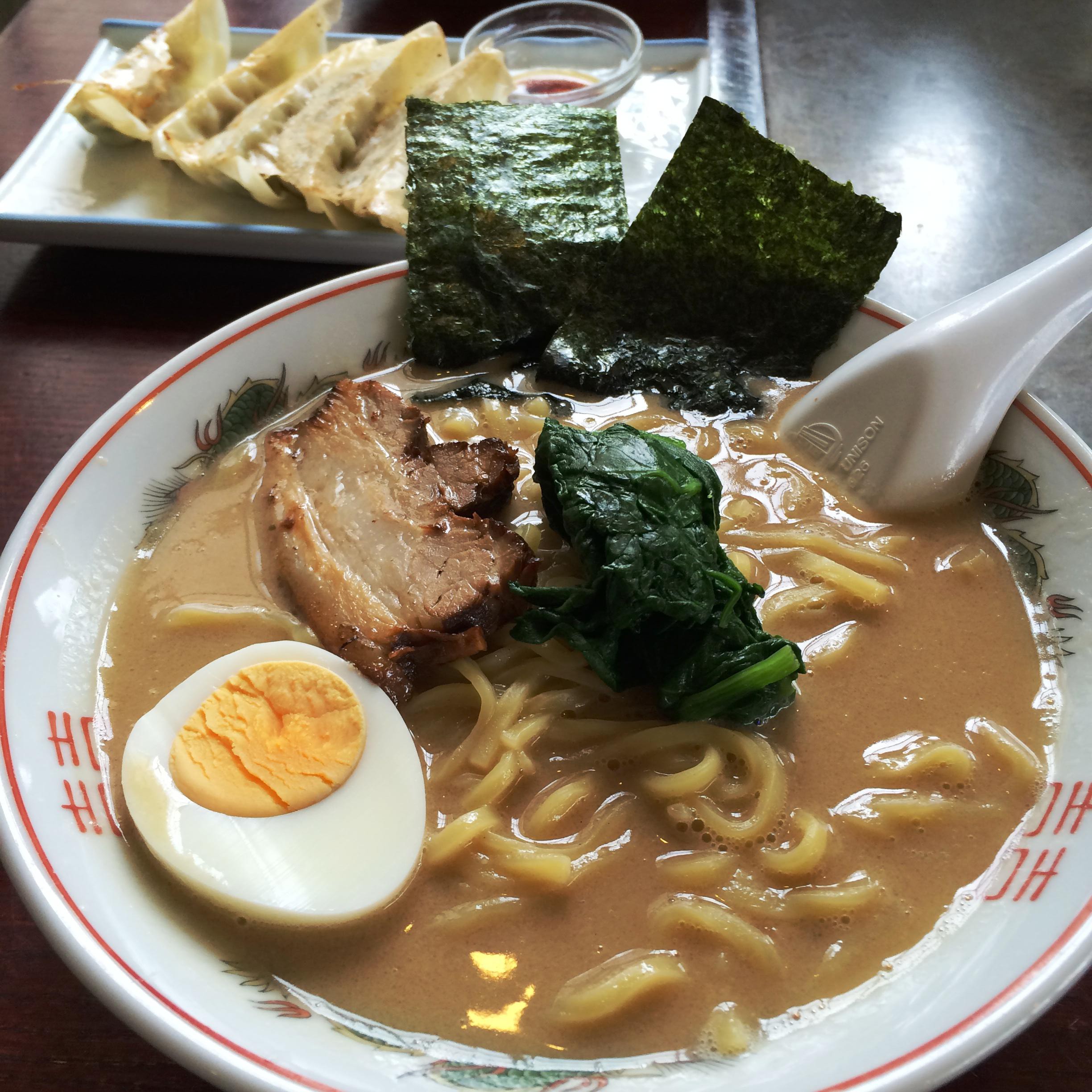 Our second lunch was at Tanuki, an izakaya which, amongst other dishes, serves rice bowls (donburi) and sushi. “Do you like eel”, he asked, “Cause then you should have the unagi donburi.” I was eyeing the fried chicken but once again went with his suggestion. We also ordered a sushi and sashimi set and a dragon roll. Both were good, but the dragon roll was really good, packed with flavor. It was filled with shrimp, roe, avocado and other good things, and topped with thin slices of grilled eel. Then came the unagi don. And wow, this was good. There’s something about Japanese rice, the small kernels, fluffy but always al dente. They stick together slightly but not too much. It is a great rice to carry sauces, and in this case, the sauce that had dripped down from the unagi had perfectly permeated parts of the rice bowl. The unagi itself was soft and tender, flavorful with its sticky sweet and salty sauce. The bowl was finished off with a few pieces of sweet omelet and slices of ginger. It was a great lunch. I can’t wait for our next lunch at yet another Japanese restaurant in Amstelveen. 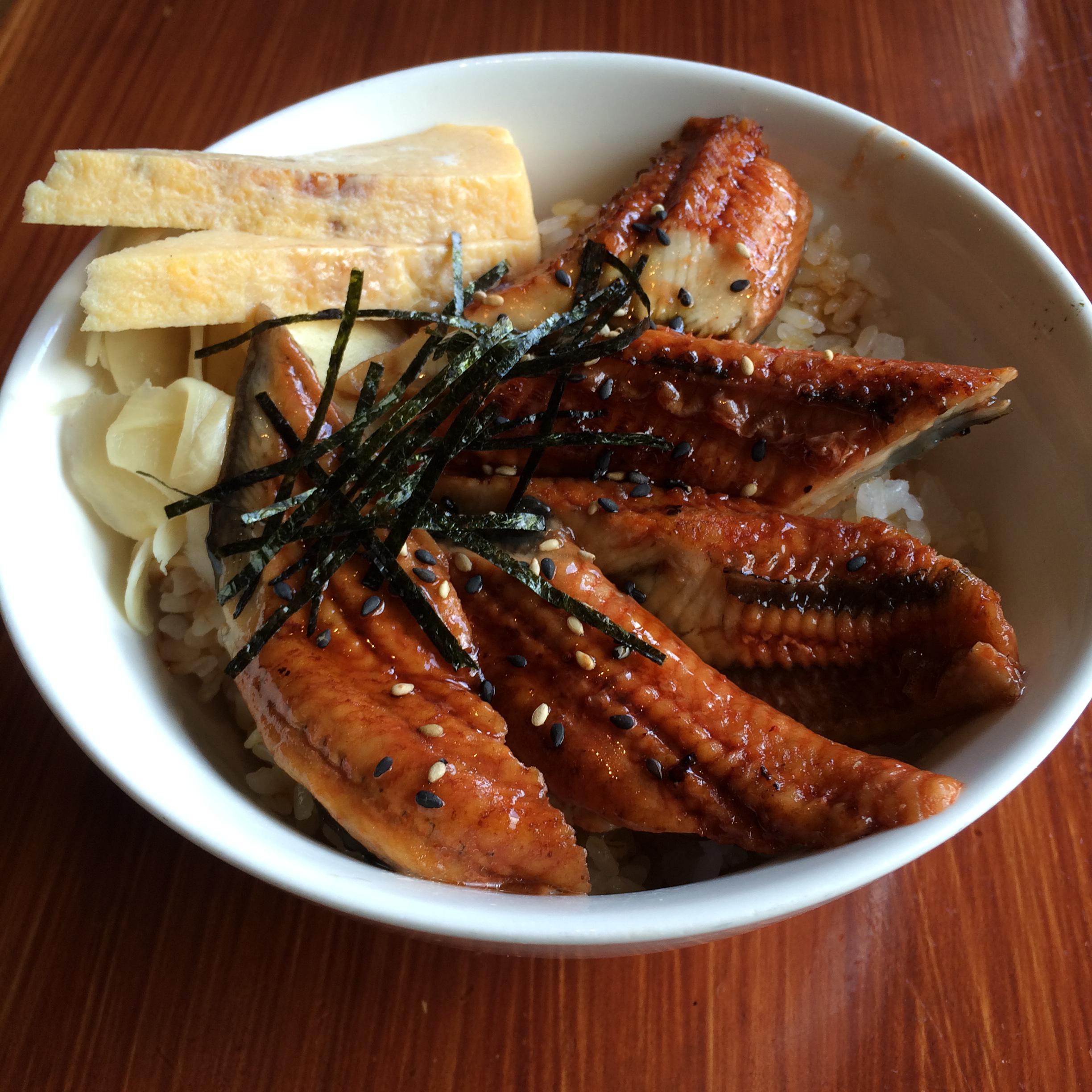