There’s a Vietnamese sandwich place in Rotterdam called Boguette, which makes pretty good sandwiches. It wasn’t until we went to Vietnam that we fully realized that the sandwiches there aren’t very authentic at all, though still flavorful in their own way. A few months ago, some entrepreneurial Vietnamese made a very Asian move by opening up a new place right next to it. Competition! While ordering my inauthentic sandwich one day I asked one of the guys at Boguette if he knew his new neighbors, slightly disgruntled he replied, “No, we don’t know them at all. But I guess there’s nothing we can do about them opening next to us, that’s just market economics.” I asked if he would try the food and he replied that he didn’t want to out of principle. I then suggested it could be good for business to find out what the direct competition is doing. I don’t know if he ever did try it, but I sure did, on two different occasions in fact. And guess what, it’s pretty good and definitely more authentic.

I first had lunch there with a friend. We were greeted by two very friendly Vietnamese ladies that spoke very little Dutch and a little bit of English. This excited me to no end as I figured they hadn’t been away from Vietnam for very long. Perusing the menu I immediately saw that they served Vietnamese coffee, hot or on ice. I drank so much of that stuff when we were in Hanoi so I had to have it. I asked them if they used Vietnamese coffee beans and she proudly showed me the Trung Nguyen brand coffee. Yes! I did a little dance inside my head and settled down in my chair with a goofy smile, anticipating my coffee. It came in the traditional coffee drip apparatus of Vietnam, dripping over a layer of condensed milk. In a separate glass, ice was waiting. One of the ladies gave us the following instructions: after the coffee has filtered all the way through, the milk and coffee mixture is stirred to a light brown, let it cool down a bit, and then the ice is poured into the mixture. “Why not pour it over the ice?” my friend asked. “I don’t know, just do what they say!” He plopped his ice in and it splattered all over the place. “See? It doesn’t make sense.” Perhaps… but the coffee was damn good (sweet caramelized coffee bean flavor) and I was in a happy place. This was not the time to question instructions. We ordered gỏi cuốn (fresh spring roll) to start. He had the phở bò and I had the bún chả. The spring rolls came out first, made with shrimp. They were huge! There was a bit too much rice vermicelli in it, and not enough herbs. It was definitely fresh but just missed some complexity in flavor. Hopefully the rest was going to be better. 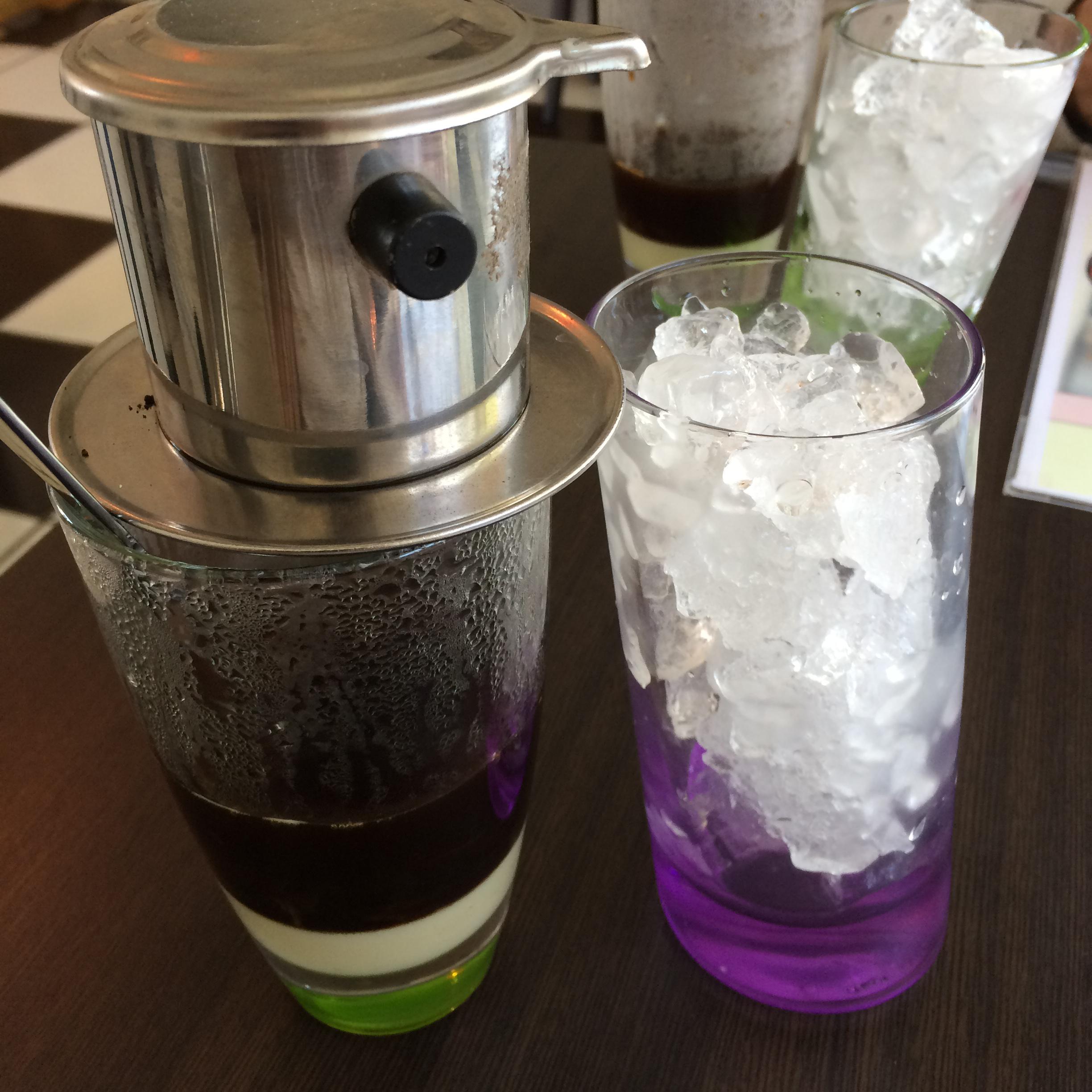 The phở bò came out, a steaming bowl of noodle soup. The clear broth was flavorful, but lacked a bit of punch. It could’ve been stronger. But after adding hoisin, fish sauce, a bit of chili, and the various herbs provided on the side, it improved greatly. Not quite like the pho we had in Hanoi, but of course those experiences are hard to beat. I had bún chả, which is grilled pork served with rice noodles. In Hanoi you’re also given a bowl of broth that you dip your noodles into. That was missing here, unfortunately, though there was a fish sauce-based sauce that I used for dipping. The grilled pork belly meat was really good, and there was a lot of it. There was also a minced meat wrapped in betel leaf (bo la lot), and again various herbs to add flavor to the dish. Though not exactly like what we had in Hanoi, this dish was really good and I would absolutely come back for it. The ladies working there were super friendly and helpful as well, constantly asking if we needed more spices, sauces, or herbs.

Competing directly with their neighbors, they also serve bánh mì, and I needed to know if this one would be more authentic. So about a week later I returned to try it. There are three kinds on the menu, but when I just said bánh mì, she said OK and ran off to make it. So I have no idea what we got! The bun was a mini baguette, but very soft, much like the buns you get in Vietnam. The grilled meat inside was falling out there was so much in it, and it had slightly sour and spicy tones from pickled vegetables and chili sauce. It was a very good sandwich, but it was missing pâté and fresh herbs. Pretty sure they’ll add the fresh herbs on request, not so sure if they have pâté. But the meat was really good, much like the bún chả meat I had previously. Definitely worth another visit to try the other dishes on their menu, and of course when you need a sandwich fix. 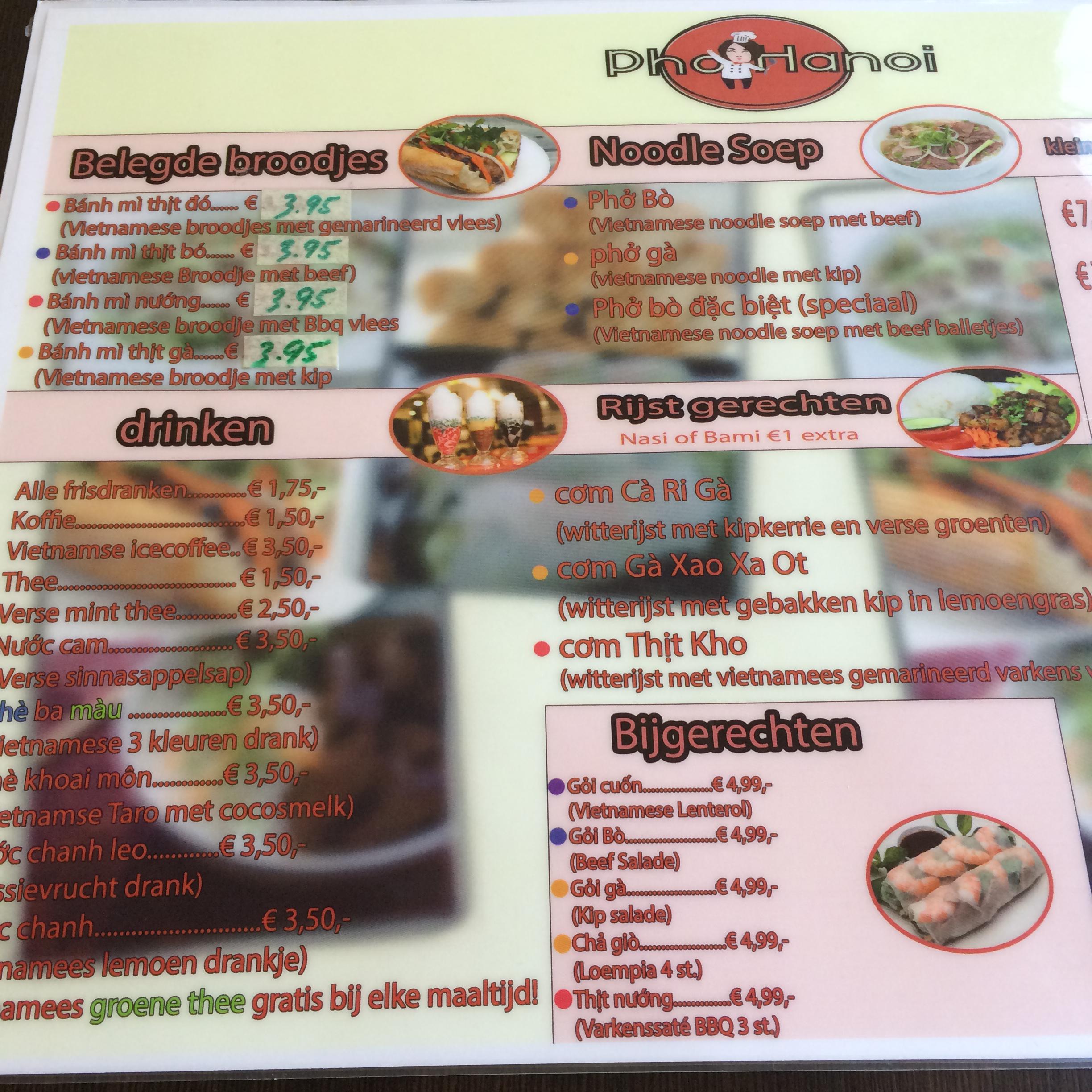 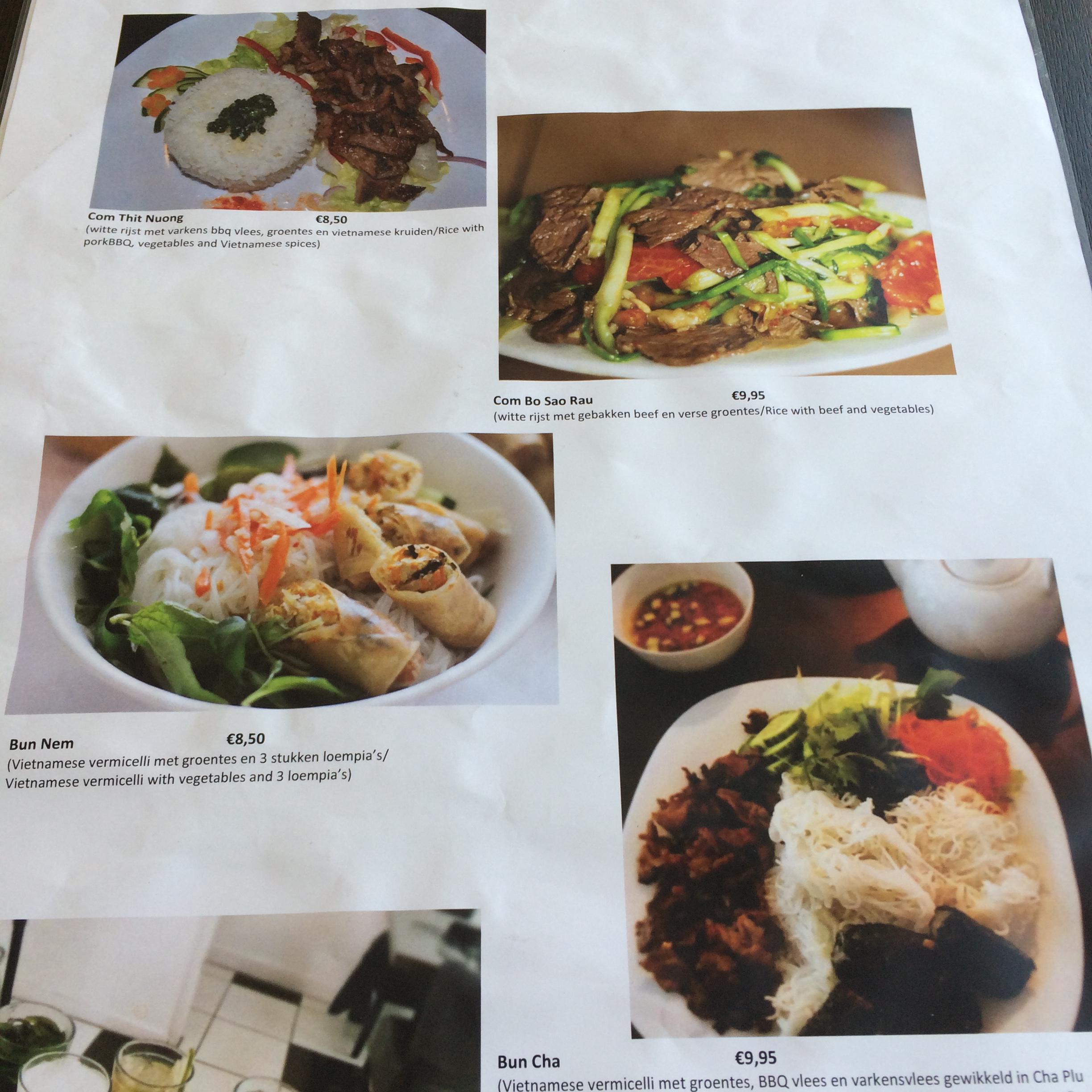